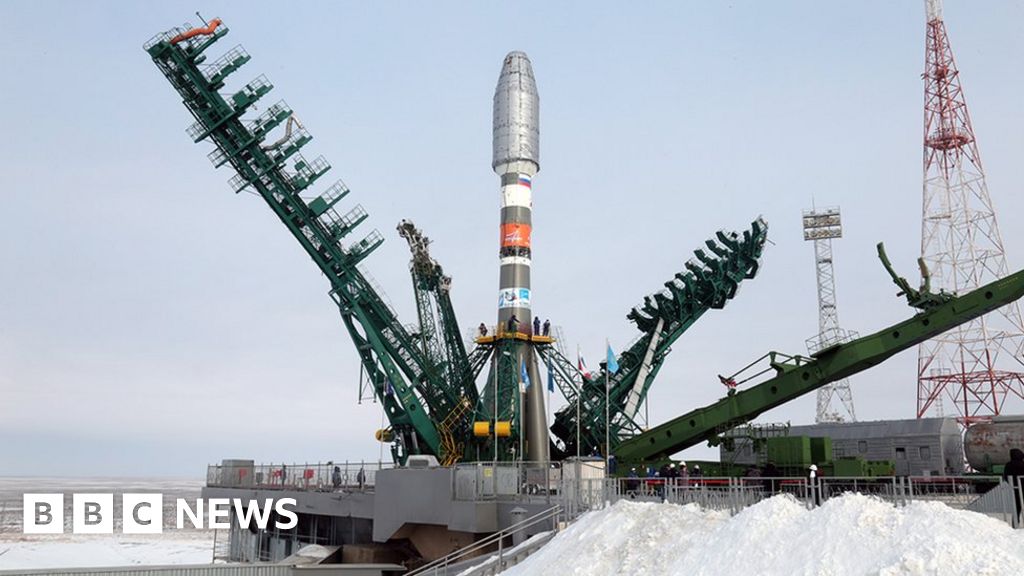 The start-up is building a mega-constellation in the sky to deliver broadband internet to all corners of the globe.

Six spacecraft were lofted in 2019 to prove the technology, but this year will see more than 30 platforms going up at once on a near monthly basis.

The aim is to have the full network in operation by the end of 2021.

OneWeb is in a race with a number of other companies that want to provide the same kind of service.

Likewise, the boss of Amazon.com, Jeff Bezos, the world's wealthiest individual, has proposed a system he calls Kuiper.

But OneWeb CEO Adrian Steckel says his start-up has nothing to fear from these "100lb gorillas".

"There's room for three or four of us. The world is a big place and the appetite for data is insatiable. This won't be a game of 'winner takes all'."

Thursday should see a Soyuz rocket climb out of the Baikonur Cosmodrome in Kazakhstan with 34 satellites on board.

The batch will be put in one of 12 planes planned for the constellation. Next month, another Soyuz will loft a further 34 spacecraft to begin populating two more planes.

Eventually, the full network will comprise 648 satellites (60 of which will be in-orbit spares ready to fill behind any failures).

It's an ambitious roll-out made possible by high volume manufacturing at a factory set up in Florida by OneWeb and the aerospace giant Airbus, who are partners on the the project.

Up to two spacecraft a day are now rolling off the production line.

But while the media are very focused on the numbers of satellites and rockets involved, these elements won't define the West London company's future success or failure.

This will depend more on the relationships OneWeb is able to establish with the telcos and other organisations that will be exploiting and distributing its internet services in countries around the world.

It's partly because of this that OneWeb is emphasising its "Britishness".

Although founded by an American with backing from some big international brands, the firm believes the UK association will help it obtain the "landing rights" it needs for its services in a great many countries.

"We consider ourselves as an international project, but we navigate in a difficult world where not everybody gets along," Mr Steckel said. "And our sense is that the UK's flag and approach allows us to have dialogue with partners that we otherwise might not have the ability to do."

Elon Musk and his SpaceX company have already entered a high cadence of launches, with 240 Starlink satellites placed in orbit since April last year. But this rapid deployment means this American project has walked first into the backlash that may ultimately confront all the coming mega-constellations.

Astronomers have been complaining that the internet satellites are too bright and could seriously impede their view of the cosmos.

OneWeb has so far avoided much of the flack because it has only lofted six test satellites so far. This could change with the upcoming launches.

"It's our understanding that our satellites will be less visible - one, because they're higher in the sky; and, two, because of their design. But we're engaging with the astronomical community. And that's not just PR - we really want to see what we can do."

Last month, both OneWeb and SpaceX met with European scientists for discussions at the Royal Astronomical Society in London.