The four killed by suspected electrocution include a pregnant female, a conservation group says.

Four rare mountain gorillas, including a pregnant female, have died in Uganda after being hit by lightning, a conservation group says.

The three adult females and a male infant were found in Uganda's Mgahinga National Park with "gross lesions" on their bodies indicating electrocution.

The Greater Virunga Transboundary Collaboration (GVTC) called this a "big loss for the species".

There are just over 1,000 mountain gorillas in existence.

The species is restricted to protected areas in the Democratic Republic of Congo, Rwanda and Uganda.

The four that died were part of a 17-member group, which has been called the Hirwa family by the authorities.

The Hirwa group had crossed the border from Rwanda into Uganda last year and had been living in Uganda's Mgahinga National Park.

Mgahinga is in the Virunga mountains which straddle the borders of Uganda, Rwanda and DR Congo.

"This was extremely sad," Andrew Seguya, executive secretary of the GVTC, told the BBC.

"The potential of the three females for their contribution to the population was immense," Mr Seguya said.

He added that the 13 surviving members of the Hirwa family have been found and are feeding well.

Samples from the post-mortem are currently being tested and confirmation of the cause of death is expected within the next three weeks, GVTC said.

In 2018, the mountain gorilla was removed from the list of critically endangered species , after intensive conservation efforts, including anti-poaching patrols, paid off. 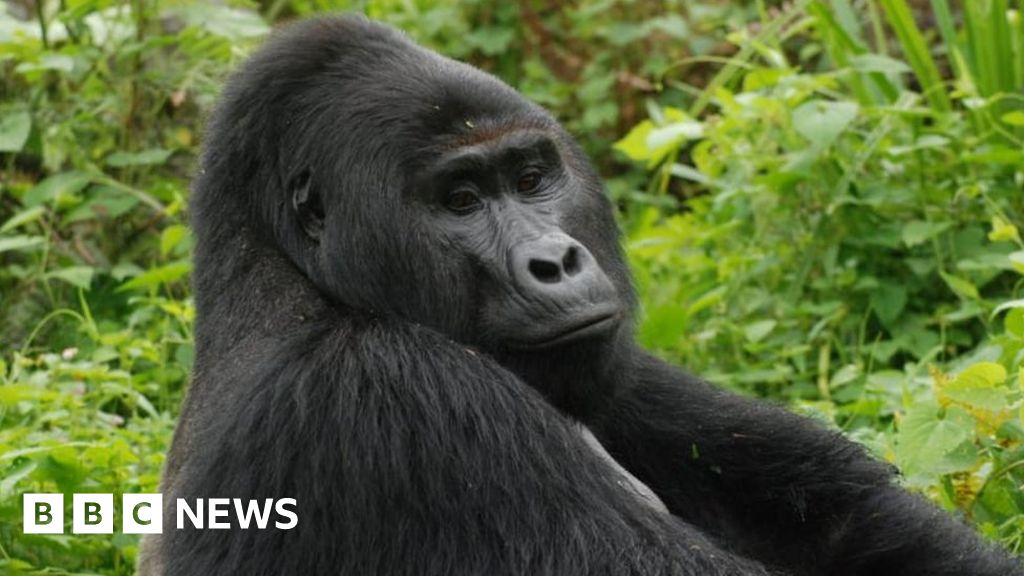