Like a real life version of the game Asteroids, the majority of stars will become so luminous that their light causes asteroids to break into smaller bits. 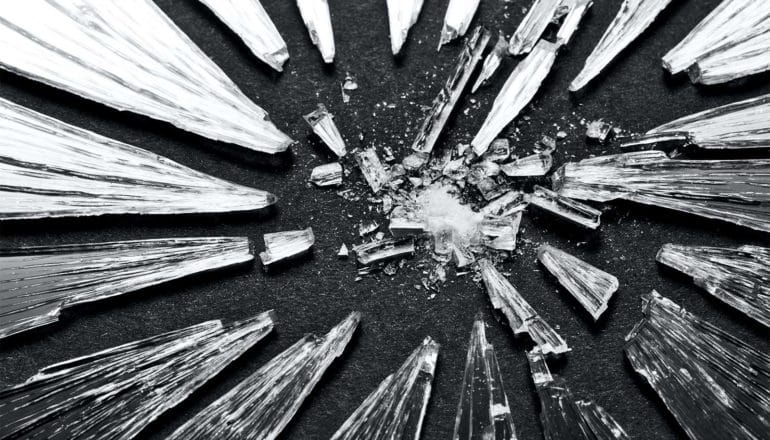 The majority of stars in the universe will become luminous enough to blast surrounding asteroids into successively smaller fragments using their light alone, according to new research.

Electromagnetic radiation from stars at the end of their “giant branch” phase—lasting just a few million years before they collapse into white dwarfs—would be strong enough to spin even distant asteroids at high speed until they tear themselves apart again and again. As a result, our sun will easily pulverize our own asteroid belt billions of years from now, researchers say.

The new study in Monthly Notices of the Royal Astronomical Society analyzes the number of successive break-up events and how quickly this cascade occurs.

The authors conclude that all but the most distant or smallest asteroids in a system would disintegrate in a relatively short one million years, leaving behind debris that scientists can find and analyze around dead white dwarf stars. Some of this debris may be in the form of “double asteroids” which revolve around each other while they orbit the sun.

After main sequence stars like our sun have burnt all their hydrogen fuel, they then become hundreds of times larger during a “giant branch” phase and increase their luminosity ten-thousand-fold, giving out intense electromagnetic radiation. When that expansion stops, a star sheds its outer layers, leaving behind a dense core known as a white dwarf.

“Not only will our own asteroid belt be destroyed, but it will be done quickly and violently. And due solely to the light from our sun.”

Orbiting asteroids will absorb the radiation from the star, redistribute it internally, and then emit it from a different location, creating an imbalance. This imbalance creates a torque effect that very gradually spins up the asteroid, eventually to break-up speed at one full rotation every 2 hours (the Earth takes almost 24 hours to complete a full rotation). The effect, known as the YORP effect, gets its name from four scientists who contributed ideas to the concept.

Eventually, this torque will pull the asteroid apart into smaller pieces. The process will then repeat itself in several stages, much like how in the classic arcade game Asteroids, they break down into smaller and smaller asteroids after each destruction event. The scientists calculate that in most cases more than 10 fission events—or break-ups—will occur before the pieces become too small to break up any further.

“When a typical star reaches the giant branch stage, its luminosity reaches a maximum of between 1,000 and 10,000 times the luminosity of our sun,” says lead author Dimitri Veras from the University of Warwick’s Astronomy and Astrophysics Group.

“Then the star contracts down into an Earth-sized white dwarf very quickly, where its luminosity drops to levels below our sun’s. Hence, the YORP effect is very important during the giant branch phase, but almost nonexistent after the star has become a white dwarf.

“For one solar-mass giant branch stars—like what our sun will become—even exo-asteroid belt analogues will be effectively destroyed. The YORP effect in these systems is very violent and acts quickly, on the order of a million years. Not only will our own asteroid belt be destroyed, but it will be done quickly and violently. And due solely to the light from our sun,” Veras says.

The remains of these asteroids will eventually form a debris disc around the white dwarf that will draw into the star, “polluting it.” Astronomers can detect this pollution from Earth and analyze it to determine its composition.

“These results help locate debris fields in giant branch and white dwarf planetary systems, which is crucial to determining how white dwarfs are polluted,” adds Veras. “We need to know where the debris is by the time the star becomes a white dwarf to understand how discs are formed. So the YORP effect provides important context for determining where that debris would originate.”

When our sun dies and runs out of fuel in about 6 billion years it too will shed its outer layers and collapse into a white dwarf. As its luminosity grows it will bombard our asteroid belt with increasingly intense radiation, subjecting the asteroids to the YORP effect and breaking them into smaller and smaller pieces.

Most asteroids, known as “rubble piles”—a collection of rocks loosely held together—have little internal strength. However, smaller asteroids have greater internal strength, and while this effect will break down larger objects quite quickly, the debris will plateau at objects around 1-100 meters in diameter. Once the “giant branch” phase starts the process will continue unabated until reaching this plateau.

The effect lessens with increasing distance from the star and with increasing internal strength of the asteroid. The YORP effect can break up asteroids at hundreds of AU (Astronomical Units), much further away than where Neptune or Pluto resides.

However, the YORP effect will only influence asteroids. Objects larger than Pluto will likely escape this fate due to their size and internal strength—unless another process, such as a collision with another planet, breaks them up, the researchers say.

The post Starlight alone can tear asteroids into pieces appeared first on Futurity. 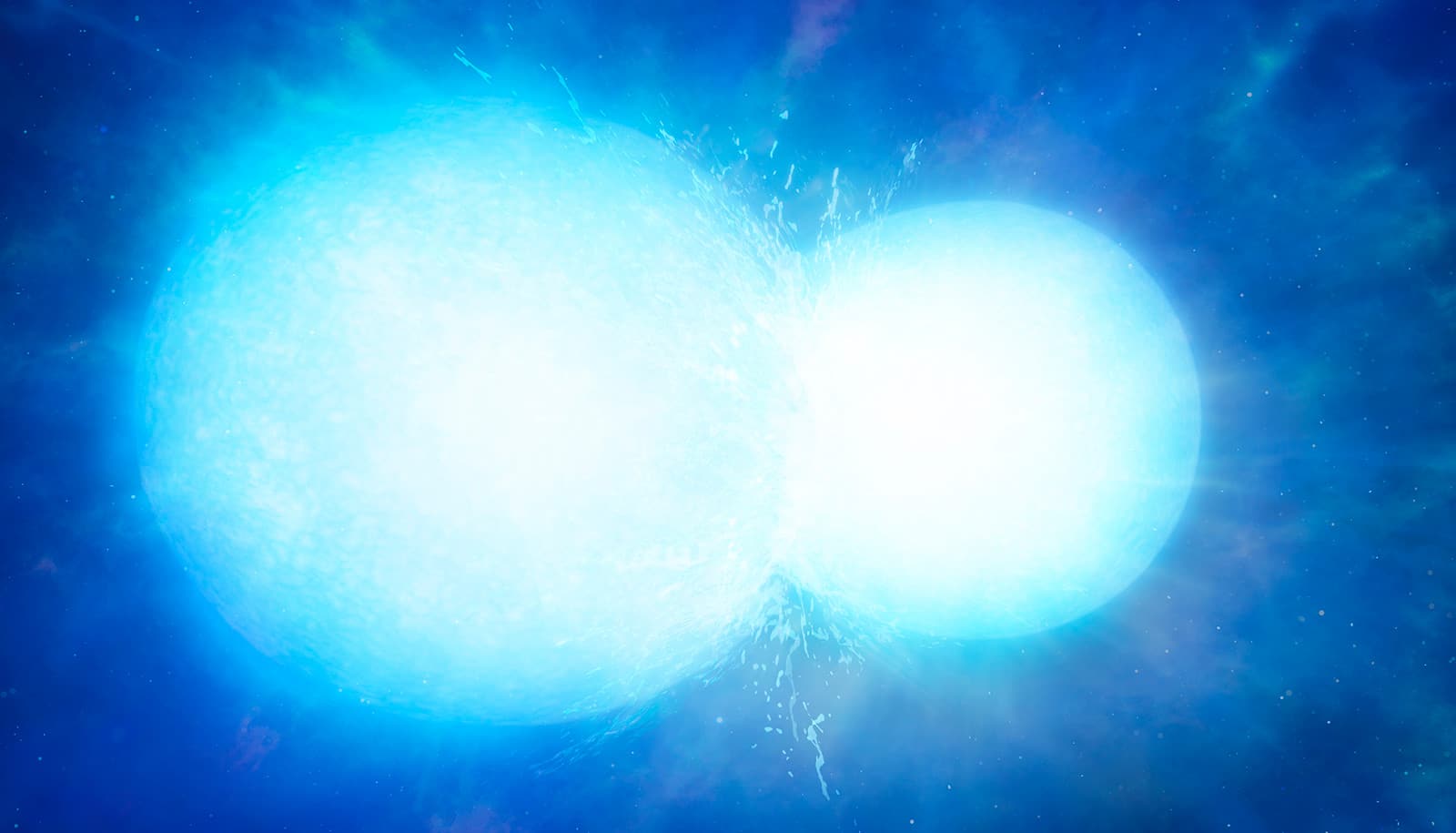 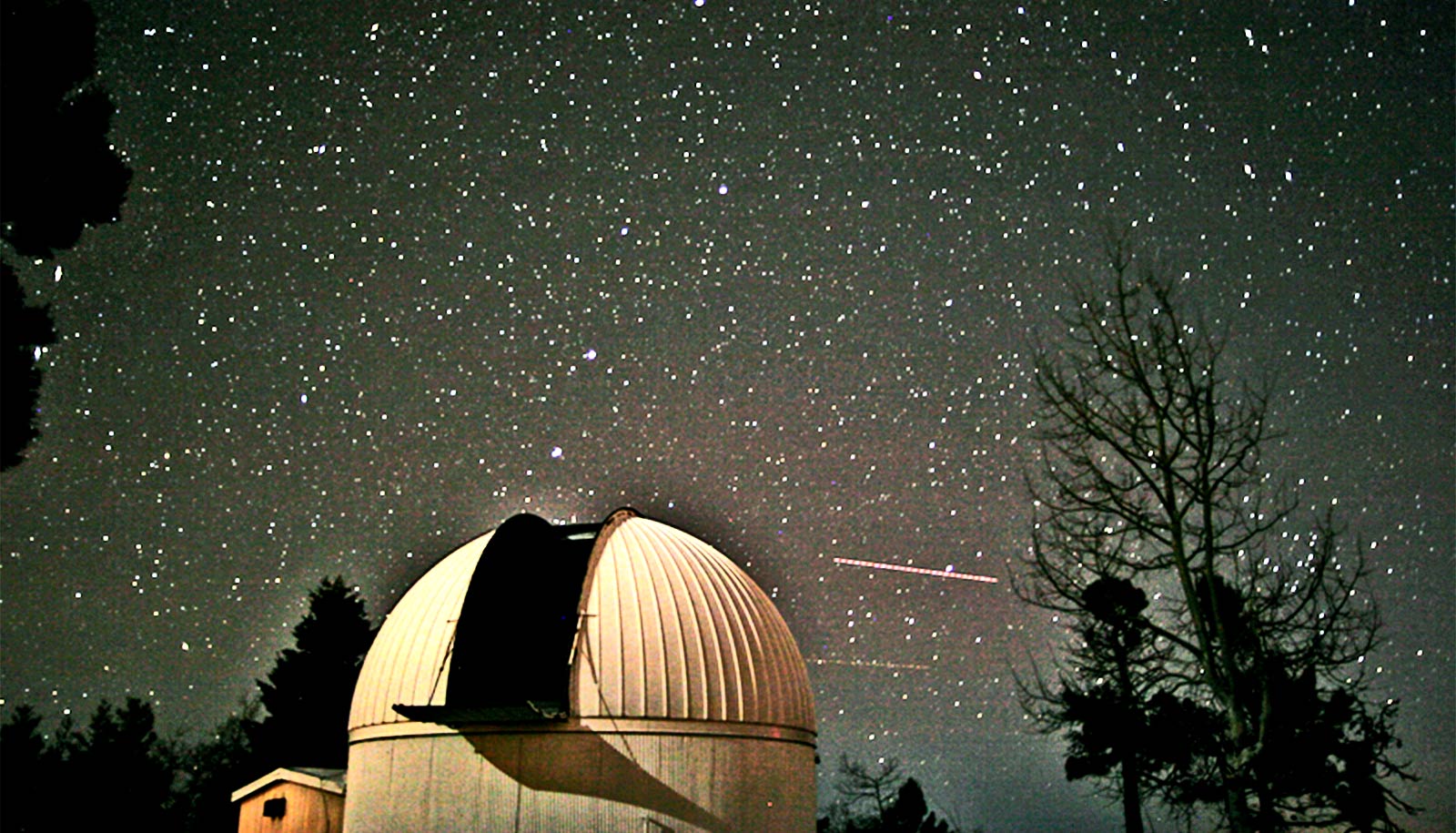