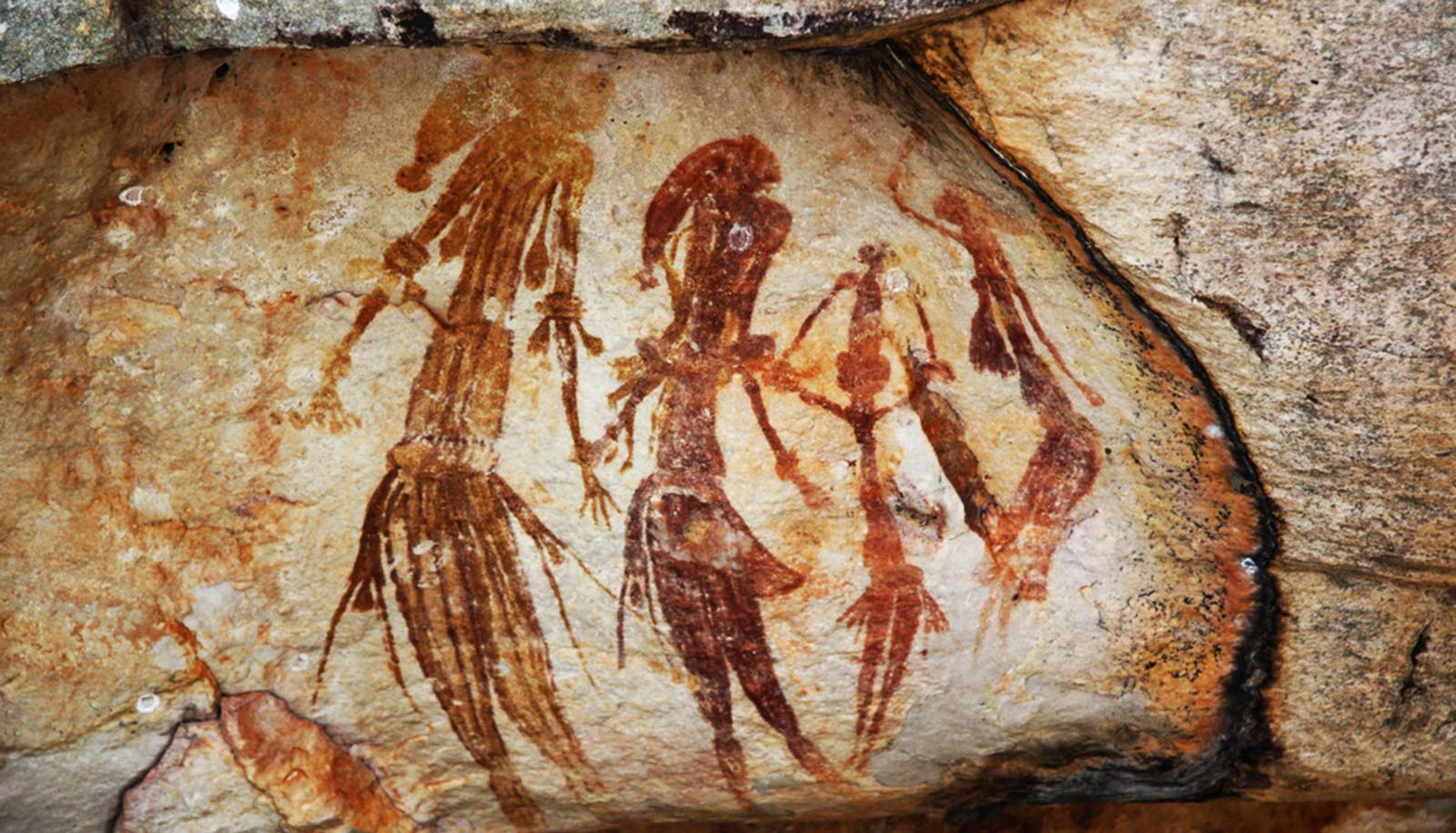 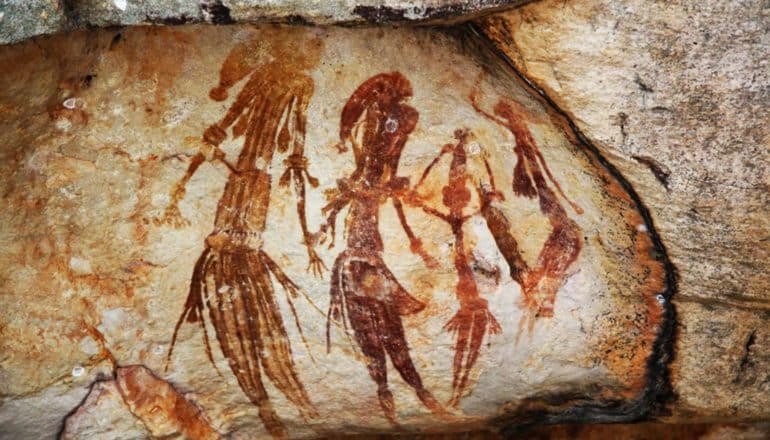 Mud wasp nests have helped establish a date for one of the ancient styles of Aboriginal rock art in the Kimberley region of Australia.

“This is the first time we have been able to confidently say Gwion style paintings were created around 12,000 years ago,” says PhD student Damien Finch, from the School of Earth Sciences at the University of Melbourne. “No one has been able present the scientific evidence to say that before.”

One wasp nest date suggested one Gwion painting was older than 16,000 years, but the pattern of the other 23 dates is consistent with the Gwion Gwion period being 12,000 years old.

The rock paintings, more than twice as ancient as the Giza Pyramids, depict graceful human figures with a wide range of decorations including headdresses, arm bands, and anklets. Some of the paintings are as small as 15 cm (about 6 inches), others are more than two meters (6 and a half feet) high.

A paper on the details appears in Science Advances.

More than 100 mud wasp nests collected from Kimberley sites, with the permission of the Traditional Owners, were crucial in identifying the age of the unique rock art.

Lack of organic matter in the pigment used to create the art had previously ruled out radiocarbon dating. But the university and ANSTO scientists were able to use dates on 24 mud wasp nests under and over the art to determine both maximum and minimum age constraints for paintings in the Gwion style.

Rock art is always hard to date because the pigment used usually does not contain carbon, the surfaces are exposed to intense weathering, and nothing is known about the techniques used thousands of years ago, says coauthor Vladimir Levchenko of ANSTO.

“Beeswax or resin have also been used—usually on more modern samples,” says Levchenko.

“Although soil is full of carbon, most of it is easily degradable. However, charcoal is more likely to survive for longer periods. There is lots of black carbon in Australian soil because of bushfires.”

“The Kimberley contains some of the world’s most visually spectacular and geographically extensive records of Indigenous rock art, estimated to include tens of thousands of sites, only a small fraction of which have been studied intensively,” says professor Andy Gleadow of the School of Earth Sciences, who initiated the project in 2014 with professor Janet Hergt.

Hergt says being able to estimate the age of Gwion art is important for gaining its context—what was happening in the environment and what we know from excavations about other human activities at the same time.