Teens who use Juul might not consider it vaping

When researchers added the term "Juul" to questions about e-cigarette use, high school students who said they had vaped rose dramatically. 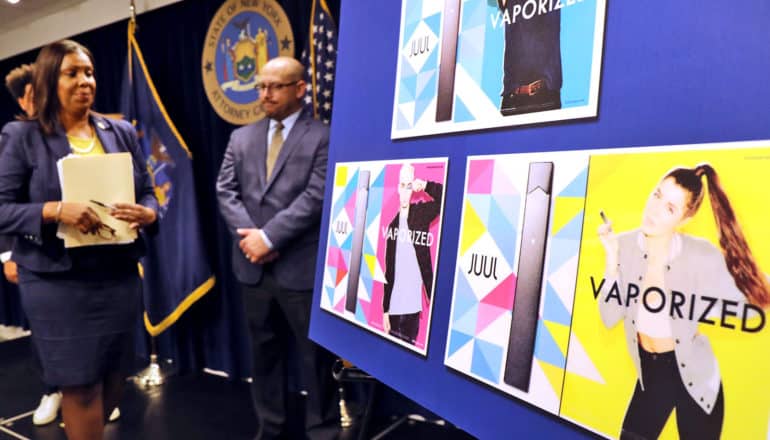 The popular e-cigarette brand Juul may have so much influence over high school students’ perceptions of vaping, that some teens don’t consider themselves users.

The ubiquity of the term “Juuling” has created challenges for measuring e-cigarette use, so in a 2018 tobacco focused survey of 4,183 public high school students in New Jersey, researchers added Juul specific questions to assess e-cigarette use.

Students reported higher use when the measure of e-cigarette use included Juul,  researchers say. In some cases, the addition of the Juul specific question resulted in dramatic increases in youth e-cigarette estimates, particularly for female students and black students. For example, e-cigarette prevalence nearly doubled among black students when Juul use was included.

The study, published in JAMA Network Open, suggests that health officials might have underestimated the prevalence of teen e-cigarette use.

One out of 10 high school seniors reported using e-cigarettes on 20 or more days in the 30 days preceding the survey.

“We’ve suspected that the brand Juul contributed to the increase of e-cigarette use among teens, but I think we were surprised at the extent of the brand’s popularity among young people,” says coauthor Mary Hrywna, an assistant professor at the Center for Tobacco Studies and the Rutgers School of Public Health.

“Almost half of current e-cigarette users said Juul was the first e-cigarette product they tried and more than half of the high students reported seeing people use Juul on school grounds.”

Current and frequent e-cigarette use was highest among 12th graders. In fact one out of 10 high school seniors reported using e-cigarettes on 20 or more days in the 30 days preceding the survey.

“This pattern of heavy use is consistent with nicotine addiction,” says coauthor Cristine Delnevo, director of the Rutgers Center for Tobacco Studies. “It’s however not surprising given the high nicotine delivery of Juul”.

“We need to think more carefully about how future questions are constructed when assessing e-cigarette use among teens,” Hrywna says.

“Policymakers must understand how certain brands have driven e-cigarette use and carve out policies that address restrictions by age and location as well the high nicotine concentrations in these products if we hope to reduce these prevalence rates.” 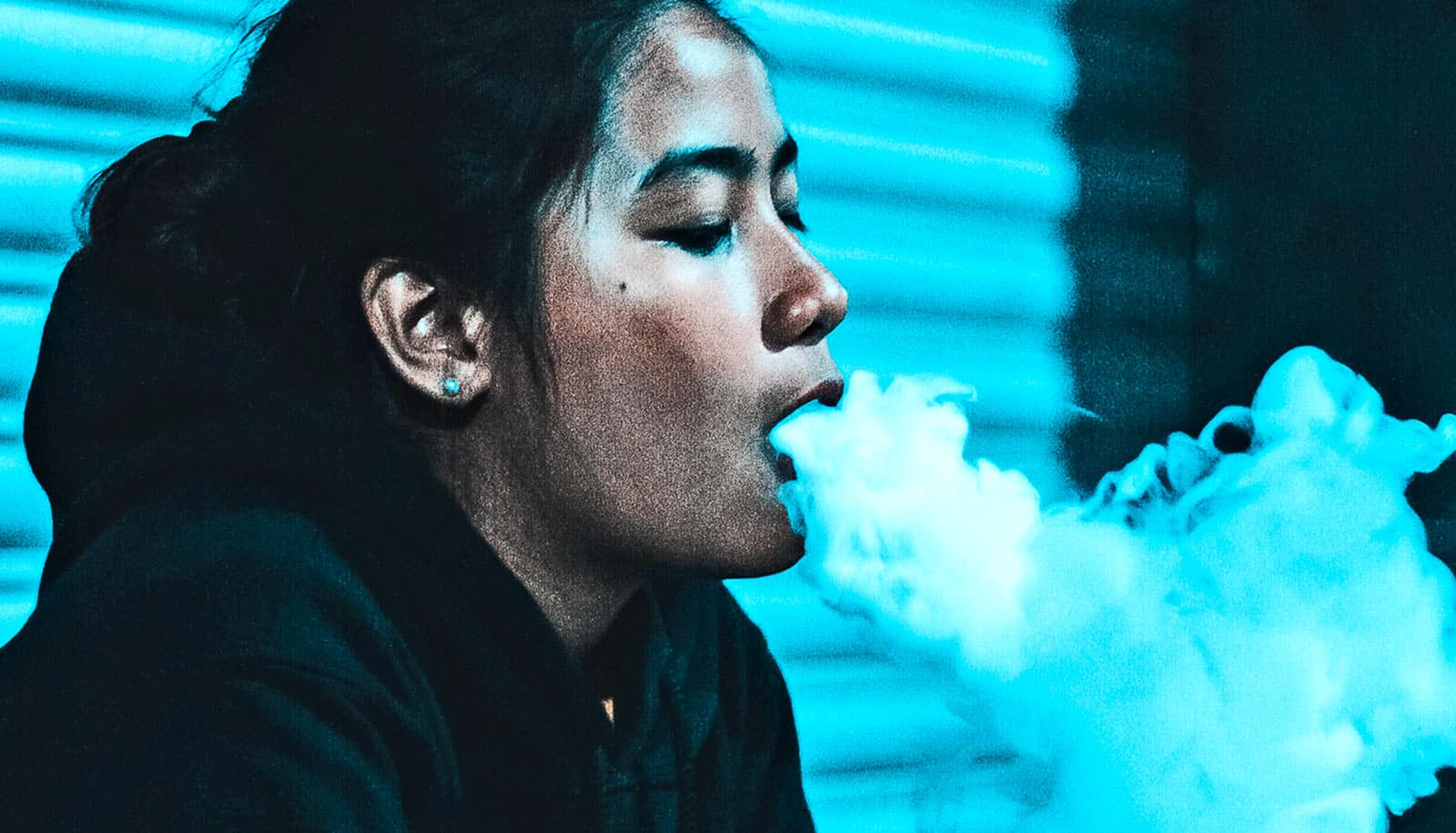 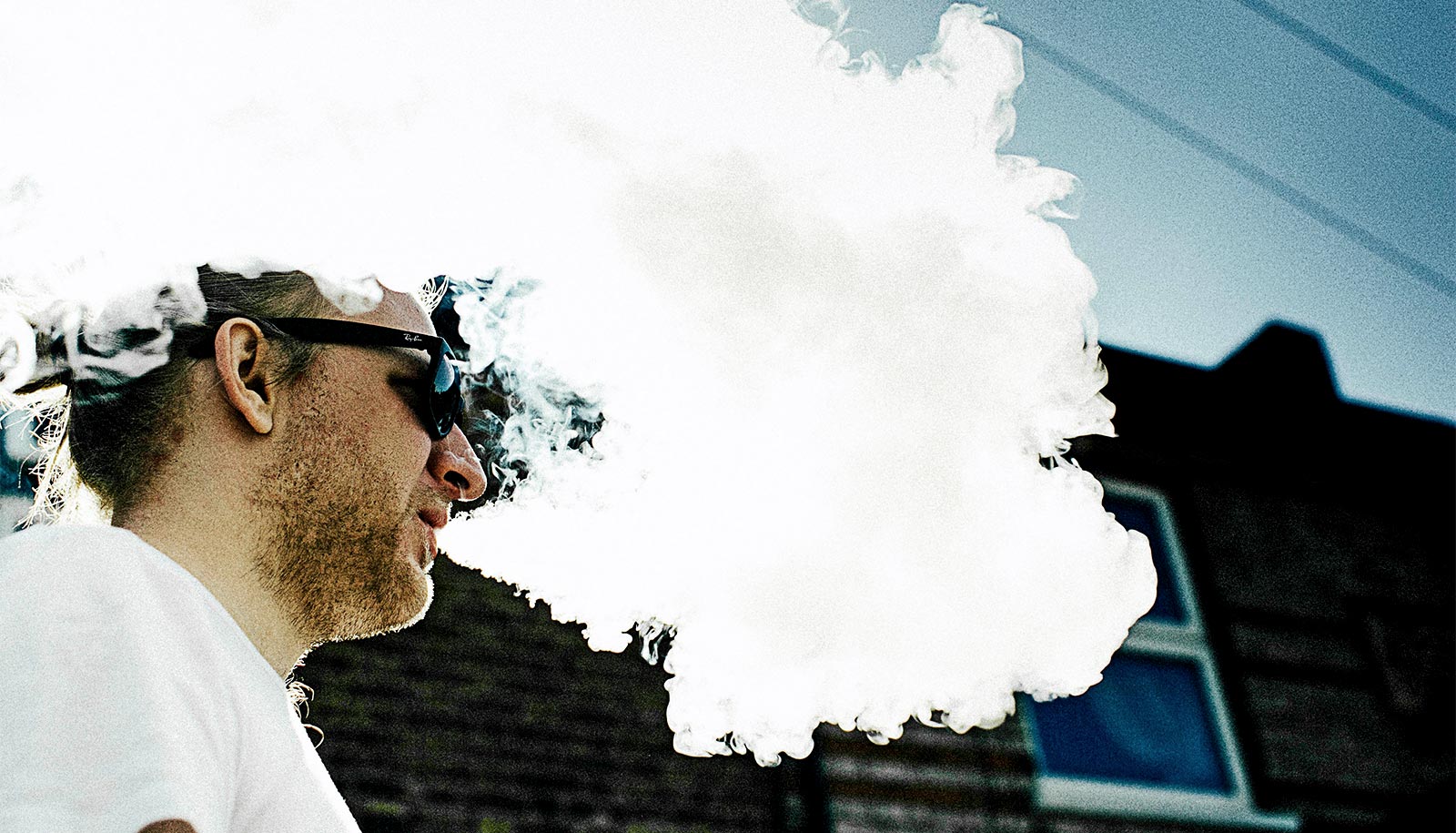