Women who head departments at public medical schools may have broken the "glass ceiling" but still earn as much as $80,000 less than men. 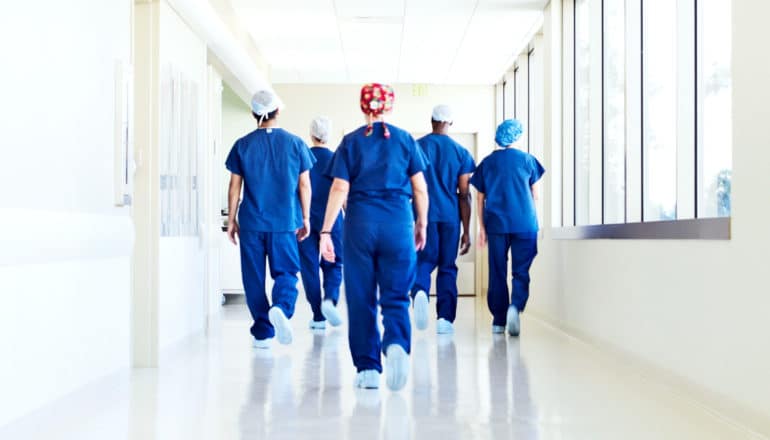 Salaries for women who chair clinical departments at public medical schools average about of 88 cents less for every dollar paid to men, or about $70,000 to $80,000 per year, a new study shows.

The disparity remains regardless of the women’s academic productivity, specialization, and years on the job.

“These women are at the top of their game,” says Eleni Linos, a professor of dermatology at Stanford University. “They are skilled leaders, outstanding managers, and experienced negotiators who have reached top positions in their medical schools.

“This study challenges these traditional explanations because our sample of medical department leaders have navigated these complex challenges and broken through the ‘glass ceiling.’ Yet they are still paid less than their male peers when controlling for many factors. Our study shows the pervasiveness of gender inequities at all levels of academic medicine,” Linos says.

As reported in JAMA Internal Medicine, researchers surveyed publicly available salary information from 29 public medical schools in 12 states. They compared the average salaries in 2017 of 550 chairs of clinical departments. About one-sixth of the chairs were women, who, the researchers found, earned about $80,000 less per year than their male counterparts.

The researchers then controlled for the position’s title to avoid comparing interim appointments with permanent positions, regional cost of living differences, length of time each person held the position, and academic specialization. But the disparity remained, with women earning about $70,000 less per year than the men.

Controlling for the number of academic publications and grants awarded by the National Institutes of Health, the researchers found that women earned about $63,600 less than men.

“When you adjust for all these factors, you still see a pay gap,” Linos says. “This calls into question the common explanations for gender disparities and highlights a pervasive structural problem that needs to be addressed. Women are regularly paid less than men, even at the highest levels of academic medicine”