Two oil rigs which had been owned by Diamond Offshore ended up being scrapped on a beach in India.

A North Sea oil company with a base in Scotland has been accused of profiting from a deadly and toxic industry after two of its oil rigs ended up being scrapped on a beach in India.

Campaigners say at least 137 people have died over the last decade in the shipbreaking yards in Alang, and that the yards cause "massive" damage to the environment.

Diamond Offshore, a leading offshore drilling firm with major bases in the US and Aberdeen, sold five rigs to another company, Global Marketing Systems (GMS), in 2017. It is likely that each rig contains tonnes of toxic waste.

A new BBC Disclosure programme due to be broadcast at 20:30 on Monday reveals that GMS sold on two rigs, which had been operating in US waters, to shipbreaking yards in Alang.

The other three rigs were detained in the Cromarty Firth by the Scottish Environment Protection Agency (Sepa) because it believed they too were bound for India.

UK and international law prevents the movement of waste from the UK to developing countries.

Sepa chief executive Terry A'Hearn told the BBC the three rigs will remain in the Cromarty Firth until it is satisfied they are going somewhere that they can be "handled properly".

He said companies like Diamond Offshore had a "duty of care" under the law" to make sure that they're giving their material to someone who's going to be doing the right thing with it".

Companies seeking to sell their retired ships or rigs often use cash buyers, or "middlemen", like GMS - which has been accused of flouting international laws by selling to shipbreaking yards with poor safety records in south Asia.

Shipbreaking yards in India, Bangladesh and Pakistan have much lower costs than approved recycling yards in Europe, and pay a much higher premium for ships and rigs which are due to be scrapped.

The industry in South Asia has been criticised by campaigners over its safety and environmental record.

BBC Disclosure tracked down one of Diamond Offshore's old rigs, the Ocean Alliance, in Alang.

It had been sold on by GMS to the Hariyana shipbreaking yard, where workers say they are only paid about 35p an hour.

The Hariyana website says it operates a "green recycling policy" and that workers' safety is a priority.

But secret filming obtained by the BBC showed workers operating acetylene torches with no breathing mask or protective clothing.

Drone footage taken also revealed debris littering the beach around the remains of the Ocean Alliance.

Diamond Offshore said its sales contracts require "those that we contract with to comply with all applicable laws", including in the "preparation, transport and recycling of rigs".

"The rigs ceased to be part of the Diamond fleet more than two years ago and we are therefore not in a position to comment on the current status or future plans for these rigs."

GMS denied it owned the rigs in the Cromarty Firth or was was about to move them to India in breach of regulations.

GMS said of the recycling of the Ocean Alliance in Alang: "To suggest [it] was done contrary to the highest Corporate Social Responsibility standards which GMS proudly... adheres to… could not be further from the truth." 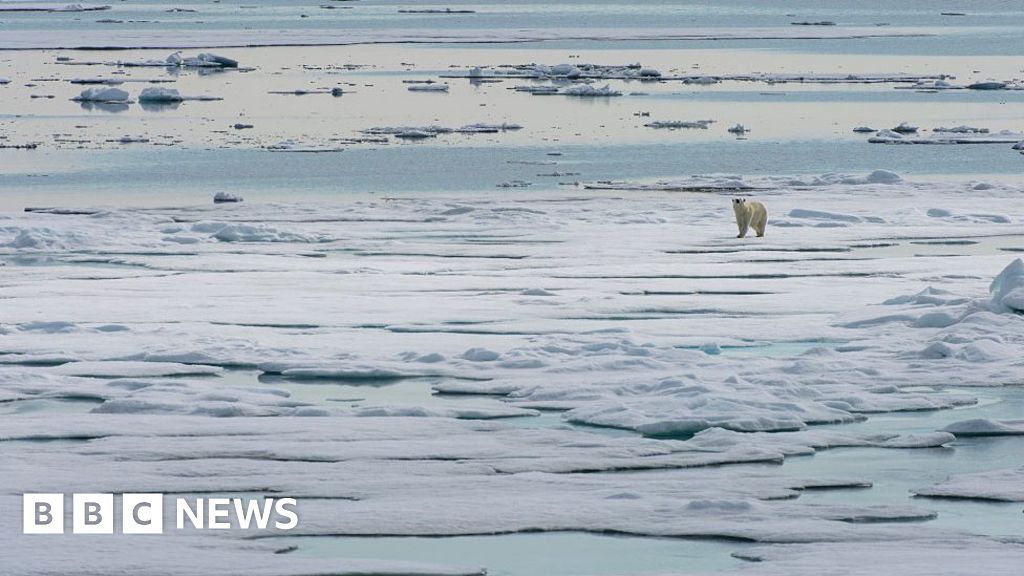