"The irony is that by fighting against certain environmental regulations, these folks may be damaging their own earning capacity." 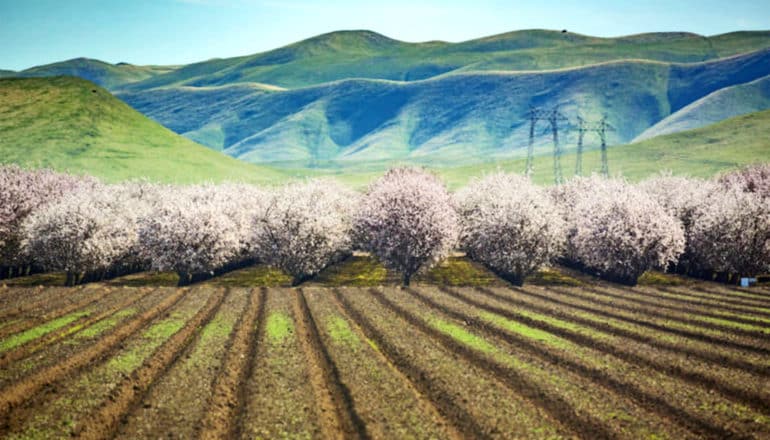 Farmers in California’s Central Valley have seen a boost in the productivity of their high-value crops—and greater earnings—as a result of the Golden State’s strict air pollution regulations, researchers report.

For the study in Nature Food, researchers conducted a statistical analysis of pollution exposure and yields from 1980 to 2015 on a key sector making up about 38% of the state’s total agricultural output: perennial crops such as almonds, grapes, nectarines, peaches, strawberries, and walnuts.

They found that reductions in ground ozone during this 35-year period resulted in $600 million in increased production annually by the early 2010s.

“A lot of California farmers may not appreciate that air quality standards have had such a benefit on their ability to grow crops,” says coauthor Steven Davis, associate professor of earth system science at the University of California, Irvine.

“The irony is that by fighting against certain environmental regulations, these folks may be damaging their own earning capacity.”

The researchers also projected yield changes up to 2050 under various scenarios, determining that expected declines in ambient ozone will result in a 5% boost in wine grapes, an 8% climb in nectarines, and a 20% jump in table grapes.

They discovered, however, that yields of other crops, such as almonds, may suffer comparable decreases due to higher temperatures.

Davis notes that earlier studies on the impact of climate warming and ambient ozone on the state’s ability to grow food have focused on high-volume staple crops such as wheat, soy, and rice. But he and his colleagues chose to concentrate on perennials because of the long-term investment they represent and the fact that California is a major supplier of this type of produce.

“These aren’t the things that are providing the global population with its main source of calories. These are the sweet things in life—fruits, nuts, and grapes for wine,” Davis says. “Also, monetarily, some of these crops are a lot more valuable than wheat or corn.”

Another difference is that some grains can be annually modified to withstand greater heat and even higher ozone levels in the air. But almond trees, for example, remain for decades (to recoup the capital investment in them), and once planted, there’s no way to make them more tolerant of changing conditions.

The study demonstrated that the effects of warming have not been statistically significant for many perennial crops to date, but ambient ozone—much of which results from emissions from California’s energy production and transportation sectors—substantially reduces harvests of strawberries, grapes, peaches, and nectarines—by as much as 22% in the case of table grapes.

“If you look at a map of the state, you’ll see an overlap in areas such as the San Joaquin Valley where many perennial crops are grown and which have high levels of ozone pollution,” says lead author Chaopeng Hong, a postdoctoral scholar in earth system science.

“This co-location indicates that there are opportunities to increase the state’s crop production with even a localized reduction in the amount of ambient ozone pollution.”

Tropospheric ozone is created when nitrogen oxide, emitted primarily through human activities, reacts with volatile organic compounds in sunlight. When ozone enters plants’ leaves via their stomates, it burns plant cells via oxidization, impairing photosynthesis and the energy the plants can dedicate to producing fruit.

Davis says that now that he and his fellow climate scientists know more about the relationship between air pollution and agricultural output, California is in a position to serve as a test bed for different climate change mitigation scenarios.

“We can really look at the state’s energy and transportation systems and be quantitative about how those things might help or hurt agriculture,” he says.

“As we transition away from fossil fuels in favor of solar and wind energy and electric vehicles, there will be big changes in ozone pollution. We can simulate those changes and project the effects on California’s most valuable crops.” 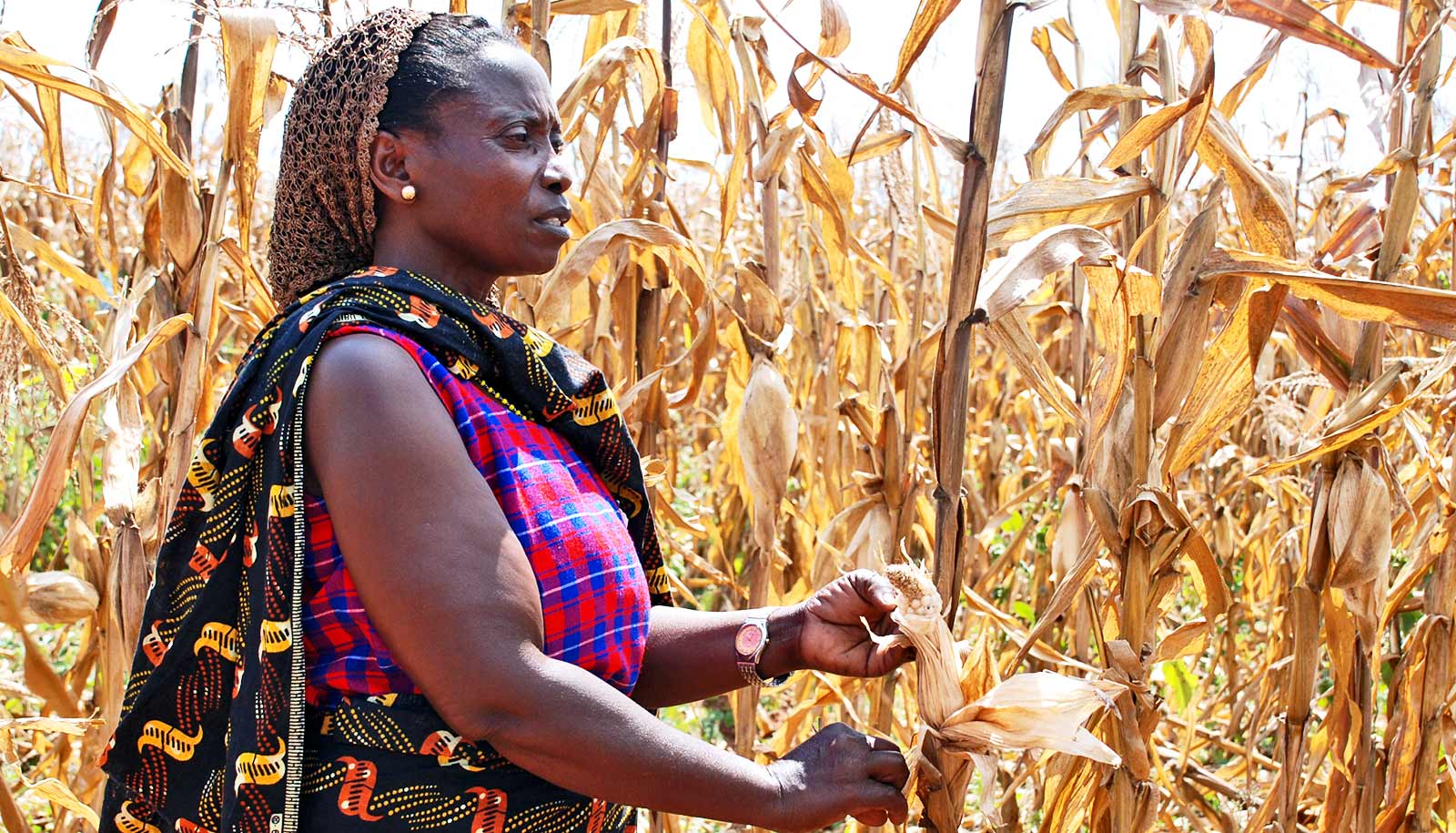