Images from camera traps show West African lions venturing out of protected areas and closer to humans. Researchers have an idea why. 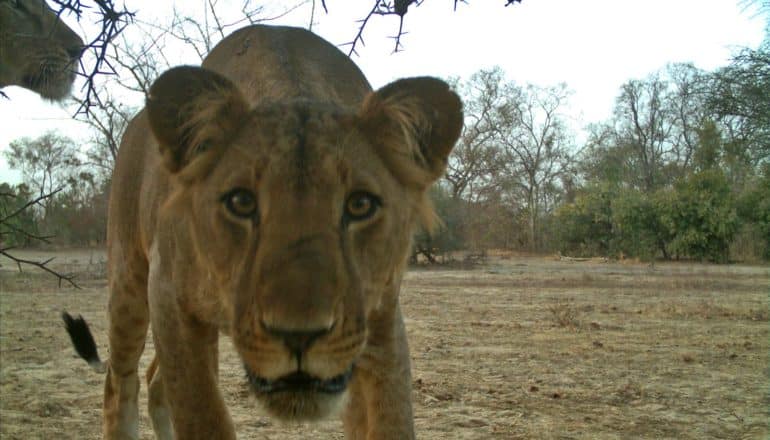 West African lions are a critically endangered subpopulation, with an estimated 400 remaining and strong evidence of ongoing declines.

Given that wildlife protection is one of the main purposes of a national park, you might expect West African lions to favor life inside park boundaries, rather than within the privately managed hunting concessions that surround the parks. After all, lions tend to shun people, and human pressures are higher in hunting areas than in the parks.

But the new camera survey of West African lions—believed to be the largest wildlife camera survey ever undertaken in West Africa and the first carried out within WAP Complex national parks and hunting concessions—found otherwise.

The findings, published in the Journal of Applied Ecology, have implications for conservation management of the remaining West African lions.

So why are the lions not avoiding people?

“Our results suggest habitat quality in national parks is inadequate, leading to a lack of preference in lions despite lower human pressures,” says doctoral student Kirby Mills of the University of Michigan’s Applied Wildlife Ecology (AWE) Lab, lead author of the study.

The researchers suspect that the lure of plentiful water, high-quality habitat, and abundant prey on hunting properties outweigh the lions’ natural avoidance of humans. Revenues from trophy hunting pay for enhanced infrastructure such as irrigation systems and solar-powered pumps at watering holes, as well as added patrol staff.

At the same time, under-resourced national parks struggle to deal with degraded wildlife habitat, poachers, inadequate staffing, and displacement of wildlife by livestock, which are permitted within the parks.

“We recommend prioritizing the reduction of habitat degradation in the parks and increasing water availability to increase suitable habitat for lions and their prey,” says Mills, who conducted the study for her master’s thesis at the University of Michigan School for Environment and Sustainability. “But at the same time, we recognize that management interventions at a large scale require economic resources unavailable to park managers in WAP, an incongruity prolific throughout the range of African lions.”

In the study, 238 motion-activated digital cameras were deployed across 5,000 square miles in three WAP Complex national parks and 11 of the hunting concessions. The fieldwork took place from February through June in 2016, 2017, and 2018.

The researchers captured some 1.7 million images during that time, but West African lions triggered the shutter just 96 times, reflecting the critically endangered feline’s scarcity. The cameras were programmed to rapid-fire three to five frames when triggered, so the total number of lion images is 360.

The camera data were used in two types of mathematical models—occupancy models and structural equation models. The occupancy models allowed the researchers to calculate the probability that an animal used a given space, while the SEM models enabled them to disentangle the relative effects of environmental, ecological, and anthropogenic factors influencing space use by West African lions.

The researchers found that lion occupancy was largely driven by prey availability, which in turn was shaped by ecological and environmental variables—such as water availability and habitat diversity—that scored higher in hunting concessions than in national parks.

“We hypothesize that ecological cues indicating high-quality habitat, such as plentiful water and available prey, are mitigating the expected avoidance response to the increased human pressures and competitor activity in hunting concessions,” says senior author Nyeema Harris, an assistant professor in the department of ecology and evolutionary biology and director of the AWE Lab. Harris designed the project and led the fieldwork with a team that included government employees and students from Burkina Faso and Niger.

“Because the lions rely heavily on prey, managers may be able to manipulate the distribution of prey within WAP to directly influence spatial distributions of lions and indirectly reduce human-lion conflict.

Trophy hunting is permitted in all of the WAP Complex concessions but is illegal in the five national parks and in Niger’s Tamou game reserve, which is part of the protected area complex. The lions are known to feed on several species of antelope, as well as savanna buffalos and warthogs. Predators that compete with the lions for food include spotted hyenas and leopards.

West African lions are categorized as critically endangered in the International Union for Conservation of Nature’s Red List of Threatened Species. In its 2015 assessment, the IUCN states that the West African lion subpopulation is estimated at just above 400 animals, with fewer than 250 mature individuals.

West African lions are smaller than, and genetically distinct from, other African lions. They form smaller prides, and the males have little to no mane.

“This population continues to decline,” the IUCN assessment states. “Further deterioration of the last protected areas harboring lions in West Africa will likely lead to the local extinction of the species.”

Financial support for the project came from the University of Michigan’s African Studies Center-STEM Initiative, its Office of Research, the German Society of Mammalian Biology, and the Detroit Zoological Society. 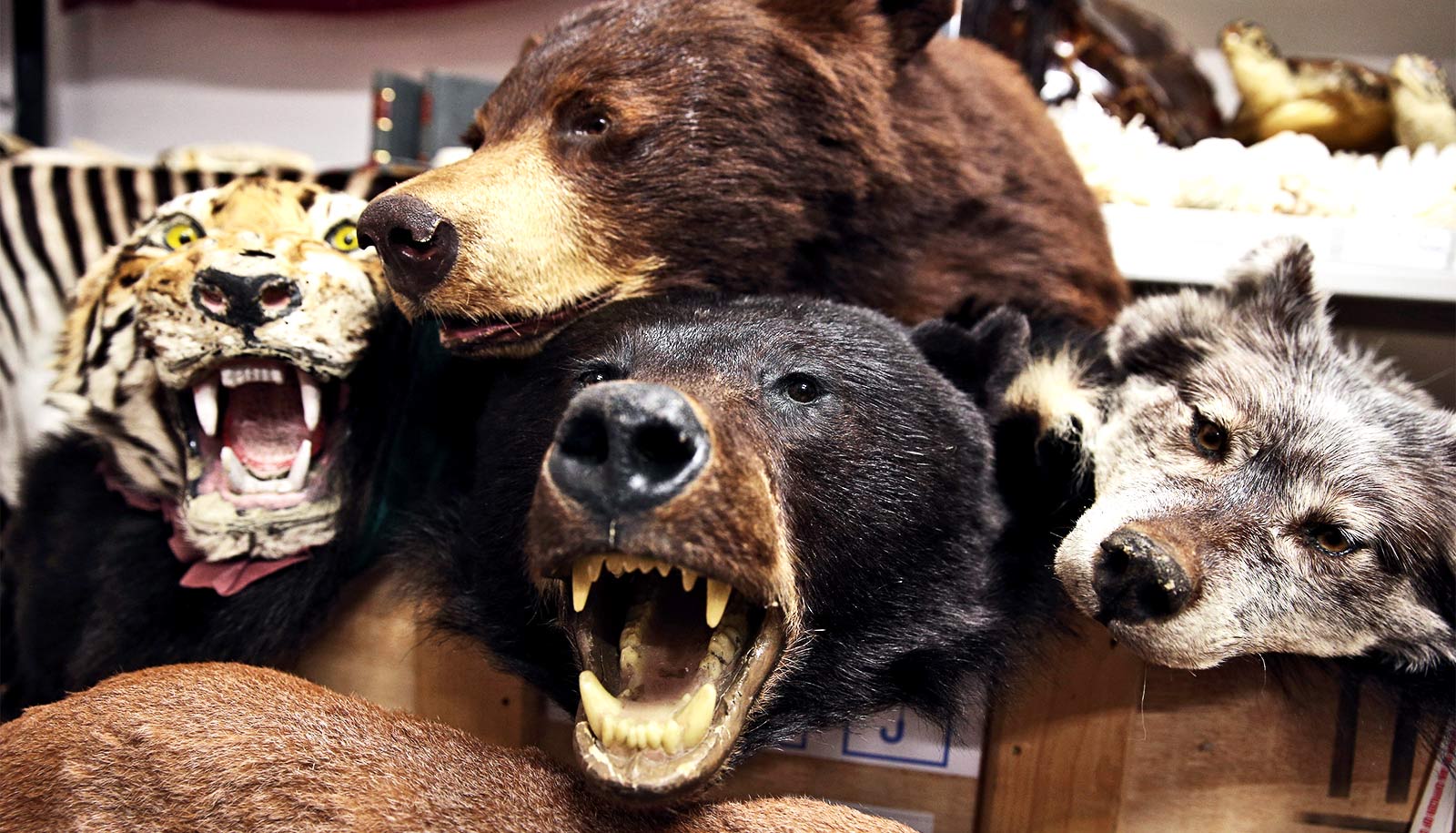 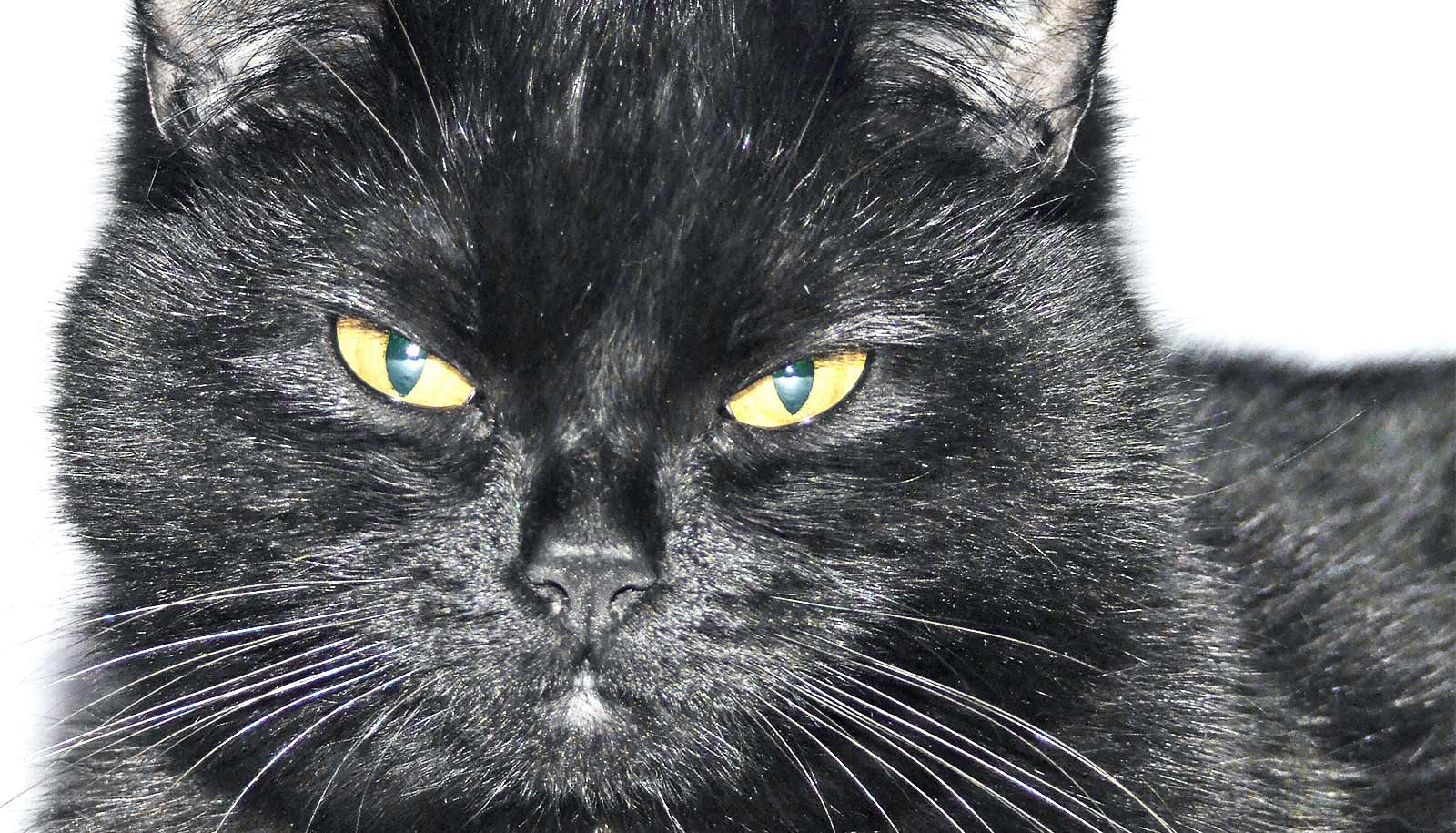 Cats don’t roam far, but they do lots of killing