Three decades on from its launch, the orbiting observatory is still producing cutting-edge research.

It's 30 years ago to the day that the Hubble Space Telescope was launched.

Famously blighted by blurred vision at the outset, the observatory was eventually repaired and upgraded.

The remarkable pictures it has taken of planets, stars, and galaxies have transformed our view of the cosmos.

Indeed, there are those who think Hubble is the most important scientific tool ever built.

It's still far from retirement.

The US space agency (Nasa), which runs the observatory in partnership with the European Space Agency (Esa), says operations will be funded for as long as they remain productive.

Last year, its data resulted in almost 1,000 scientific papers being published - so it continues to stand at the forefront of discovery. And as if to emphasise this point, astronomers promise a fascinating new image from the telescope on Friday as part of the 30th birthday celebrations.

Engineers obviously keep a watching brief on the health of Hubble's various systems. Pleasingly, all four instruments onboard - the two imagers and two spectrographs - work at full tilt.

In the past, the telescope's Achilles heel has been the six gyroscopes that help turn and point the facility, maintaining a rock-steady gaze at targets on the sky.

These devices have periodically failed down the years, and during their final servicing mission in 2009 space shuttle astronauts were tasked with replacing all six.

Three have subsequently shut down again, but Nasa project scientist Dr Jennifer Wiseman says this is not yet an issue for serious concern.

"Nominally, we need three gyroscopes, but we can operate on just one due to the ingenuity of the engineers," she asserted.

There's a quiet confidence that Hubble can keep working well into the 2020s. Its supposed "successor" - the James Webb Space Telescope (JWST) - is due for launch next year, but the presence in orbit of this more modern observatory will in truth merely just extend capability; it won't make Hubble redundant.

That's because the new facility has been designed to see the cosmos at longer wavelengths of light than Hubble. The duo will be complementary and will on occasion actually pursue targets together to get a fuller perspective.

What has Hubble contributed to science?

It's a bit of a cliche, but Hubble has truly been a "discovery machine".

Hubble's survey of pulsating stars narrowed the uncertainty, and we now know the age extremely well, at 13.8 billion.

The observatory played a central role in revealing the accelerating expansion of the cosmos - a Nobel Prize-winning breakthrough - and it provided the definitive evidence for the existence of super-massive black holes at the centre of galaxies.

It's amazing to think that when Hubble launched, scientists had yet to detect the first exoplanet, the name given to a planet orbiting a star other than our Sun. Today, Hubble is pioneering the study of these far-off worlds, examining their atmospheres to try to gauge their nature.

And although the sparkling eight-metre-class ground-based telescopes can now match - and even exceed - Hubble's skill in certain fields of study, the space telescope remains peerless in going super-deep.

Its so-called Deep Field observations in which it stared at a small patch of sky for days on end to identify the existence of very distant, extremely faint galaxies is one of the towering achievements in astronomy.

These studies have shown us what the Universe was like just a few hundred million years after the Big Bang. Only JWST, with its finely-tuned infrared detectors, will go deeper still.

Kathryn Sullivan was one of the astronauts onboard Space Shuttle Discovery when it released Hubble into its 612km-high orbit on 25 April, 1990 - a day she recounts in a recent book, Handprints On Hubble.

"Hubble's scientific impact has just been immense. But what I had not really appreciated until I started writing my book was the extent to which Hubble - because of its gorgeous images and their mind-bending implications - has really permeated popular culture," she told BBC News.

"I see Hubble on the side of U-Haul (rental) trailers, on tattoos, on lunchboxes, on shirts, in advertisements, almost ubiquitously.

"And I think part of that is down to Hubble coming into service just as the internet was becoming the thing we now know it to be.

"That's put the pictures right in front of people." 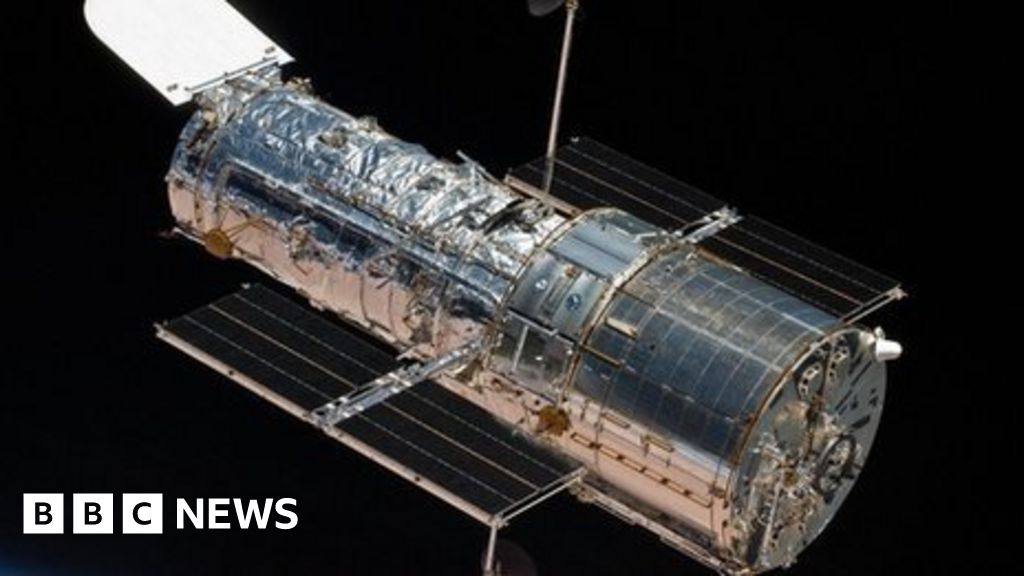 Nasa zeroes in on cause of Hubble's trouble