Astronaut advice: how to cope with social distancing

If you think social distancing is tough, imagine doing it in space. Veteran astronaut Michael E. Fossum offers some tips on coping with isolation.

Col. Michael E. Fossum has some tips for coping with social distancing that he learned while he was in space as an astronaut.

Social distancing because of the COVID-19 pandemic has people around the world struggling to cope with isolation and the related stress.

If anyone has expert advice on how to deal with the frustrations of self-isolation, it’s Fossum, a former astronaut and CEO of Texas A&M University at Galveston. He’s a veteran of three space flights and spent more than 194 days in space during his 19-year career with NASA.

Here, Fossom offers some tips on how to cope with stay-at-home orders during the pandemic:

The post Astronaut advice: how to cope with social distancing appeared first on Futurity .

How did you train for being isolated as part of a small team and spending lots of time by yourself in an enclosed area?

To prepare, I talked to others who’d been there and dealt with it to understand what it was really like.

Once up there, I stayed busy and I learned how to cope and used the tools I had to stay connected to my family and friends. When I had time, I would reach out and make phone calls to my wife and kids and or old friends.

I continued serving as the Scoutmaster of a Boy Scout Troop while I was in space and did a personal conference with every one of my Scouts from space.

Maintaining this little bit of normalcy was important to me.

What kind of living space did you have? Did you feel confined?

Two of my space shuttle missions were rather crowded and busy with 10 people working all over the shuttle orbiter and space station during those two-week missions.

It was very different when I served almost six months as a crewmember and commander of the International Space Station in 2011. At first, we had six crewmembers: two Americans, three Russians, and one Japanese astronaut.

For the last half of the mission, we only had three people and I was the only American. The internal pressurized part of the space station where we lived and worked has about the same volume as 12 school buses and some of the modules are attached to the sides.

As a result, you could be working around a corner in a laboratory by yourself for hours without seeing anyone else.

I eventually got used to my entire world being inside these bus-sized modules and didn’t really feel confined, but I sure wished I could visit my family or go on a long run through the forest.

My personal crew quarters were about the size of a phone booth, and I had photos of family photos posted there.

How did you stay connected to mission control and to your family?

Almost all of our daily communication to the ground was via radio. The Mission Control Team on the ground were all good friends, so we were able to have a little fun with them, too.

We could connect a call to any phone back on Earth using a data link network, but this was only available about 40% of the time and it would drop off without warning, so it was frustrating at times.

I managed to call my wife for at least a few minutes almost every day. Every weekend I also enjoyed having a video conference with my wife and kids for at least 15 minutes.

I would sometimes give them a tour of the space station or share the spectacular view out of the windows by carrying around the laptop and camera. It made a big difference to see each other’s faces during those video calls, much like we are now using tools like Zoom so much to stay connected as we work remotely.

We had limited access to email, but it wasn’t continuously updating, so NASA would have to synchronize the mail twice a day and establish a data connection. You couldn’t send emails as you can here and now. Most of the time you were waiting eight to 12 hours before getting a response back.

There were times when I felt isolated and separated from them, but I went through the transition of learning how to cope with a new normal, and that I just couldn’t call my wife whenever I wanted to. I learned to make good use of the time I had when I could connect.

How did you cope or pass the time when you felt lonely?

I coped by being very busy. We all had plenty to do and we were working on a tight timeline. Part of coping is how you keep a routine and prioritize what’s important to you. I had prescribed workouts because I was a guinea pig for a new exercise protocol. I had scheduled workouts six times per week, which was part of my mission.

I got up at 6 AM every day, made two bags of coffee, checked my overnight messages, and started every day with check-ins with mission control in Houston, and folks in Moscow, Huntsville, Alabama, Japan, and Germany. Then at 8 AM, it was off to the races, because the whole ground team is waiting for you to do things and complete your mission requirements for the day.

I felt the loneliest on Sundays when the work slowed down, especially while I was the only American on board, so I kept busy with special personal projects like doing low-light photography of the beautiful planet below.

What was the biggest challenge you faced with limited communication capabilities and feeling isolated?

At one point I was up there with two other astronauts, one Russian, one Japanese. It was a struggle to communicate. I had no one to talk freely with in English.

My Japanese coworker had to learn both English and Russian and he was good at both, but when there’s no one to talk with in your native tongue, it’s just not the same. It can take a toll.

It was laborious for me to speak English using a pace and word choices I knew my crewmates could follow, and even harder as I tried to communicate in Russian. I can only imagine the isolation felt by my Japanese crewmate.

How did the stress of living in a dangerous environment combined with isolation affect you?

The most dangerous part of a space mission is the launch and return to Earth. When something goes wrong, it can go very badly in a heartbeat. There are other significant risks associated with living in space, too. You get a daily dose of radiation and you know a solar flare could have devastating consequences.

Orbital debris can hit the space station and tear it apart. Imagine fighting a fire in an enclosed area with nowhere to run, or a leak of deadly anhydrous ammonia from the coolant loop into the cabin.

We trained for these emergencies, but always knew it would be a very bad day. Add in the human element with misunderstandings, mistakes, and sometimes conflict with nowhere else to go.

In thinking about this, I realize being a crewmember in a space ship has many similarities to being part of a crew on a ship at sea. I have never been a professional mariner, but I have had a glimpse of their world on board the training ship the last two summers with our maritime academy.

Fortunately, we all speak the same language, but the change to routines, risks of associated emergencies you hope never happen, the stress of daily hard work and inadequate sleep, interpersonal conflict, and isolation from loved ones back home are all very similar.

What’s it like now experiencing some of these same feelings of isolation back on Earth while we’re dealing with COVID-19 mitigation efforts? What advice would you give to others who may be struggling?

Compared to now, it’s very similar. I’m trying to get my workouts in before work, as I often work late into the evening. During the first two weeks of the stay-at-home orders, I broke my habit patterns and didn’t get my workouts in, but now I’m back in my routine and I’m feeling a lot better.

Despite what’s going on, it’s important for us to maintain human contact, whether that’s by waving to your neighbors as you get your daily six-feet-away walk in or through video calls.

To be concise, my advice is just that—take it one day at a time. We have to figure this out as we go.

Communicate more with the ones you love and your team members. Stick to your routine and include enough time to sleep and get some exercise.

The work can be overwhelming and never seems to stop, so you have to give yourself permission to unplug for some downtime to regain your focus and energy.

Finally, give each other some grace because we are all feeling the stress of isolation and fear of the unknown. 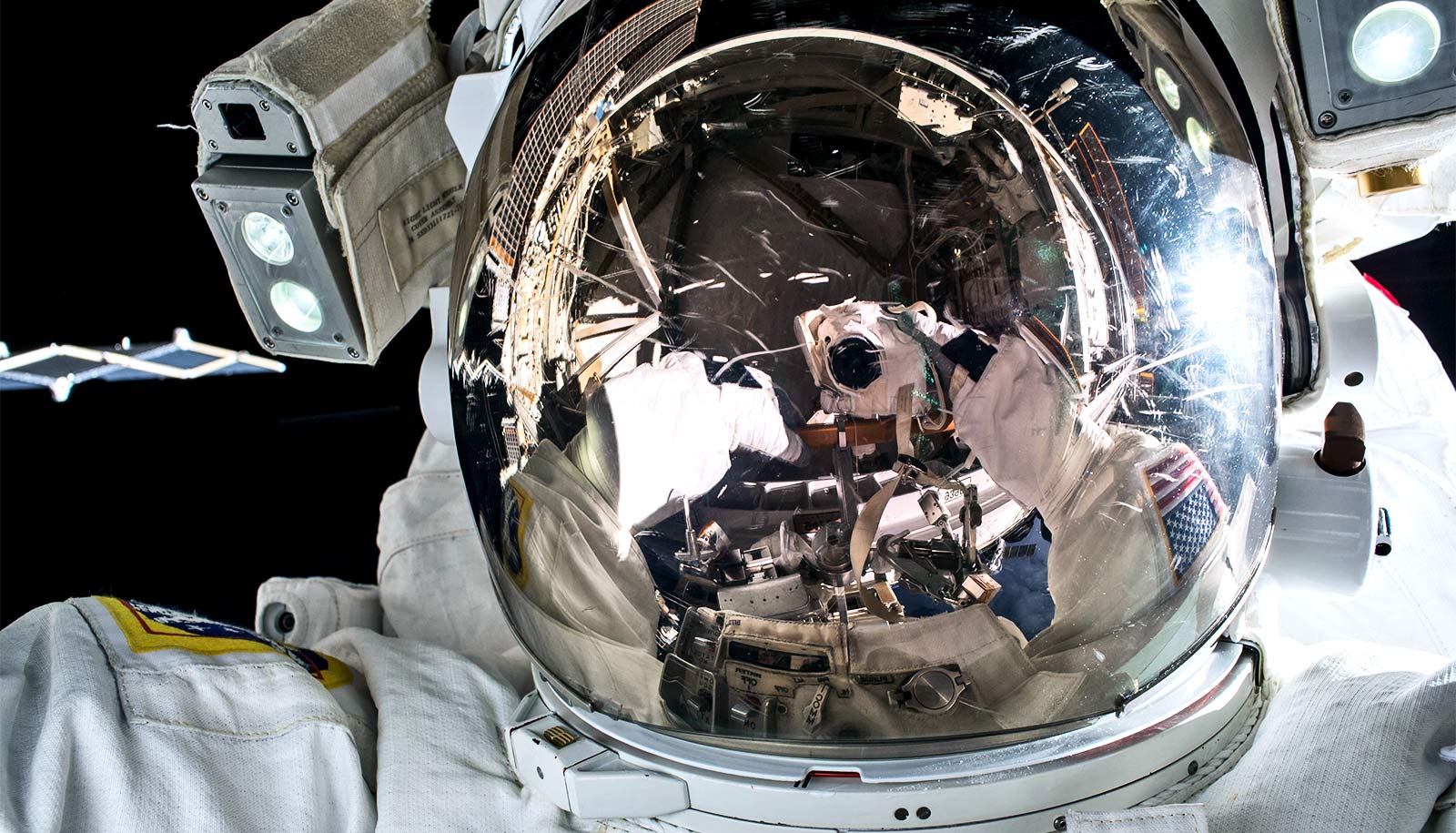 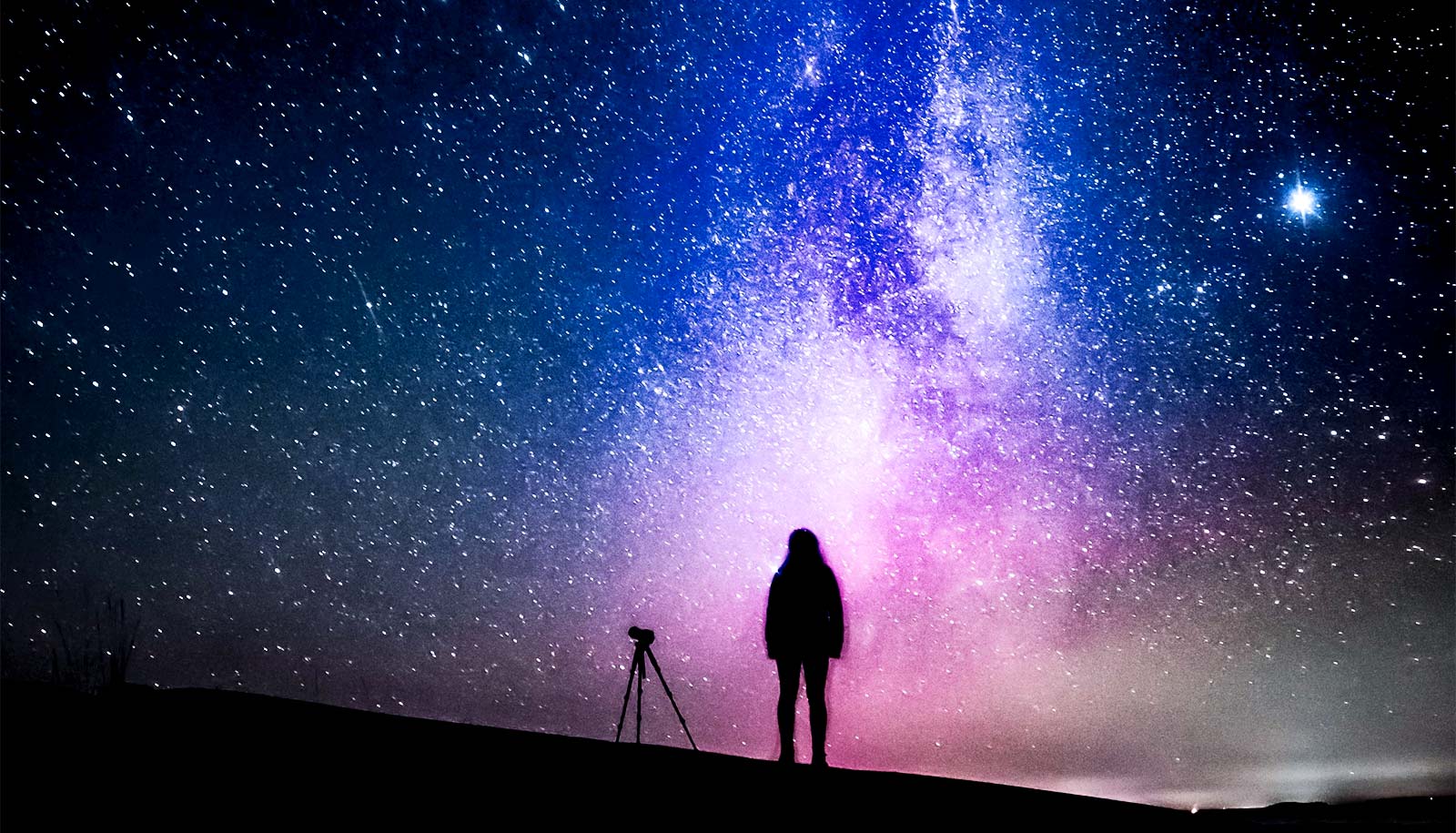