Scientists at work: Uncovering the mystery of when and where sharks give birth

Researchers are using a newly developed satellite tag to study previously unknown aspects of tiger shark reproduction. This approach could be used on other difficult-to-study shark species.

If you have a toddler, or if you encountered one in the last year, you’ve almost certainly experienced the “Baby Shark” song. Somehow, every kid seems to know this song, but scientists actually know very little about where and when sharks give birth. The origins of these famous baby sharks are still largely a mystery.

Many of the large iconic shark species – like great whites, hammerheads, blue sharks and tiger sharks – cross hundreds or thousands of miles of ocean every year. Because they’re so wide-ranging, much of sharks’ lives, including their reproductive habits, remains a secret. Scientists have struggled to figure out precisely where and how often sharks mate, the length of their gestation, and many aspects of the birthing process.

I am a Ph.D. student studying shark ecology and reproduction and am on a team of researchers hoping to answer two important questions: Where and when do sharks give birth?

In need of innovation

Until very recently, the technology to answer these questions did not exist. But marine biologist James Sulikowski, a professor at Arizona State University and my research mentor, changed that. He developed a new satellite tag called the Birth-Tag with the help of the technology company Lotek Wireless. He has no stake in the company. Using this new satellite tag, our team is working to uncover where and when tiger sharks give birth and is demonstrating a proof of concept for how scientists can do the same for other large shark species.

The Birth-Tag is a small, egg-shaped device that we insert into the uterus of a pregnant shark where it will remain dormant and hidden among the fetal sharks throughout pregnancy. This kind of tag has never before been used on sharks, but similar implanted tags have been used to figure out the birthing locations of terrestrial mammals, such as deer, for decades with great success. When a tagged mother shark gives birth, the tag will be expelled alongside the babies and float to the sea surface. Once it senses dry air, the tag transmits its location to a passing satellite, which then sends that location and time of transmission back to our lab. As soon as we download this information, we know where and when that shark gave birth.

After years of fine-tuning this new technology, we launched the first phase of the study in December of 2019 and began deploying the tags. Once the study was approved by the Institutional Animal Care and Use Committees at both Arizona State University and the University of Miami, as well as the Bahamian government, we set out to find some tiger sharks. To do this, our team of researchers from the Sulikowski Shark and Fish Conservation Lab and the Shark Research and Conservation Program at the University of Miami led by marine biologist Neil Hammerschlag, traveled to the crystal-clear waters of Tiger Beach off Grand Bahama Island to tag tiger sharks.

Up close with an apex predator

Tiger Beach is a hot spot for female tiger sharks of many different life stages, including large pregnant individuals. These pregnant females may be aggregating in the warm, calm waters of Tiger Beach to take refuge and speed up their gestation.

The high number of pregnant sharks in this small area makes finding one much easier, but actually catching and bringing a 10-foot-plus shark to the boat is no easy task. We fish for the sharks using drumlines, and it can take several hours to safely catch, pull in by hand, and secure one of these powerful creatures next to the boat.

Once we catch a female tiger shark, we first take several length and girth measurements to get an idea of her general health and to see if she is sexually mature. Then we check for bite marks, which are evidence of a recent mating event.

After we collect this baseline information, we rotate her upside down to coax her into a trance-like state called tonic immobility. Tonic immobility is a natural reflex in many sharks that induces a state of physical inactivity. This keeps the powerful shark calm and still for the most exciting part of the workup, the part where my experience comes into play: the pregnancy check.

Just like the ultrasounds used on humans, we use a mobile ultrasound machine to figure out if a shark is expecting. I put on a pair of goggles that allow me to see everything the ultrasound sees, lean over the side of the boat, and place the probe onto the upside down shark’s abdomen. The image is usually fuzzy at first as water splashes over the shark and up onto the boat. The team holds the shark still as I slowly maneuver the probe along her belly. Then, if she’s pregnant, something magical happens.

Wriggling baby tiger sharks, up to 40 of them packed tightly together inside their mother’s womb, appear in front of my eyes. The image also appears on a screen held by another team member on the boat, and everyone cheers as they gather around to take a peek into the secret world of unborn sharks. We spy on them as they pump fluid through their still-developing gills, and we watch in awe as they wiggle around, blissfully unaware that anything extraordinary is happening outside in the world. Once we have enough data on the approximate size of the offspring – which gives us an idea of how far along the pregnancy is – it’s time to tag the mama shark.

As I hold the probe as still as possible to keep a visual of the shark’s internal anatomy, Dr. Sulikowski takes the Birth-Tag and uses a custom-designed applicator to carefully insert it into the uterus through the urogenital opening. No surgery required, the tagging procedure is complete in a matter of minutes. Once the tag is inside the uterus, we rotate the shark upright to wake her and release her back to the open ocean. I am filled with hope as I watch her swim gracefully away to continue her pregnancy, with a stow-away Birth-Tag hidden among her unborn offspring.

Last December, we deployed the first Birth-Tags on three pregnant tiger sharks. For tiger sharks, pregnancy is thought to last 12-16 months, but researchers have little in the way of hard data. Since these tagged sharks ranged from recently mated to mid-gestation, an added bonus of this study is that it might help refine estimates of the length of pregnancy for this species.

Although we work in The Bahamas, a shark sanctuary where it is illegal to kill sharks, tiger sharks migrate extensively. As such, each tagged shark will likely spend time outside of The Bahamas in unprotected waters where she will have to navigate carefully to avoid interaction with fishing gear. Tiger sharks are considered near threatened by the International Union for Conservation of Nature and their populations are currently in decline. The data we gain from this first round of tags will give us and policymakers information that could inform future protections for this species.

We are currently waiting to receive a notification from our online ARGOS satellite system that will alert us that one of our sharks has given birth. When that happens, we will be the first in the world to know, in close to real time, where and when tiger sharks give birth.

Many species of shark are threatened with extinction, and understanding their reproductive cycles is key to the effective conservation of these ecologically important and beautiful creatures. Using the Birth-Tag, we are at the cusp of unlocking this information about tiger sharks and will hopefully show that this can be done for many more species.

We are planning future expeditions to deploy many more Birth-Tags, but for now, we’ll just have to keep singing the “Baby Shark” song as we patiently wait for our first glimpse into the private lives of these incredible creatures.

[Deep knowledge, daily. Sign up for The Conversation’s newsletter.]

Hannah Verkamp works for Arizona State University as a Research Associate in the Sulikowski Shark and Fish Conservation Lab. 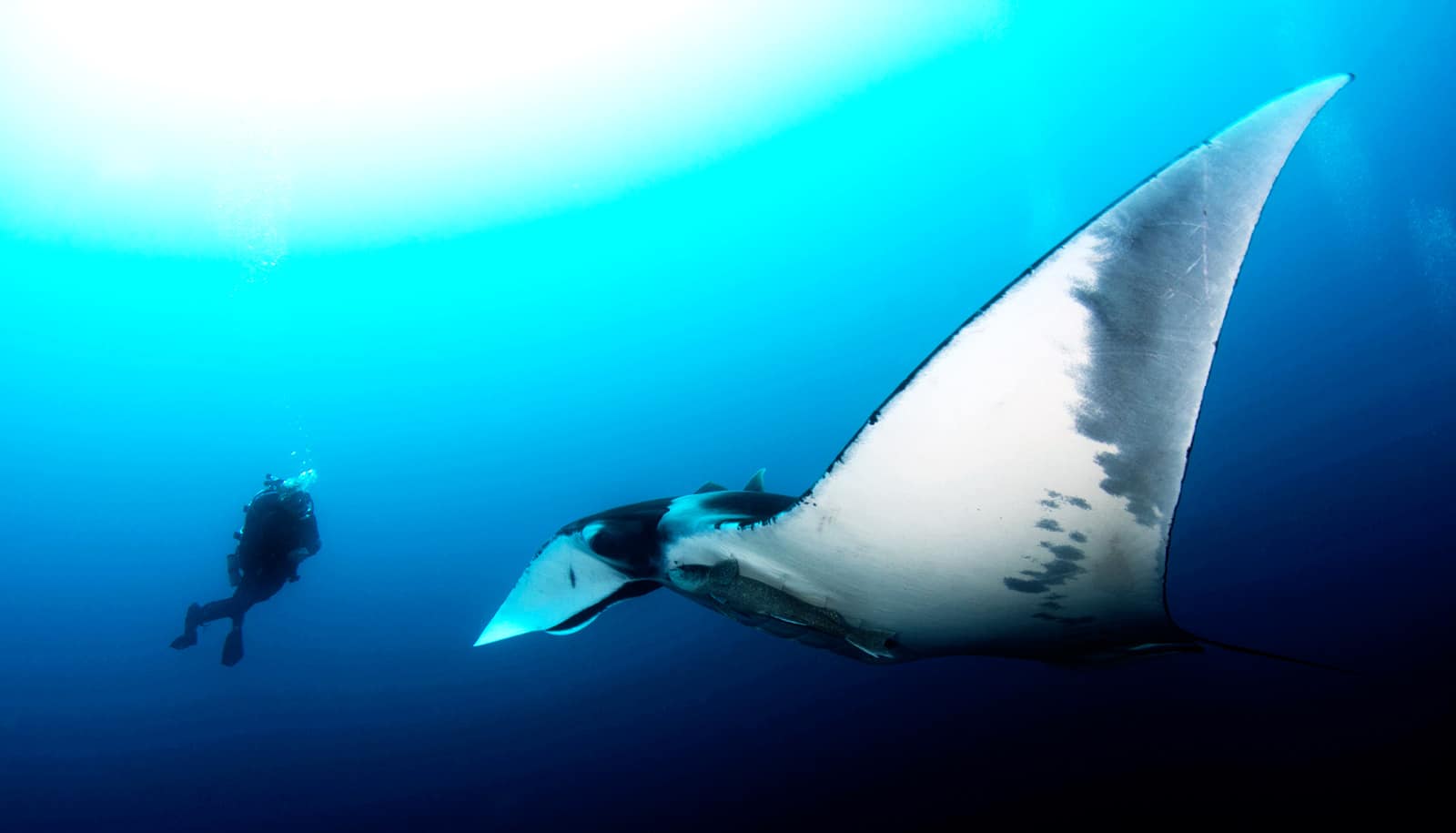 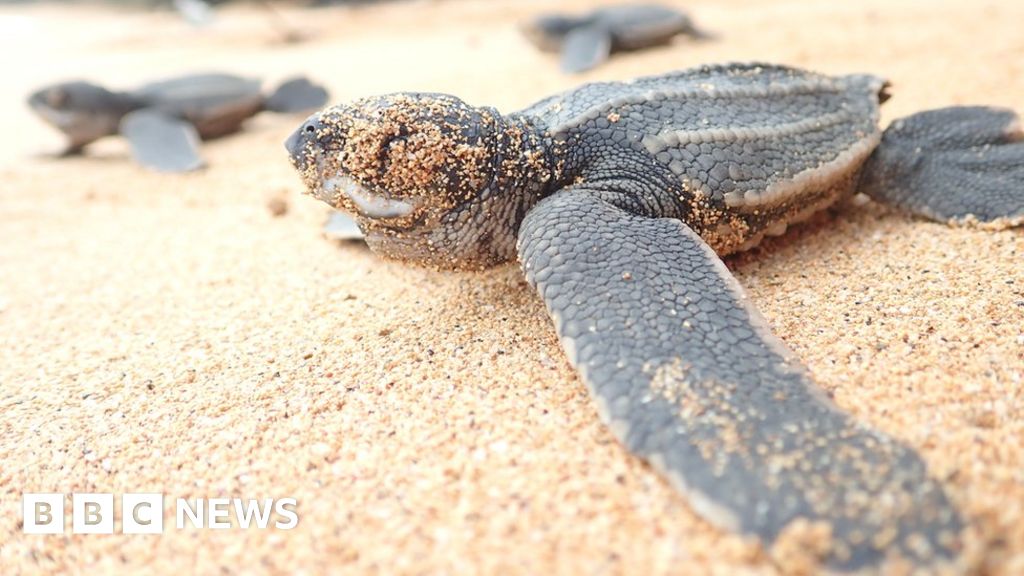 10 years to save 'world’s most threatened sea turtle'