In my ten years working with and researching it, I've encountered lots of myths.

Some of what you’ve heard about nuclear waste is true. It really can take thousands of years to decay, and even the briefest exposure to the most dangerous kind can be lethal.

But in my ten years working with and researching nuclear waste, I’ve also encountered a lot of nonsense. It’s simply not as bad as many of the scare stories make out. And with the UK and other countries having to decide where to host the next generation of nuclear waste disposal facilities, such misconceptions can be very damaging.

Nuclear waste can be thought of as anything that comes from a site licensed to handle nuclear material which is no longer useful. Radioactive waste is anything that isn’t useful and also gives off harmful ionising radiation. I want to clear up a few things about these types of waste:

This is not a documentary:

If you could see into a nuclear reactor, or some cooling ponds that hold radioactive waste, you would indeed see a blue glow. But this isn’t directly coming from the radioactive material.

The blue glow is given off by the water when charged particles, such as electrons, are emitted from the radioactive material at very high speeds. The water slows the charged particles down by absorbing some of their energy and the water then gives off this energy in the form of light. This makes the water around some radioactive objects appear to glow very brightly.

And if you thought the glow would be green rather than blue, this myth probably has its origins in the use of radioactive substances to make glow-in-the-dark paint.

In the 1920s, many so-called “Radium Girls” died in the US after licking paintbrushes in a factory where they worked applying glow-in-the-dark paint to watches.

2. It’s not kept in oil barrels

Popular images suggest barrels that look a little bit like they might contain oil. But waste from the nuclear industry takes many forms and there isn’t much of it that actually looks like oil.

Some things are classified as radioactive waste because they’re coated in dangerous radioactive particles that would be very difficult to remove. This includes things like filters from air vents and suits that workers have worn to stop the particles from getting on their skin. It also includes scraps of metal, sand used in water treatment processes, and rubble.

The really radioactive stuff comes from spent nuclear fuel, mostly uranium that has been used inside a reactor, some of which has undergone radioactive decay that converts it into different chemical elements. The spent fuel is dissolved in acid so that the useful chemical elements can be extracted and used to make new fuel.

The remaining liquid waste is then converted back into a solid (glass), which makes it easier to handle. This sort of waste doesn’t take up much physical space, but accounts for most of the radioactivity in the UK inventory.

Most of the solid types of waste are placed into a 500 litre drum and then have a very specific type and amount of cement poured on top. This then flows around the waste and turns it into a strong and solid block that is pretty radiation resistant compared to other materials, like plastic.

Some types of waste are squashed in a specialist machine before cementation. Where liquid waste is turned in to glass, it must meet some quality criteria such as how much power it can give off from the radioactive isotopes. These criteria ensure the waste can be safely stored for a long time.

Some of it is so radioactive it gets hot. Used nuclear fuel contains lots of different radioactive elements and some of them decay very quickly. When they decay, they give off a lot of energy that can be absorbed by their surroundings, making them warm.

4. Some of it can be handled safely

Radiation is all around us. It comes from the rocks in the ground, from space and from certain medical procedures such as X-rays.

If you experience a lot of radiation very quickly it will cause harm, but low amounts can be handled safely. This is why radiation workers have limits that they stick to. Someone who works with radiation is allowed to receive a dose of 20 millisieverts per year (a sievert is a measure of radioactivity). In comparison, a chest X-ray will give you a radiation dose of 0.1 millisieverts.

Laura Leay receives funding from The national Nuclear Laboratory and Sellafield Limited. She is affiliated with the Department for Business, Energy and Industrial Strategy. 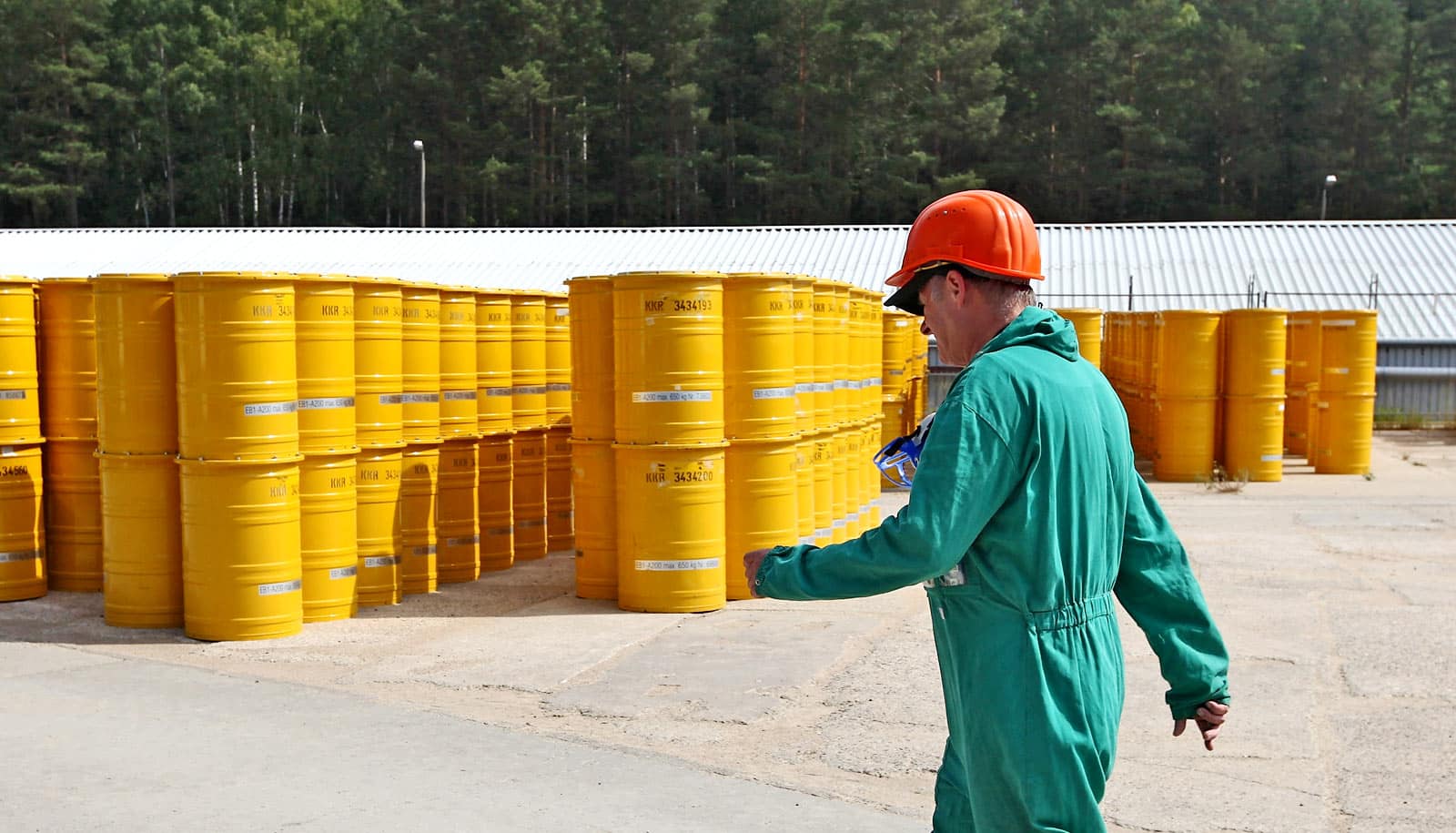