Wilderness medicine fellows were among those whose attention has been turned homeward, where they’re pitching in to fight COVID-19 in the ER.

Brian Strickland was high up in the Himalayas, walking around a rustic clinic a day’s hike from Mount Everest. He was trying to find a cellphone signal strong enough to get email and news from home as the coronavirus outbreak was evolving from being viewed as a crisis largely focused in central China to a global pandemic centered on the U.S.

Strickland would be on a helicopter to Kathmandu within days, the first leg of his trip back to Massachusetts, where he’d witness the rapid escalation of the COVID-19 epidemic from the intimate point of view of an emergency room physician. Within weeks, he’d be heading a Massachusetts General Hospital (MGH) clinical trial exploring the use of inhaled nitric oxide — a therapy built on knowledge gained high in Himalayas — to rapidly kill coronavirus in the lungs.

“Yesterday was my first full day off in a stretch of 10 days of shifts since I got back,” Strickland said in early April. “It shows how quickly pandemics can completely change our lives.”

The turnaround was breathtaking for Strickland, who is in the first year of a two-year fellowship in wilderness medicine. The unique program, one of the nation’s oldest, is headquartered at MGH and has a dual focus that seems made for the current crisis: training physicians to deliver medical care in extreme and low-resource settings, and fostering research around problems of low oxygen at high altitude.

Founder N. Stuart Harris , a Harvard Medical School associate professor of emergency medicine and chief of MGH’s Division of Wilderness Medicine , has long studied the effects of altitude sickness and how to treat it in Everest climbers, whose final sprint to the 29,000-foot summit occurs in what climbers call the “death zone,” where air pressure and oxygen levels are too low for normal lung function.

That work, Harris said, has led to the current clinical trial, leveraging insights from research done at high altitude to design a treatment that, should it work, would kill coronavirus directly in the lungs and allow patients to be discharged from the emergency department to home. The key insight, he said, is that the lack of oxygen at high altitude mirrors the effects of COVID-19’s lung dysfunction on the cell’s mitochondria powerhouse. It is also well-known that nitric oxide, which improves blood flow in the lungs, is central to adapting to life at high altitudes and has antiviral benefits.

“If successful, this relatively simple therapy will give us the ability to treat and safely discharge patients from the ED to home, thereby reducing demand for the extremely limited supply of ICU beds,” Harris wrote in a recent letter to the division’s supporters. “This exciting work plays to our strengths of working in concert with the best minds on the planet to seek elegant and innovative low-tech solutions for complex problems.”

What makes a wilderness fellow?

Not every wilderness medicine fellow focuses on the hazards of the Earth’s high places. Some devote their attention to the challenge of hyperbaric medicine, which treats scuba diving injuries, others to climate change, or life above the Arctic Circle. Harris said what’s common among them — other than a love of the outdoors — is that they see human health as an ecological phenomenon that depends on a functioning biosphere and believe that expert medical care should be available wherever it’s required.

“Health care isn’t an architectural phenomenon,” Harris said. “It is about people. Wilderness medicine teaches doctors to provide compassionate, resource-limited medical care under austere conditions. A hospital is a box. We think outside the box.”

Harris said by stripping away some of the things that have come to be viewed as essential in modern medicine — computers, diagnostic tests, an array of specialists who drop in for brief consultations and then are gone — fellows learn to lean on the relationship between doctor and patient.

“We are a narratively driven species. In the back country — and the front country — the single most effective diagnostic tool we have is … the stories we’re told and that we tell ourselves,” Harris said. “We go outside to become better doctors inside.”

Though fellows can customize their experience, many, like Strickland, elect to spend a three-month climbing season at a clinic run by the Himalayan Rescue Association in the village of Pheriche, Nepal. Overlooked by some of the world’s highest peaks, Pheriche, at 14,000 feet, is on one of the main trekking routes to the climbers’ base camp at Mount Everest. That means the clinic treats many foreign trekkers and climbers, not a few of whom are suffering from the altitude sickness that can result from climbing too quickly for their bodies to adjust.

When Strickland left for Nepal on Feb. 26, coronavirus was a concern, but the vast majority of cases — 78,000 — were still inside China. Fewer than 3,000 cases had occurred outside the Asian giant, and many of those were in South Korea. The U.S. at the time had just 53, all but two of which had origins outside the U.S.

Strickland spent a week in Nepal’s capital, Kathmandu, getting oriented and taking Nepali language lessons focused on medical terms. At the end of the first week in March, he flew to Lukla, a small town with the airport nearest to his destination. After that came a four-day hike to Pheriche and the clinic at which Strickland was scheduled to provide care for the next several weeks. As he hiked, Strickland noticed that foot traffic from trekkers and climbers was far below that of a normal season.

“I could see, even in this isolated part of the world, even in the first week of March, the crisis was affecting them,” he said.

When he arrived at the clinic on March 12, Strickland realized there would be far less demand for his skills than expected, and his research plans might be in jeopardy. The next day, the Nepali government confirmed that, halting all mountaineering expeditions and closing the country to tourists. Though just over two weeks had passed since he left Boston, the world had become a starkly different place. Coronavirus cases in Italy and Iran were soaring and those elsewhere in Europe were expanding rapidly. U.S. cases, meanwhile, had already topped 1,000 and predictions for the coming weeks were dire.

Strickland realized that, while the Pheriche clinic would be unusually quiet, if the pandemic struck Boston in earnest, that would be the place — despite its biomedical sophistication — that would be short of resources and where physicians and other health care workers would be struggling to keep up with the flood of patients. After talking the situation over with Harris, he made the decision to return.

“We do the training to go where health care providers are needed. There was a need that developed. I saw the situation deteriorating in the U.S.,” Strickland said. “I did the fellowship to do medicine in austere and resource-limited settings, and I realized that’s what’s happening back home.”

Strickland was back in Boston by March 20. The change in the ER since he’d left was apparent. Patients were younger. There were more otherwise-healthy 40- to 50-year-olds — a minority of ER patients in normal times — complaining of symptoms of COVID-19. Intubations, in which a tube is inserted to help a patient breathe, became more common.

Far from Boston, 33 miles above the Arctic Circle in the town of Kotzebue, Alaska, intubations are still a rarity. That’s where Ashley Weisman, the other fellow in the Wilderness Medicine Fellowship program, had been providing care at one of the most remote critical-access hospitals in the U.S. That facility, run by the regional Maniilaq Association , provides health care services to 8,000 people in 12 Native Alaskan villages across the northwest part of the state, a remote region the size of Indiana.

Weisman, who, like other fellows, alternates trips to a remote location with shifts at MGH’s ER, was supposed to be returning to Kotzebue in mid-April. Quarantine requirements, however, would have put her out of commission for two weeks on either end of the flight. So she and officials at Maniilaq decided she might be more effective during the crisis if she continued to work at MGH while providing COVID-19 preparatory advice and other help remotely.

Medical resources are much scarcer in Northwest Alaska than in Boston, Weisman said, but in a crisis like this, the region’s two ventilators for 8,000 people are comparable to the numbers in Massachusetts. So, like Strickland, Weisman picked up additional shifts in the MGH ER, where in mid-April she estimated roughly 75 percent of cases were COVID-related. From the standpoint of “cognitive bandwidth,” however, she said closer to 90 percent is focused on the condition.

“For the first time in my career some of my very, very rural work resonates in urban places,” Weisman said. “A lot of the conversations we’re having and protocols we are developing at Mass. General are very applicable to COVID disaster preparation in rural Alaska. In some ways, I feel that Maniilaq has been able to use its experience always having scarce resources to do something urban hospitals haven’t often talked about, which is to say from stage one: ‘We’re prepared to have very limited resources, be very judicious about how we use them, and do the absolute best we can to care for our community,’ and be up front with people about that.”

Lucas Trout, social medicine program manager for the Maniilaq Association and a lecturer on global health and social medicine at HMS, said the region has been lucky so far. There are no COVID-19 cases in Northwest Alaska, making it one of the last regions in the U.S. without them. Trout doesn’t expect that luck to hold out, but said Weisman has been helping them get ready, working on both broader public health responses — advising on travel and social-distancing guidelines — and more-targeted clinical care strategies, sharing protocols on how to handle critically ill patients, rationing equipment should it become necessary, and other steps.

“I want to emphasize just how meaningful it is to have an extraordinarily talented pool of providers … who are willing to work to ensure adequate preparation and an effective response,” Trout said. “Having talented and humble physicians who can say, ‘This is what one of the best academic medical centers in the world is doing. This is how it can translate to your community. How can I be of further service?’ is a really wonderful thing to have right now.”

For Harris it’s just more evidence of the interconnectedness of the world. “Years ago, a learned colleague told me, ‘No matter where you live, we’re all just one disaster away from requiring wilderness medicine,’” he said. 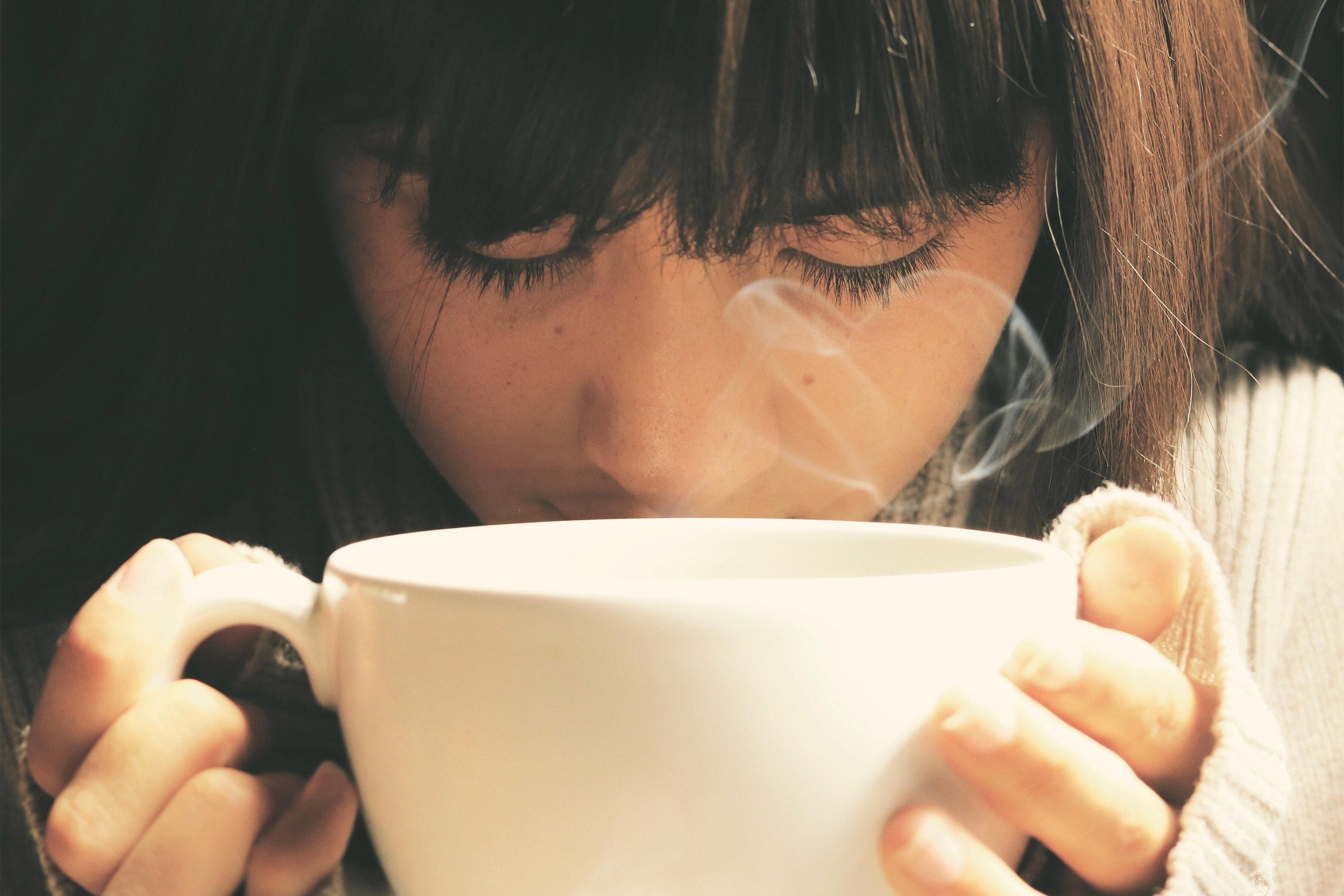 Connecting the dots between climate change and health care