Buzz about "murder hornets" and "killer bees" aside, people love bees. And that's a positive sign for the conservation of our pollinators, researchers say.

Our love of bees is good news for the helpful pollinators, research suggests.

Bees pollinate about 75% of all fruits, nuts, and vegetables that grow in the United States, as well as 80% of flowering plants in the world. As the challenges facing bee populations around the world have become more well-known, the insects have become increasingly visible in media and popular culture.

Though this level of attention is not unprecedented—many still remember the “killer bee” scares of past decades, and just this week came word of “ murder hornets “—the influx of positive attention to bees has researchers wondering how to harness this attention to help protect bees from issues such as pesticides and land-uses that remove native vegetation.

Now, researchers from the University of Missouri have conducted a review of research covering how people perceive insect pollinators, and how those perceptions impact research and conservation. Their findings suggest that the recent development of more positive perceptions of bees, as well as the strong ties between bee health and human welfare, offer encouraging opportunities to advance pollinator protection and education efforts—opportunities that may not exist for less human-centric environmental issues.

“Unfortunately, insects are mostly invisible to the public. They are vital to our survival in so many ways, but they are often taken for granted until a crisis makes them impossible to ignore,” says Damon Hall, an assistant professor in the University of Missouri College of Agriculture, Food, and Natural Resources. “With bees, we are seeing a call to action in the media and in the research community. People recognize that if bees fail, then our food and agriculture becomes much harder to sustain.”

Hall and coauthor Dino Martins, a research scholar and lecturer in ecology and evolutionary biology at Princeton University and director of the Mpala Research Centre, reviewed current research on a range of human aspects of bee conservation. These aspects included overall public perceptions, consumer reactions to bee-friendly products, the economic value of pollinators, and recommendations for experts and legislators on how to better manage these insects.

The article also emphasizes that attention to the domesticated European honey bees distracts attention from the less studied declines in native bees and other insect pollinators. A rush to “save the bees” by placing honey bee hives in natural locations has negative consequences, as locating honey bee hives in natural habitats forces competition with native insect pollinators for the same nectar and pollen, Hall says. The best thing people can do for native insect pollinators is let the weedy flowers in the yard grow and plant flowers.

The researchers conclude that as positive perceptions of bees have increased through the popular media, the insects have become less a subject of fear and more a subject of interest among the general public, which could make it easier to pass pollinator-friendly legislation compared to other environmental issues.

Hall and Martins also highlight that the clear connection between the welfare of bees and the welfare of humanity encourages people to take bee threats seriously. They suggest that those seeking changes in land and pesticide use should consider engaging with farmers and legislators by focusing on the implications for human society if bee health continues to decline.

“Conserving bee populations means conserving our way of life,” Hall says. “While it is essential to understand bee threats from the perspective of the bees, our review clearly underlines the importance of addressing the human dimensions of the crisis. It is unfortunate that bee declines have so many negative implications for humanity, but at the same time, those implications make it easier for us to mobilize against these threats.”

The review appears in Current Opinion in Insect Science . Funding came from the USDA National Institute of Food and Agriculture, McIntire Stennis, the Whitley Fund for Nature, the National Geographic Society, and Princeton University. 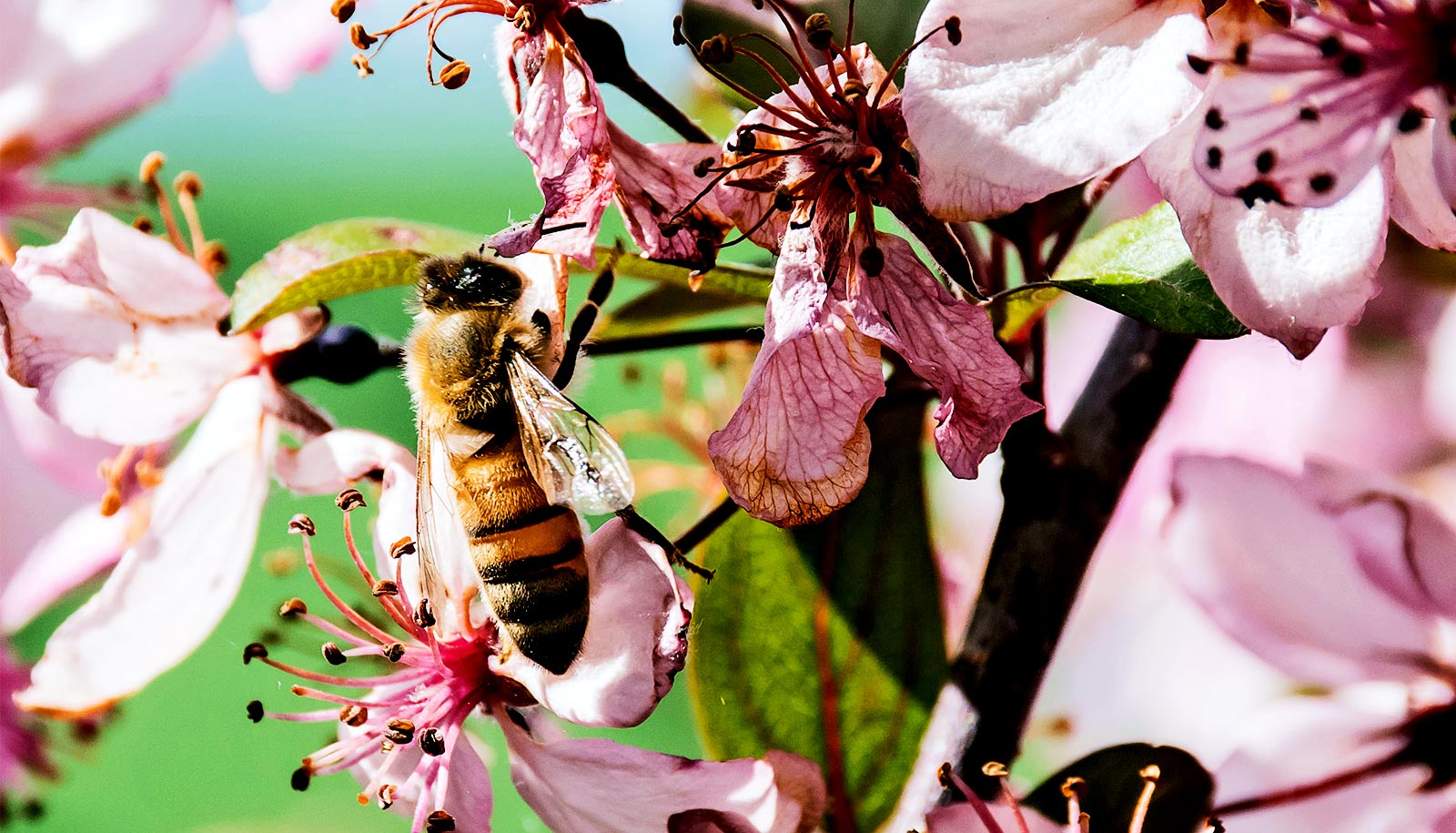 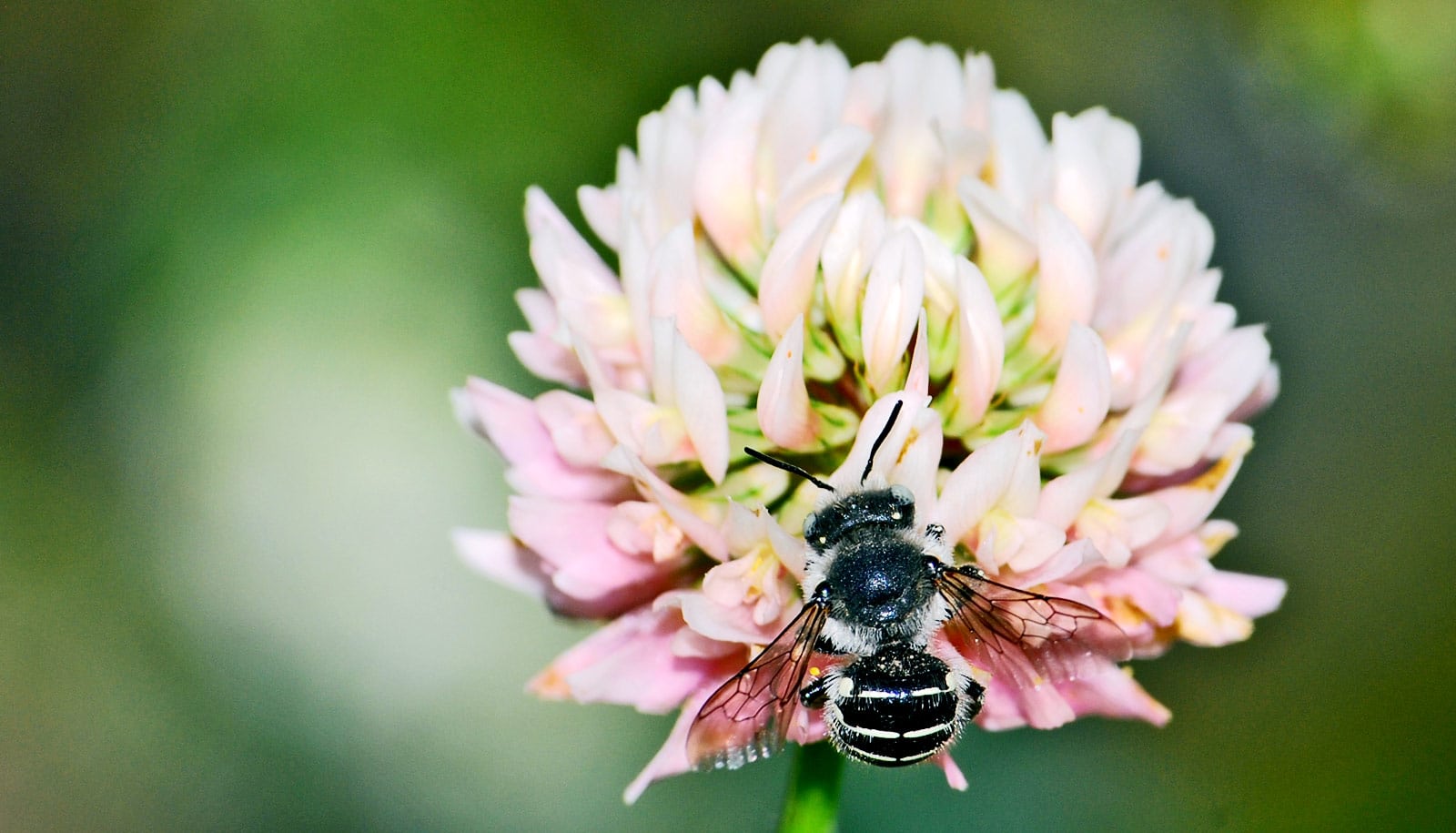