Fluttering creatures of the night are also vital pollinators of plants and flowers, say scientists.

Long seen as annoying creatures that can leave holes in your clothes, moths have been badly misjudged, say scientists.

New research suggests they play a vital role as overnight pollinators of a wide range of flowers and plants.

The study says that the moths' transport networks are larger and more complex than those of daytime pollinators like bees.

The authors believe there is an urgent need to stem declines in moth numbers.

Over the past decade, public anxiety about the role of our pollinators has focused squarely on bees.

The fall-off in their numbers, linked to changes in land and widespread use of pesticides, has helped raise environmental awareness of the critical role these creatures play in the food chain.

Moths, though, have not evoked similar sympathies.

"There's this big misconception that all moths come and eat my clothes. That's not what happens at all," said Dr Richard Walton, from University College London (UCL), the lead author of the new study.

"Some of them happen to be visiting flowers and can be an important part of the pollination process."

To find out how vital a part the moths play, Dr Walton and colleagues monitored moth activity around ponds in agricultural areas of Norfolk.

They found that 45% of the moths they tested were transporting pollen, which originated from 47 different plant species, including several that were rarely visited by bees, hoverflies and butterflies.

The scientists found that while bumblebees and honeybees are critically important, they tended to target the most prolific nectar and pollen sources. Not so with moths.

"From what we see from our work, moths tend to be generalists, meaning they're not specifically visiting a narrow group of flowers," said Dr Walton.

"They're kind of visiting any type of flower that they can access. These tend to be the open cup-shaped flowers like bramble, they can access things from the legume family, the clover family was also very important."

Previous studies on moths have tended to focus on their ability to transport pollen via their proboscis or nose. This new work looked at the pollen collected on the moths' distinctly hairy bodies when they sit on flowers while feeding.

The researchers believe their study shows that moths complement the work of daytime pollinators and help keep plant populations diverse and abundant. They serve as a form of back-up for biodiversity, which in turn supports crop yields.

The vital role played by the moths has come under increasing threat as they have suffered steep declines in numbers since the 1970s. This is largely due to changes in land use and the increasing use of pesticides.

"This has a knock-on effect for birds that feed on moths, such as the cuckoo. Its decline is kind of tied to moth declines," said Dr Walton.

"Bats will feed on moths as well, so there's ties to other creatures having declines in their own populations, because their food supply, the moths, are going down as well. You can see this kind of linkage play out."

Helping the moths will require the use of less pesticide and encouraging a wider diversity of plants in the landscape.

But perhaps more importantly, the public perception of moths needs to change.

"Something that's out of sight, is often out of mind," said Dr Walton.

"We just see bees in the daytime and we see them visiting the flower so they've got the better shift when when it comes to work, in terms of being visible."

"But moths are by no means less important. I think it's vital to raise the profile of moths to help the public at large see the important part they play in our ecology."

The study has been published in the Royal Society journal Biology Letters.

Want to teach kids about nature? Insects can help 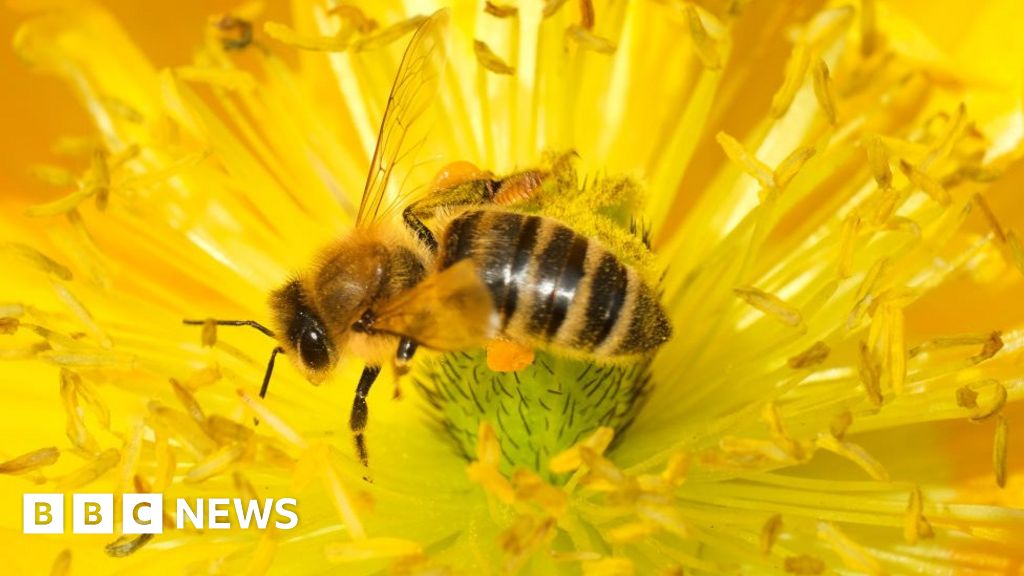