Young dogs might be more similar to human teenagers than we think: new research

Dogs can behave like teenagers too. But it's just a passing phase – and the quality of the dog-owner relationship matters.

Speak to many dog owners and they will tell you that their once perfectly behaved puppy started to become “difficult” at around six to 12 months of age. There are articles all over the internet that advise owners on how to cope with teenage dogs. But until now there has been no scientifically documented evidence of behaviour changes in dogs during puberty.

Our new study , published in Biology Letters, confirms what many dog owners and dog professionals have long suspected: that dogs have a passing phase of reduced obedience towards their owners during puberty. The study also highlights a fascinating interaction between puberty in dogs and the type of attachment the dog shows towards their owner.

All mammals (including humans and dogs) go through a period of change known as adolescence, when the child develops into an adult, both behaviourally and reproductively. Puberty is the process through which animals become reproductively mature, with behavioural maturity reached much later, at the end of adolescence.

Adolescence is a long period of change during which parts of the juvenile brain are remodelled into an adult brain. During this time, remodelling of our neural circuits is driven by dramatic hormonal changes and directly impacts behaviour . Behavioural changes seen in human teenagers include reduced ability to control their impulses and their emotions, increased irritability and risk-taking behaviour. The adolescent period of change begins in humans at age eight to nine and ends in our mid-twenties . Puberty, which occurs in the midst of adolescence, is the period of time that we are most likely to associate with being “teenage”.

Research shows us that adolescence is a vulnerable time for child-parent relationships, with increased conflict typical of this phase. There are also links between adolescent-phase behaviour problems and the quality of the child-parent relationship. Children who have insecure attachments towards their parent figures have been shown to enter puberty earlier and exhibit greater conflict with their parents during adolescence.

The owner-dog relationship has many similarities to the parent-child relationship, being based upon similar behavioural and hormonal bonding mechanisms. But the adolescent period is one of the least researched periods of dog development, with little scientific evidence gathered about how dog behaviour is affected at this time.

Based upon what we know about neurological development in mammals, and how adolescence in people impacts the parent-child relationship, our team hypothesised that dog adolescence (which typically begins between six to nine months of age) could be a vulnerable time for dog-owner relationships. Puberty is expected to particularly impact the dog-owner dynamic due to the competing desires to live with their human family and to seek out and reproduce with other dogs.

By following a group of guide dog puppies over their first year of life, we investigated whether dog-owner relationships would parallel parent-child relationships in a few specific ways. To do this, we used data collected through a combination of behaviour questionnaires completed by caregivers and trainers of 285 dogs, and behavioural tests with 69 of those 285 dogs.

Our results highlight three specific ways in which dog-owner relationships during adolescence mirror that of child-parent relationships.

We have been able to show for the first time that dogs display increased conflict behaviour, characterised by a reduction in obedience, during puberty (at around eight months of age). Importantly, this reduced obedience is seen only in how the dog behaves towards their caregiver: the dogs still behaved well for strangers in the behaviour test, and for their trainers as reported via the questionnaires. This socially specific disobedience may function to test the strength of the dogs relationship with their caregiver in an attempt to re-establish a secure bond.

As expected from studies on parent-child relationships at this time, dogs who had a more insecure attachment to their caregiver (characterised in dogs by a greater amount of attention seeking and dislike of being left alone) were the least likely to obey their caregiver during puberty.

In a final parallel with human biology, female dogs became reproductively mature (indicated by when they first became “in heat”) earlier if they had more insecure attachments to their caregivers. These findings suggest the possibility for cross-species influence of the human-animal bond on reproductive development in animals and highlight adolescence as a vulnerable time for dog-owner relationships.

Perhaps the most important thing to note for dog owners is that these behaviour changes were a passing phase. By the time dogs were 12 months old, their behaviour had returned to how they were before puberty, or in most cases, had improved.

In dogs, as with people, it seems that teenage behaviour exists, but does not last. This is crucial for any new dog owner to be aware of, because sadly, adolescence is the peak age when dogs are abandoned and end up in animal shelters. It’s also extremely important that owners don’t punish their dogs for disobedience or start to pull away and disengage from them at this time, as this would be likely to make problem behaviour worse in the long run, as it does in people .

Naomi D. Harvey is employed by Dogs Trust and has previously received funding for dog welfare research from the Waltham Foundation and Royal Canin. 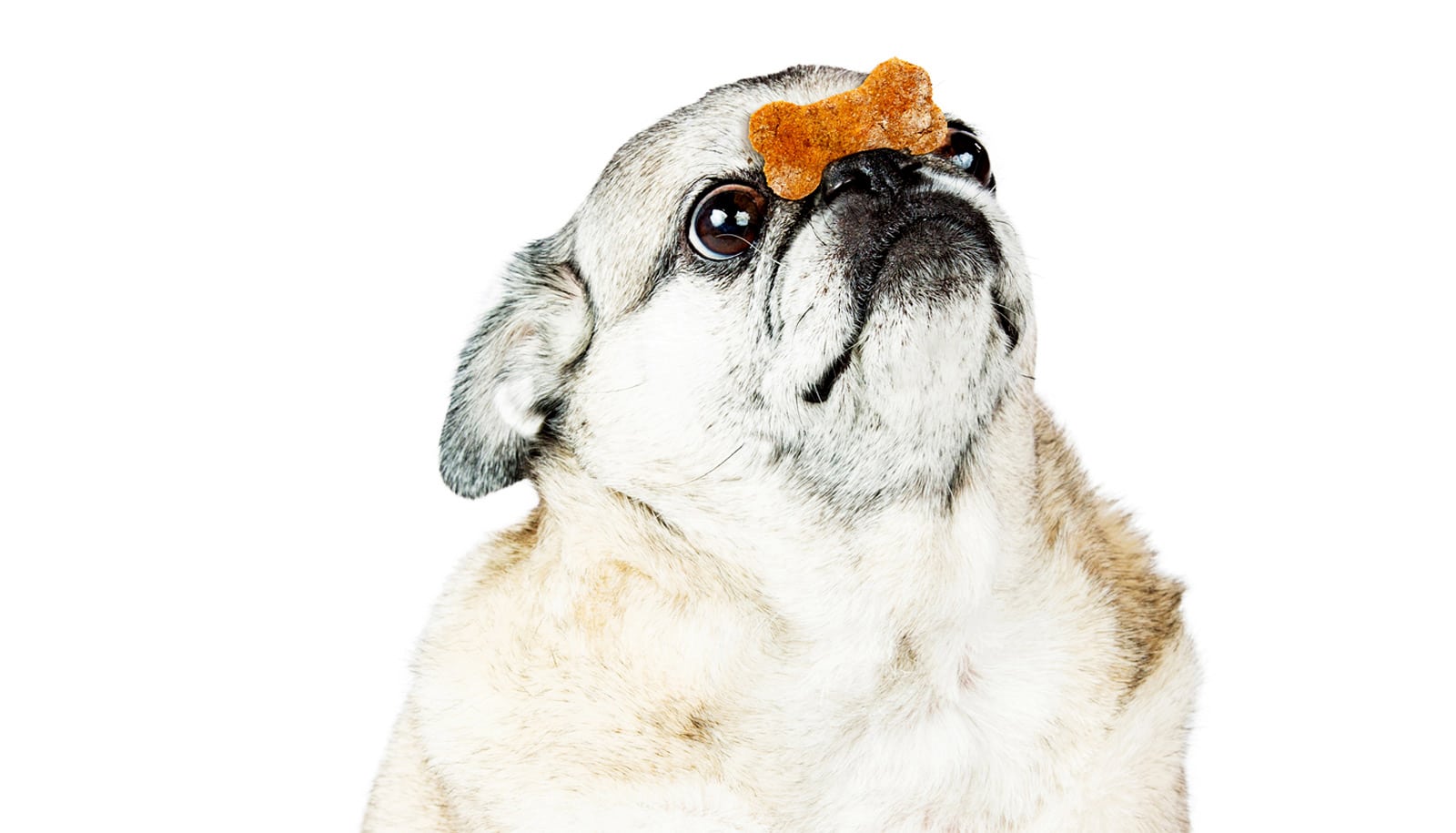