In the villages of central Gujurat, humans and wildlife are forced to share the same spaces – with varying consequences.

Captured on phones, moments of contact between humans and wild animals often go viral online. While this may be exciting, it can also be frightening. When shared widely, some interactions – such as wild leopards attacking pets or alligators swaggering across golf courses – can reinforce public fear and intolerance of wild animals.

We’re members of a task force of the International Union for the Conservation of Nature (IUCN) and we study negative interactions between humans and wildlife, and conflicts between people over what to about them . As well as researching where things go wrong, we also research coexistence, where people and wildlife get along pretty well.

While conflict is an inevitable part of life, it’s also the element of these relationships that gets the most attention . It’s easier to count negative interactions – attacks, crops destroyed, wild animals killed – than study scenarios where these things don’t happen.

But humans have lived alongside millions of other species throughout our evolution, so there must be longstanding ways of dealing with such conflicts. Answers may be found in a remote part of India, where people have learned to live alongside one of nature’s largest predators, the crocodile.

In the farmland and wetlands of central Gujarat, Indian researchers came across people who share their villages with “mugger” crocodiles. These large reptiles – which can sometimes reach five metres in length – live in village ponds in the Charotar region. People there (or their livestock) even receive the occasional bite.

Villagers in this part of India spoke about being proud of “their muggers”, and have even built islands to offer them safe basking places. Since 2013, a local non-governmental organisation (NGO) has run an annual community crocodile count . This is all despite several fatal incidents in recent years, including attacks on an elderly man and a girl.

Along the Vishwamitri and Narmada rivers in the neighbouring Vadodara district, there are ongoing conflicts over what to do about the crocodiles. Locals believe crocodile numbers – and their bites – are increasing.

In the city of Vadodara, with its remarkable population of urban crocodiles , some city dwellers fear the reptiles and want them removed from around the Vishwamitri River. The state forestry department and local NGOs try to protect them, catching and removing crocodiles that end up in busy urban areas as they move from one water source to another.

The people in these two places share similar cultures, customs and habitats. But their relationships with crocodiles are quite different. So why do people encourage muggers in parts of Charotar and demand their removal from rivers in Vadodara?

Some communities have religious ties with the mugger crocodile that go back centuries, as this animal is associated with the Hindu warrior goddess Khodiyar. As a result, visitors to holy bathing places (known as “ghats”) believe they are immune from attack at these sites.

Sculptures of “makara” – a mythical hybrid creature of mugger and otter – guard small temples at disused bathing places in Vadodara City. While these creatures are still revered in some places, modern muggers survive off roadkill and by scavenging scraps along the plastic-strewn banks of the Vishwamitri River.

In one village in the Charotar region, a man who lost his only daughter to a mugger is now a “mugger mitra” (mugger friend). He gives talks on protecting these crocodiles and how to stay safe around them. In another village in Vadodara state, a father who lost his daughter told us that the forest department should either remove the muggers or kill them.

In the village ponds of Charotar, where people have built basking islands for the crocodiles, the grateful reptiles seem to have learned to interact peacefully with humans. Perhaps because they do not expect to be harmed, they tolerate humans drawing close, and even accept handling by fishermen.

Fishermen anchor their boats in the pond the day before netting, as advance warning to the muggers. With this thoughtful gesture, muggers will usually retreat to neighbouring wetlands or thickly wooded parts of the pond, allowing fishermen the space they need.

On other occasions, fishers will catch the larger crocodiles and tether them while they tend to their nets. When one mugger entered a circle of nets, he was caught by the tail and dragged out. The predatory reptile allowed this with barely a squirm, and then swam – guiltily, perhaps – away.

The people of Charotar show that living well with wildlife is possible. By asking what underpins their coexistence, rather than trying to limit interactions between people and animals, we could help replicate their success elsewhere.

Simon Pooley receives funding from the Lambert Bequest at Birkbeck University of London, where he is Lambert Lecturer in Environment (Applied Herpetology) in the Department of Geography. His travel to India was funded by a Wellcome Trust/Birkbeck early career grant. Simon is affiliated with the IUCN Crocodile Specialist Group and the IUCN Task Force on Human Wildlife Conflict. The views expressed in this article are his own, and do not represent the views of any of these organisations.

Silvio Marchini receives funding from the Chester Zoo Conservation Scholar and Fellow Programme. He is a Conservation Fellow and a Research Associate under the partnership between Chester Zoo and the Wildlife Conservation Research Unit (WildCRU) of the University of Oxford, in collaboration with the Wildlife Ecology, Management and Conservation Lab of the University of Sao Paulo in Piracicaba (Brazil). Silvio is affiliated with the IUCN Conservation Planning Specialist Specialist Group and the IUCN Task Force on Human-Wildlife Conflict. The views expressed in this article are his own, and do not represent the views of any of these organisations.

Not so fast: why India’s plan to reintroduce cheetahs may run into problems 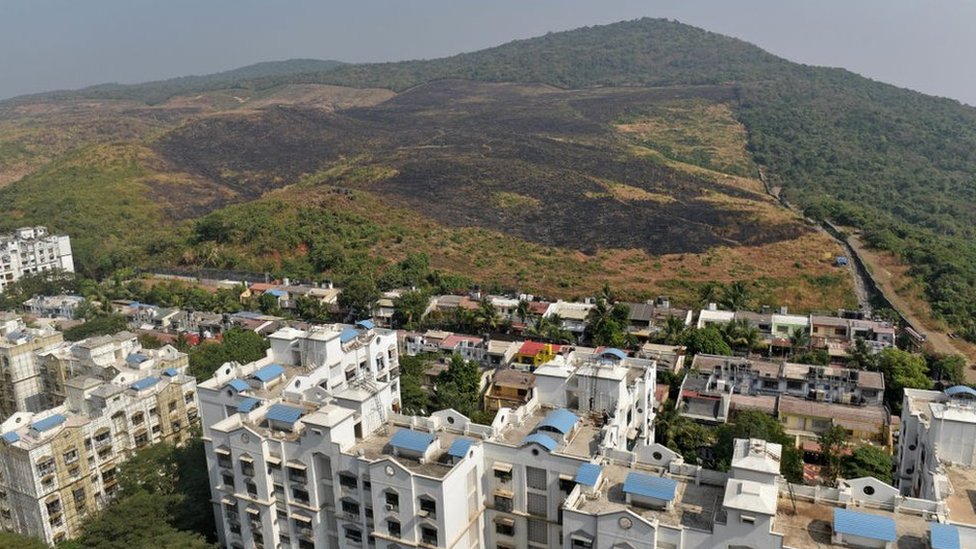 Aarey forest: The fight to save Mumbai's last 'green lung'