When interpreting COVID-19 antibody tests, caution is key. Here, experts explain the best way to use the tests and why false positives are so concerning.

False positive results from COVID-19 antibody testing are cause for concern, researchers argue.

As stay-at-home orders lift around the country and public life begins to return, health experts continue to emphasize the importance of testing for COVID-19 to prevent a second—and potentially worse—wave of infections.

There are two kinds of COVID-19 tests, both critical to controlling the pandemic. Molecular diagnostic tests, first developed in January, detect parts of the COVID-19-causing virus on swabs from people’s noses or throats. These tests can identify people with active infections, even when they have no symptoms.

Widespread and rapid diagnostic testing can quickly identify people with the virus, who can then be isolated, and anyone that came in contact with them can be quarantined and tested as well. Such surveillance and isolation measures can prevent a few cases from mushrooming into an outbreak.

Antibody, or serology, tests became available in April. They detect antibodies the body produces in response to the virus in a blood sample. A positive test indicates that a person became infected at some time in the past.

In a new paper in the journal Clinical Chemistry , Neil Anderson , an assistant professor of pathology and immunology at Washington University School of Medicine in St. Louis and the assistant medical director of the Clinical Microbiology Laboratory at Barnes-Jewish Hospital, and Christopher Farnsworth , an instructor of pathology and immunology at the School of Medicine, emphasize the importance of the appropriate use of antibody tests.

Here, they discuss how these tests should—and should not—be used:

Why are antibody tests for COVID-19 important?

Farnsworth: Antibody testing is really helpful in monitoring how widely a virus has spread within a community. Such testing could help determine how many people have recovered from the virus, even if they never had symptoms .

For many viruses, once about 70% of the population is immune—either because they have had a natural infection or, better yet, received a vaccination—infected people are less likely to encounter a susceptible person and give them the virus, so transmission goes down and the epidemic ends. That’s called herd immunity.

Now, estimates suggest about 1% to 2% of people in the US have been infected with the virus that causes COVID-19, so we are nowhere close to achieving herd immunity.

If my antibody test is positive, does that mean I’ve had COVID-19 and won’t get it again?

Anderson: A positive test just means your body has produced antibodies in response to a past infection; it doesn’t tell us whether those antibodies will protect you from getting re-infected. The only way we’d know for sure is if we followed patients who are antibody-positive for months or years to see whether they get re-infected. Those studies are underway by scientists at other institutions, but there is no answer yet.

Can antibody tests decide who can safely go back to work?

Farnsworth: Many people are anxious to get people back to work , but antibody tests may give some people a false sense of security. The problem is that even a highly accurate antibody test like the one we use in our laboratory has false positives and false negatives.

When the true rate of infection in a community is very low, you will have more false positives than true positives, no matter how good the test is. In Missouri, we think that fewer than 1% of the population has been infected.

In our research, we estimated that if we screened asymptomatic individuals, only one out of seven positive antibody tests in Missouri would be true positives, even with a highly accurate test. So, the other six people may think they’re protected and let their guard down, and then they could get infected and spread the disease. Widespread antibody testing could do more harm than good if people do not understand the limitations of such testing.

How should antibody tests be used?

Anderson: There have not been formal guidelines at the national or local levels regarding how exactly these tests should be used. And, in the absence of such guidelines, many people are anxious to get antibody testing.

The way I look at such tests is that they’re a tool. People develop antibodies a week to two weeks into an infection, so antibody tests can support diagnostic tests in identifying current infections. They also can be used for screening or public health surveillance.

But, for all these purposes, antibody tests should not be the sole source of information for decision-making.

As we learn more about the tests and what they’re capable of, I think we’ll be able to make some evidence-based guidelines to indicate who should be tested and what we should do with the results. 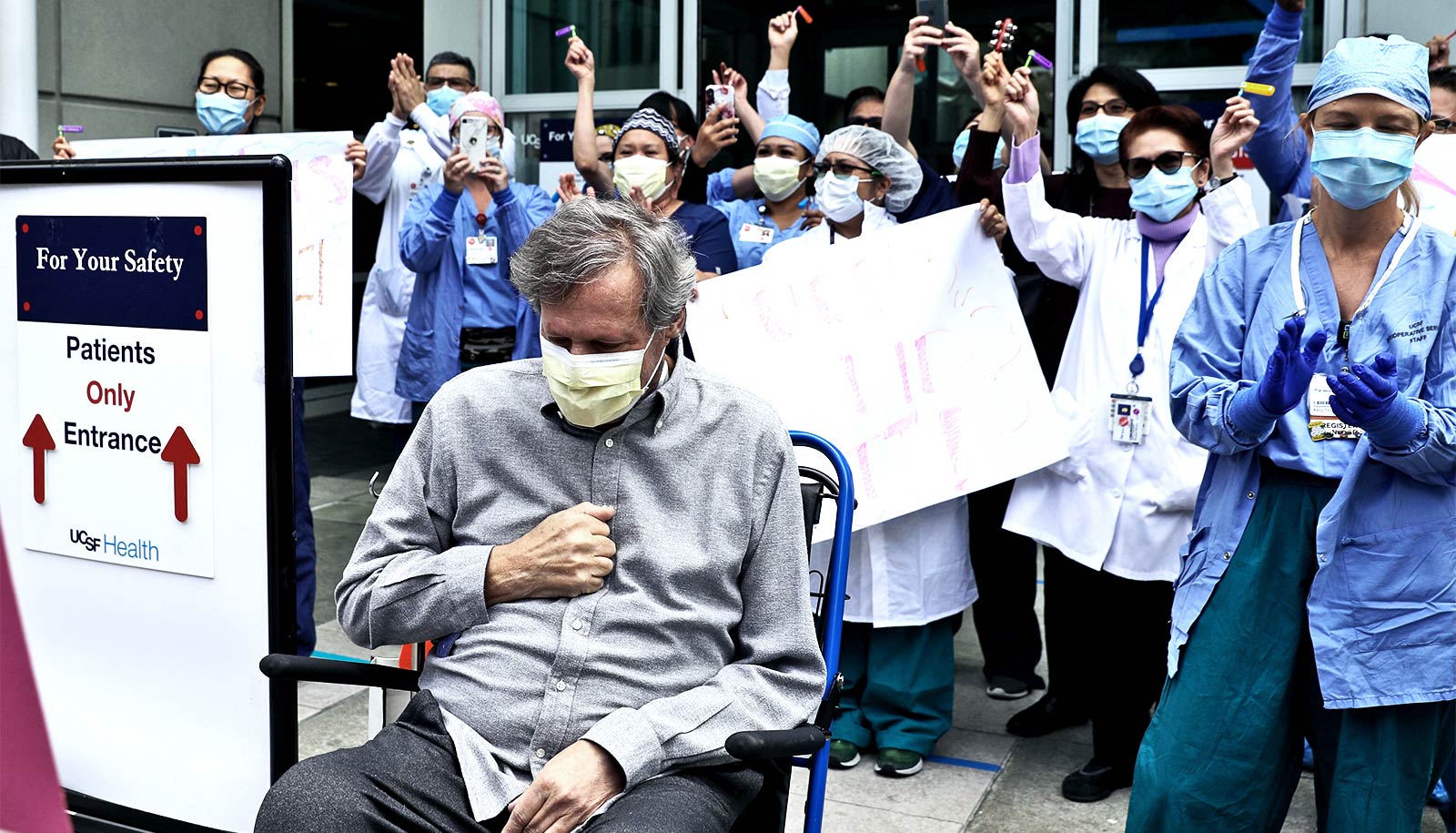 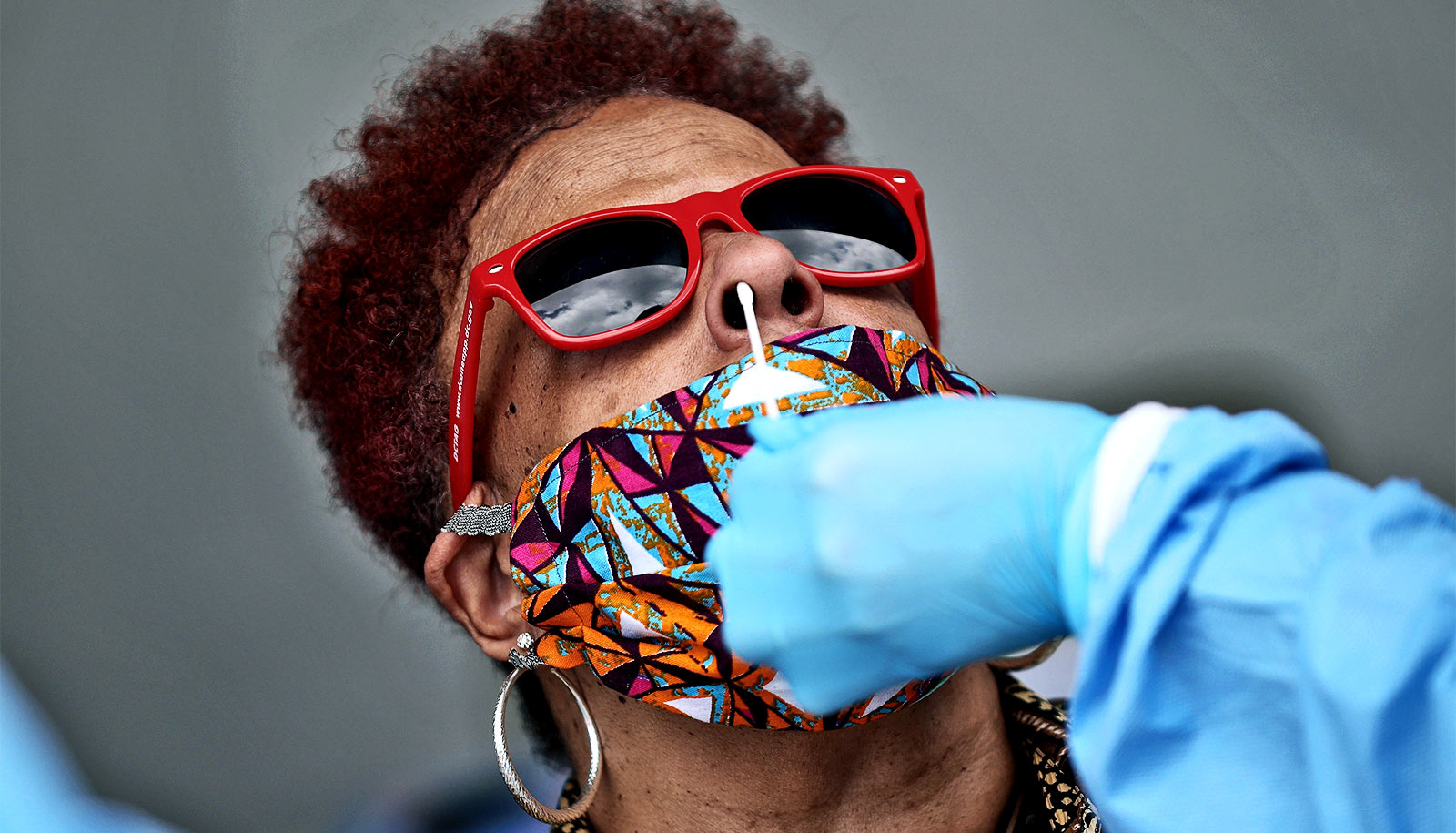 Self-swab COVID tests may be just as accurate