Climate change: 40°C summer temperatures could be common in UK by 2100

A new study lays bare the average summer heat people in the UK can expect by century's end.

A stark warning about the kind of summer that could become routine in the UK by the end of this century has been issued in a new study by the country’s Met Office.

Using temperature data and climate model simulations, the researchers tested the likelihood of UK temperatures exceeding 30°C, 35°C, and 40°C each summer over the next 80 years.

They found that if global greenhouse gas emissions continue to rise, temperatures exceeding 40°C could be reached somewhere in the UK every three-and-a-half years by 2100.

If you live or have travelled in a hot climate, you might know the stifling heat that envelops your body when the thermometer breaks 40°C. But there is a difference between experiencing that kind of heat from a pool or through the window of an air conditioned hotel room, and living in that heat for several days without reprieve.

In England alone, 2,000 people every year already die from heat related illnesses . While traditionally warmer climes have adapted over time to soaring summer temperatures, the UK is not prepared to handle these kinds of heatwaves.

How likely are 40°C heatwaves in the UK?

RCP refers to “representative concentration pathways”, which are projections of future warming under different greenhouse gas emissions scenarios. So, for instance, RCP 1.9 assumes that the world meets the ambitious target for reducing emissions set by the 2015 Paris Agreement, restricting the rise in global mean temperatures by the end of the century to less than 2°C above the pre-industrial average.

The Intergovernmental Panel on Climate Change (IPCC) has described RCP 4.5 as an intermediate scenario, in which emissions continue to rise until 2045 but by 2100, CO₂ levels in the atmosphere are half of 2050 levels. The projected global mean temperature rise under RCP 4.5 would be 2°C to 3°C by century’s end. RCP 8.5 is considered a worst-case scenario in which emissions continue to rise at current rates unabated through the 21st century, resulting in a global mean temperature rise of as much as 4.8°C by 2100.

With global warming comes an increase in the frequency and intensity of extreme weather . According to the new study, UK temperatures hotter than 35°C currently occur once every five years. But by 2100, under the IPCC’s intermediate scenario of RCP 4.5, where emissions lead to a 2-3°C global mean temperature rise, heatwaves of this magnitude are likely to occur every year in the UK.

Heatwaves of 40°C are currently quite rare in the UK, occurring once in 100 to 300 years, but by 2100, under RCP 4.5, they are likely to occur once every 15 years and under RCP 8.5, once every three and a half years. Regardless of which emissions pathway the global community follows, the researchers found that temperatures in the south of the UK will continue to rise, with 30°C, 35°C, and 40°C heatwaves becoming far more common than they would have under a hypothetical “natural” climate.

The role of the jet stream

Between 1960 and 2016, maximum daytime temperatures rose as much as 1°C per decade in the south-east of the UK, whereas temperature changes in Scotland were more variable, with some areas warming slightly and others cooling, according to the new study. Overall, England, with its more southerly latitude and greater distance from the cooling effects of the North Atlantic was found to be most susceptible to temperature extremes of 30°C and 35°C.

The UK’s future climate could depend a great deal on how global warming influences the atmosphere over the North Atlantic, and in particular, the North Atlantic jet stream. This is a high altitude band of strong winds that follows the boundary between colder and warmer air and controls the trajectories of storms and the location of pressure centres that strongly influence UK weather.

In May 2020, the jet stream slowed, shifted northwards, and buckled, allowing a high pressure centre to stall over the UK (and much of Europe) for weeks. This led to May 2020 being the sunniest month ever recorded in the UK. It was also the warmest May recorded globally .

Read more: A battle for the jet stream is raging above our heads

In a 2018 study , researchers used tree ring records from Britain and the Mediterranean to reconstruct the location of the North Atlantic Jet Stream back to 1725. They found that UK heatwaves tended to increase when the jet stream was positioned to the north, and its position there was far more common from the late 20th century onwards.

Rising temperatures in the northern hemisphere, melting Arctic sea ice and greenhouse gas emissions are likely influencing the behaviour of the jet stream. While scientists try to understand the jet stream’s sensitivity to these factors, the UK should brace itself for the inevitable heat of future summers.

The highest temperature ever recorded in the UK was broken on July 25 2019, when the mercury hit 38.7°C in Cambridge. That same summer, temperatures in France soared to 46°C and claimed 1,500 lives. Although devastating, this was nothing compared to the 15,000 victims who succumbed during France’s August 2003 heatwave.

France’s response to that disaster was to implement a national heatwave plan to keep people informed of imminent danger and provide public health guidance regarding heat-related illness an early warning system . These measures are credited with reducing the number of deaths during the 2019 heatwave. The UK must begin similar preparations in earnest, to weather the intense heatwaves that are to come.

Lisa Baldini does not work for, consult, own shares in or receive funding from any company or organization that would benefit from this article, and has disclosed no relevant affiliations beyond their academic appointment. 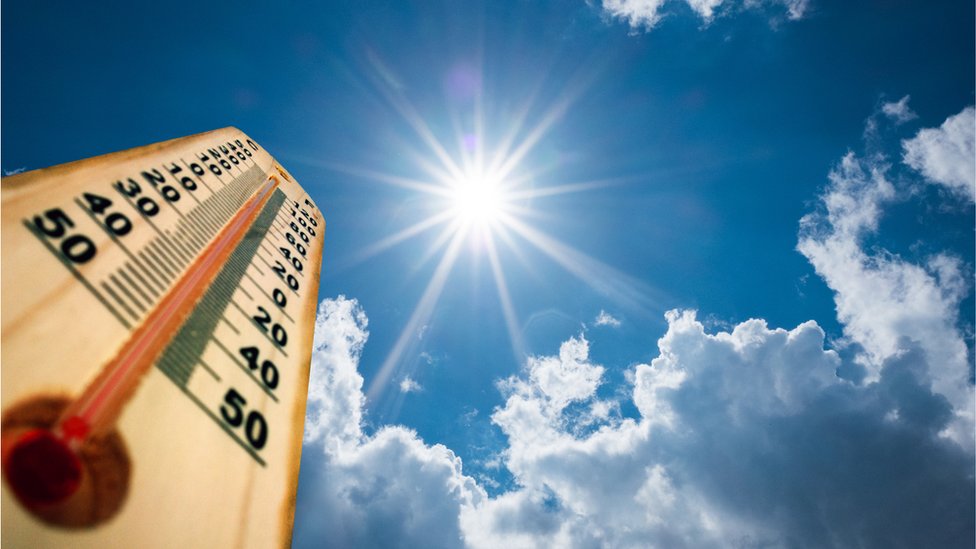