Team creates vesicles without any lipids

These bubble-like entities—which form spontaneously when specific protein and RNA molecules mix in an aqueous buffer solution—hold potential as biological storage compartments. They could serve as an alternative to traditional vesicles that are made from water-insoluble organic compounds called lipids, researchers say.

“Our discovery has widespread implications, from understanding basic cell biology to enabling possible biotechnological applications, such as targeted drug delivery or pesticide release,” says Priya Banerjee, assistant professor of physics at the University at Buffalo. “These hollow spheres look and behave like the classical lipid vesicles that people have been utilizing in bioengineering applications for many years, with an important exception: They are not made by lipids.”

“Because of the hollow structure resembling lipid vesicles, one may envision a potentially exciting application where protein-RNA vesicles are dispatched into cells for carrying out rescue missions by releasing biomolecules or changing the local subcellular environment,” says Davit Potoyan, assistant professor of chemistry at Iowa State University.

“Another reason to be excited is that these vesicles are formed spontaneously from naturally occurring proteins and nucleic acids, which may help to avoid issues of toxicity that might be seen in other polymers designed to mimic lipid vesicles.”

The findings appear in the Proceedings of the National Academy of Sciences .

To make the micron-sized vesicles, scientists mixed naturally occurring cationic proteins with RNA in an aqueous buffer solution. At some concentrations, the protein and RNA molecules clustered together to produce liquid droplets, akin to beads of oil floating in water. But at other concentrations, the protein and RNA instead came together to form the bubble-like vesicles.

As part of the research, the team also mapped out the conditions under which each type of structure forms. Experiments and simulations showed that the protein-RNA complexes coalesce spontaneously and are held together because of weak electrostatic attraction, repulsive interactions and chain entropy. A delicate balance of these forces dictates whether liquid droplets or hollow vesicles will form, the researchers say.

“We argue that there is a tradeoff between these forces,” Banerjee says. “When you have too much repulsion, the protein and RNA molecules stay separated. But when you balance these intricate forces, you see a stabilization of these different structures, liquid droplets or hollow condensates.”

After discovering the principle of how the vesicles form, the team created similar hollow droplets using other building blocks, such as designed polypeptides and synthetic polymers, demonstrating that the findings could have broad applications.

“We also observed that similar lipid-free vesicles can form with many proteins and RNA mimetics,” says Mahdi Muhammad Moosa, a postdoctoral scholar in physics at the University at Buffalo, who did the experiments. “The ability to pick and choose from a large pool of mimetics will allow customizable biotechnological application of these assemblies.”

The University at Buffalo has filed a provisional patent application for the lipid-free protein-RNA vesicles and the methods for making the vesicles.

The new study results from Banerjee’s past work on protein-RNA complexes, which focused on generating liquid droplets from protein and RNA molecules.

In one experiment, “When we added more RNA to the droplets, immediately these compartments, these beautiful bubble-like structures, started forming inside those droplets,” Banerjee recalls. “But it wasn’t stable, and it went away in a few minutes.”

That curious observation led his team to start investigating how to create the hollow structures and keep them intact for longer periods, which the new study achieves. The research on both liquid and hollow droplets could lead to improved understanding of how similar compartments form spontaneously inside human cells, Banerjee says.

One intriguing aspect of the study is the formation of vesicular geometry, reminiscent of membranes, arising from protein and RNA molecules, the scientists say. Lipids are well-known building blocks for biological membranes, but the new study suggests that other possibilities may exist for creating membrane-like barriers in biological systems that were previously not known, Banerjee says. Future studies could explore whether and how cells might use protein-RNA membranes to perform certain biological functions.

The post Team creates vesicles without any lipids appeared first on Futurity . 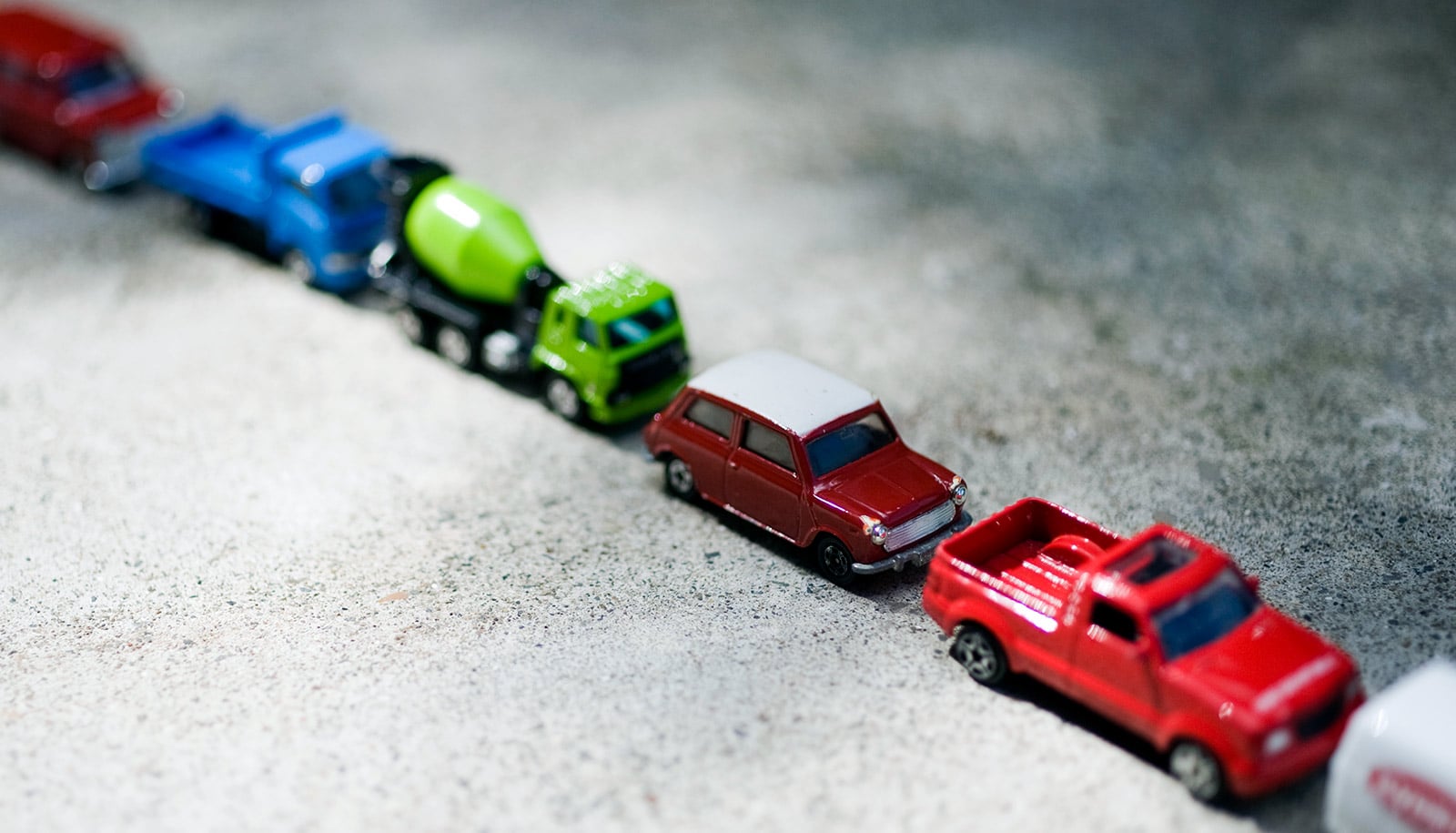 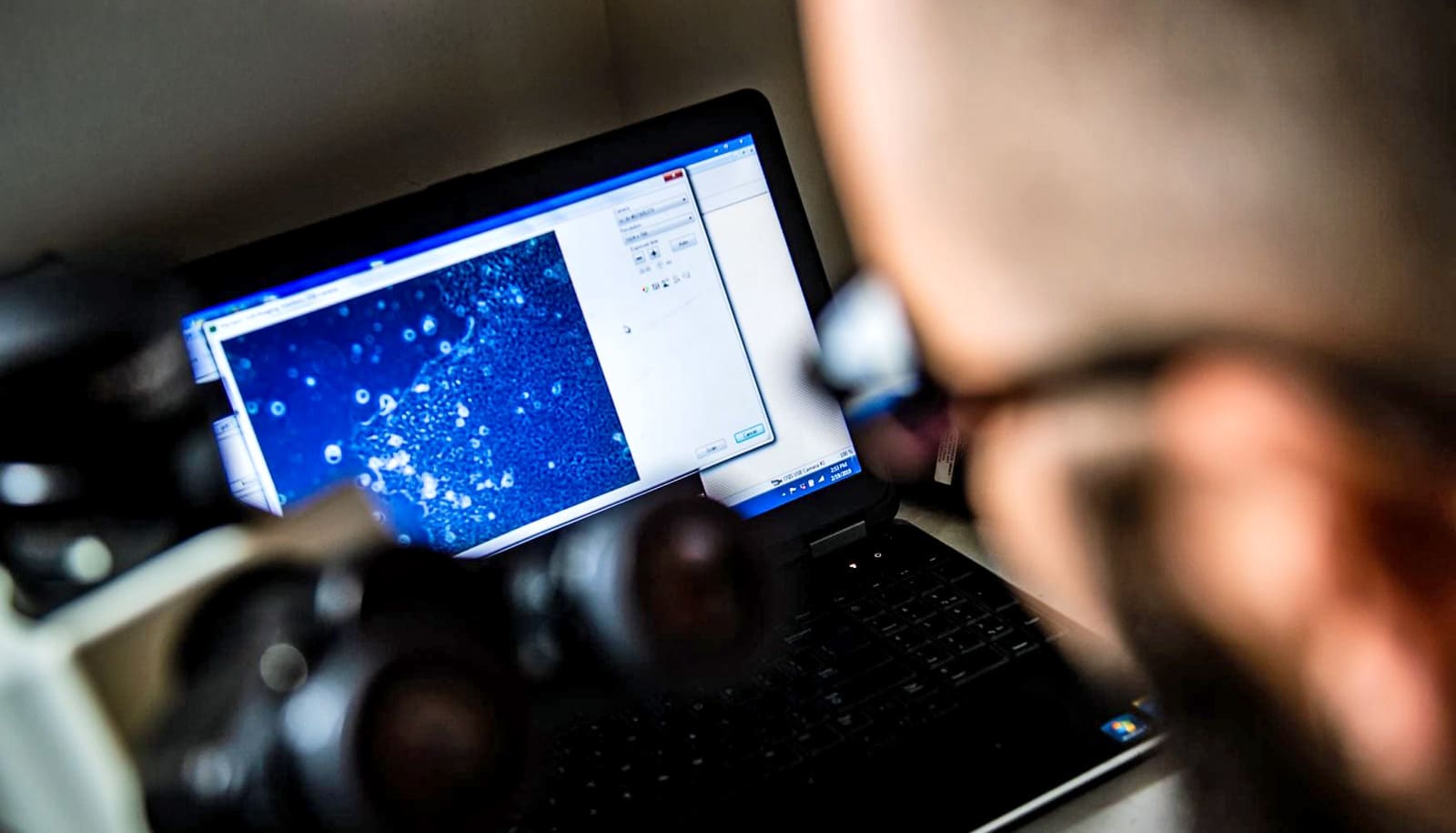 Key pathway in embryonic cells has a varied job