Rival powers jockey for the lead in hypersonic aircraft

The US, China and Russia are pouring money into aircraft that can fly at five times the speed of sound.

"I've spent my career on things flying fast," says Adam Dissel, who heads up the US operations of Reaction Engines.

This British company is building engines that can operate at dizzying speeds , under conditions that would melt existing jet engines.

The firm wants to reach hypersonic velocity, beyond five times the speed of sound, around 4,000mph (6,400km/h) or Mach 5.

The idea is to build a high-speed passenger transport by the 2030s. "It doesn't have to go at Mach 5. It can be Mach 4.5 which is easier physics," says Mr Dissel.

At those kinds of speeds you could fly from London to Sydney in four hours or Los Angeles to Tokyo in two hours.

However, most research into hypersonic flight is not for civil aviation. It originates from the military, where there's been a burst of activity in recent years.

James Acton is a UK physicist who works for the Carnegie Endowment for International Peace in Washington. Surveying the efforts of the US, China and Russia in hypersonic weapons he concludes that "there's a whole zoo of hypersonic systems on the drawing board".

Special materials that can withstand the extreme heat created around Mach 5, and a host of other technologies, are making hypersonic flight in the Earth's atmosphere possible.

Now rival powers are striving to create weapons that can stay within the atmosphere, without needing to utilise the cooling properties of outer space, and that can be manoeuvred - unlike a static ICBM aimed at a city - towards a target that might be moving itself.

Military spending is driving the hypersonic push by the three big national players.

In a recent Pentagon media briefing Mike White, assistant director for hypersonics in the US military, talked about development being driven by "our great power competitors and their attempts to challenge our domain dominance".

Accuracy is a major challenge for these hypersonic missiles.

Mere possession of hypersonic missiles, dubbed "carrier-killers", might force US aircraft carriers to stay far from the Chinese coast in the mid-Pacific.

But hitting a nuclear-powered aircraft carrier travelling at 30 knots or more (35mph or 56km/h) requires fine adjustments to a missile's course that are tough to achieve at Mach 5.

The heat generated around a missile's skin creates a sheath of plasma, or gaseous matter, at hypersonic speeds.

This can block off signals received from external sources, such as communications satellites and can also blind internal targeting systems trying to see outwards to locate a moving object.

Plasma only builds up where the highest temperature is found.

A conical-shaped missile will have a uniform coating of plasma, but missiles that resemble sleek-winged darts may push that plasma screen away from surfaces that contain the most sensitive antennae.

As if hypersonic flight isn't difficult enough, chemical dissociation adds to the problems.

At extreme speeds and temperatures this phenomenon causes the atoms that hold oxygen molecules together to break down.

This in turn complicates the chemical model that any air-breathing engine is based on.

Progress in the hypersonic arms race has been dramatic. In 2010 the US flew a shark-jawed, unmanned aircraft across a stretch of the Pacific Ocean at hypersonic speeds for five minutes.

The goal was more than sheer speed. It was time.

Five minutes may not sound like a long flight time, but in terms of defeating hypersonic barriers it was a triumph.

This speed machine, the X-51A, was dropped from a high-flying B-52 bomber and used a rocket booster to reach Mach 4.5 before its main engine kicked in.

Known as a scramjet, this engine combined the rush of air into a jagged intake with jet fuel - to accelerate to hypersonic speeds.

That meant coping for several minutes with air temperatures entering the intake at 1,000C. Four X-51As eventually took a one-way trip over the Pacific between 2010 and 2013.

Aerojet Rocketdyne is a California space and rocket engine specialist that worked on the X-51A. It is a measure of the secrecy surrounding this technology that its staff will only speak on condition of anonymity, even seven years after the project ended.

One hypersonics expert at the firm says of the X-51A: "The really hot part of the machine is at the front where shockwaves form, so that's where the investment in materials goes".

He says much was learned from the X-15 rocket-plane of the 1960s and from the subsequent Space Shuttle programme.

Reaction Engines has now demonstrated a process that should enable its aero-engine to ingest super-heated hypersonic air without hiccups.

Its Sabre engine incorporates what it calls a "pre-cooler". This is the first part of the engine to encounter the raging hot hypersonic air.

The challenge then is to mix it with fuel to create thrust.

As hot as lava

The Sabre engine was subject to an intensive test regime at a Colorado site in October 2019, during which Reaction Engines had to find a way to replicate hypersonic air speeds.

The firm took a supersonic engine, nailed it down and channelled the air blasting out of its rear into the Sabre engine's intake.

The Sabre pre-cooler did its job, piping coolant into the system at high pressure and allowing Sabre to mix that air with fuel.

The materials required here are not simple. The Space Shuttle relied on ceramic tiles comprised of composite materials known as ablatives to shield it during the white-hot re-entry into Earth's atmosphere.

An alternative approach to ablatives, is to employ a nickel alloy called Inconel which can cope with airflow heated to the same intensity as a lava flow.

Mr Dissel says Reaction Engines is now going down this Inconel alloy route. "That's kind of where we are now, and also running cooling channels to sap the heat," he says.

So a sophisticated thermal management system paired with Inconel points the way forward.

If this combination works the vision of paying passengers on a hypersonic flight might become a reality within 15 years.

The potential for hypersonic travel to let VIPs arrive with maximum impact has been spotted by the US Air Force unit that deals with presidential jets.

It has commissioned Atlanta-based hypersonic start-up Hermeus to evaluate a Mach 5 transport design carrying up to 20 passengers.

It means that in the future, the president of the United States might one day join a very select band of Mach 5 travellers. 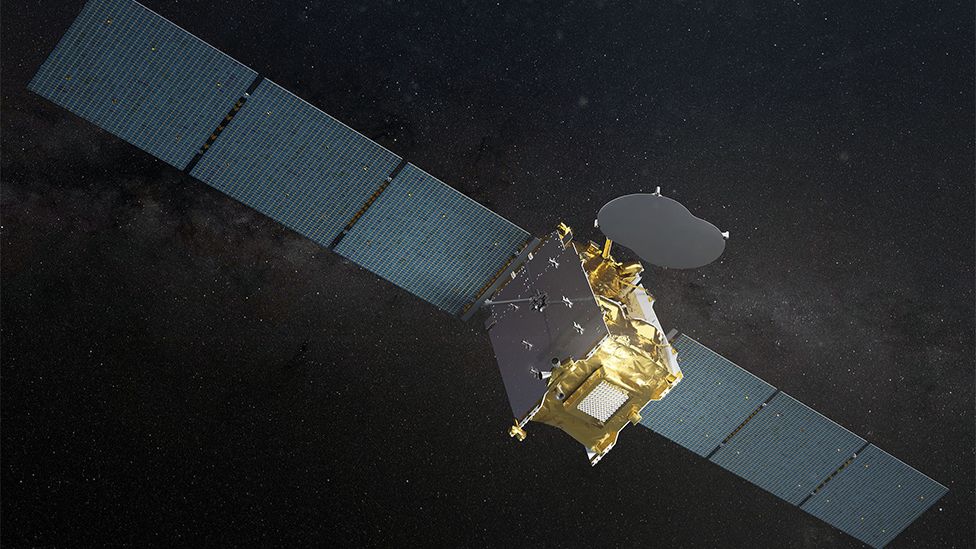