Was our planet always wet?

The building blocks of our planet may have been the source of water on Earth rather than comets or asteroids from faraway, researchers report.

Water on Earth may have come from materials already present in the inner solar system at the time the planet formed, not from far-reaching comets or asteroids, a new study shows.

Researchers determined that a type of meteorite called an enstatite chondrite contains sufficient hydrogen to deliver at least three times the amount of water contained in the Earth’s oceans, and probably much more.

Enstatite chondrites are entirely composed of material from the inner solar system—essentially the same stuff that made up the Earth originally.

“Our discovery shows that the Earth’s building blocks might have significantly contributed to the Earth’s water,” says lead author Laurette Piani, a researcher at the Centre de Recherches Pétrographiques et Géochimiques (CRPG, CNRS/Université de Lorraine) in Nancy, France who is now a postdoctoral fellow at Washington University in St. Louis.

“Hydrogen-bearing material was present in the inner solar system at the time of the rocky planet formation, even though the temperatures were too high for water to condense.”

Researchers say the findings in the journal Science are surprising because the Earth’s building blocks are often presumed to be dry. They come from inner zones of the solar system where temperatures would have been too high for water to condense and come together with other solids during planet formation.

The meteorites provide a clue that water didn’t have to come from far away.

“The most interesting part of the discovery for me is that enstatite chondrites, which were believed to be almost ‘dry,’ contain an unexpectedly high abundance of water,” says Lionel Vacher, a postdoctoral researcher in physics at Washington University in St. Louis.

Vacher prepared some of the enstatite chondrites in this study for water analysis while completing his PhD at Université de Lorraine. Now, Vacher is working on understanding the composition of water in other types of meteorites.

Enstatite chondrites are rare, making up only about 2% of known meteorites in collections. But their isotopic similarity to Earth make them particularly compelling. Enstatite chondrites have similar oxygen, titanium, and calcium isotopes as Earth, and this study shows that their hydrogen and nitrogen isotopes are similar to Earth’s, too.

In the study of extraterrestrial material s, researchers use the abundances of an element’s isotopes as a distinctive signature to identify where that element originated.

“If enstatite chondrites were effectively the building blocks of our planet—as strongly suggested by their similar isotopic compositions—this result implies that these types of chondrites supplied enough water to Earth to explain the origin of Earth’s water, which is amazing!” Vacher says.

The paper also proposes that a large amount of the atmospheric nitrogen—the most abundant component of the Earth’s atmosphere—could have come from the enstatite chondrites.

“Only a few pristine enstatite chondrites exist: ones that were not altered on their asteroid nor on Earth,” Piani says. “In our study we have carefully selected the enstatite chondrite meteorites and applied a special analytical procedure to avoid being biased by the input of terrestrial water.”

Coupling two analytical techniques—conventional mass spectrometry and secondary ion mass spectrometry (SIMS)—allowed researchers to precisely measure the content and composition of the small amounts of water in the meteorites.

Prior to this study, “it was commonly assumed that these chondrites formed close to the sun,” Piani says. “Enstatite chondrites were thus commonly considered ‘dry,’ and this frequently reasserted assumption has probably prevented any exhaustive analyses to be done for hydrogen.”

The post Was our planet always wet? appeared first on Futurity . 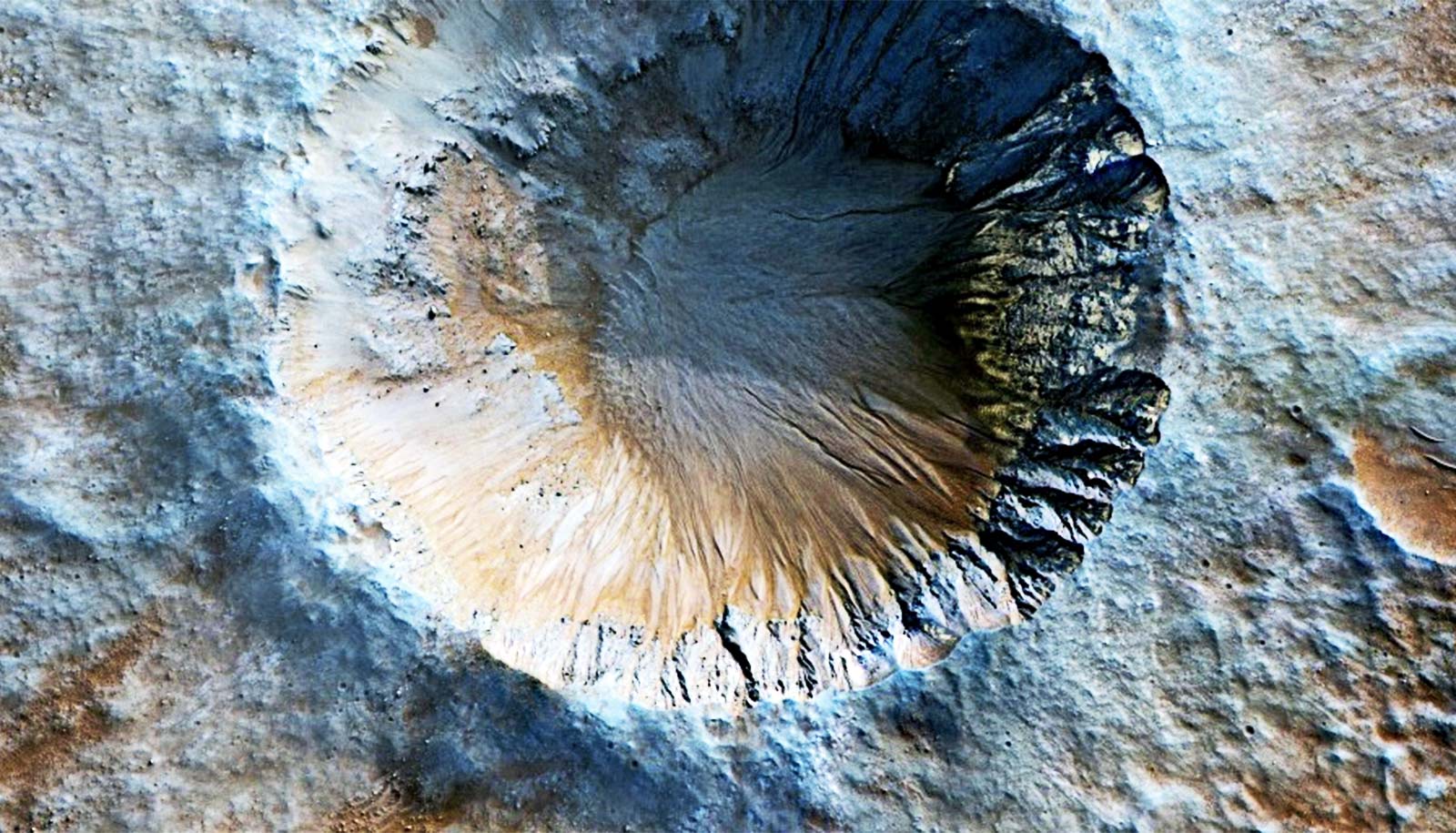 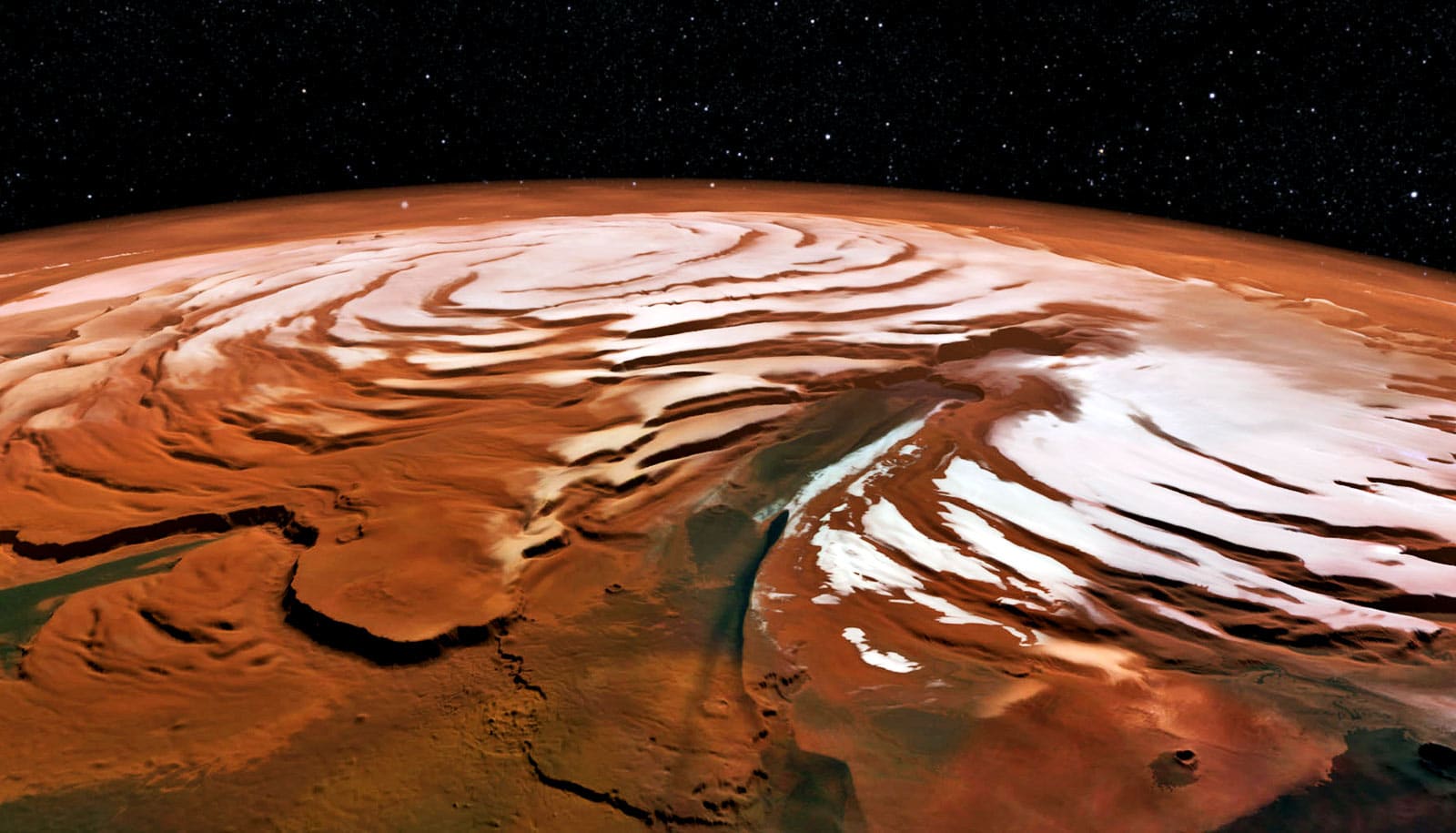