California and Oregon 2020 wildfires in maps, graphics and images

A visual guide to the wildfires ravaging California, Oregon and other western states.

Dozens of wildfires have been burning their way through swathes of the US West Coast over the last month, killing more than 30 people and forcing tens of thousands from their homes.

Lightning strikes in August sparked a number of the blazes, while warm temperatures and dry conditions have fuelled additional fires.

Here's a visual guide to what's happening - a month on from a state of emergency being declared in California.

The fires are record-breaking

Wildfires are burning millions of acres in California, Oregon and other parts of the western US, devastating towns and blanketing communities in thick smoke.

Scientists say the region's wildfires are the worst in 18 years and have linked their increasing prevalence and intensity to climate change. However, US President Donald Trump has blamed poor forest management for the blazes.

Plumes of smoke from the fires are so large, they have crossed the US and the Atlantic Ocean, carried by the jet stream, and have reached the skies of Europe.

Nasa captured the high-altitude smoke and associated aerosols - particles in the air - as they travelled east to New York City and Washington DC in the middle of last week.

By the end of last week the smoke had reached Northern Europe, scientists from the European Commission's Copernicus Atmosphere Monitoring Service (CAMS) say. It is forecast to do so again in the coming days.

The fact the fires are emitting so much pollution that can be detected thousands of miles away reflects "just how devastating they have been in their magnitude and duration", says Mark Parrington, a CAMS senior scientist.

🔥 #Smoke from the unprecedented #USFires is moving back across #NorthAmerica from the #Pacific and is on its way to #Europe .

Find out more about the monitoring of fires and their smoke by the #CopernicusAtmosphere Monitoring Service in our latest article➡️ https://t.co/st70y5IwUC pic.twitter.com/h7MoM2IBKl

Data from CAMS also shows the fires are "significantly more intense" than the average for 2003-2019 and are the worst in 18 years.

Nasa has described a "perfect storm of meteorological factors" contributing to the period of "extreme burning" . Record-breaking temperatures, unusually dry air and fierce winds - on top of drought in some areas - have exacerbated the fires.

Vincent Ambrosia, from Nasa's Earth Applied Sciences Program's wildfire research team, said these conditions, alongside the "long-term drying and warming of both the air and vegetation", meant larger, higher-intensity fires.

Some have estimated the economic impact of this year's fires could be more than $20bn (£15.5bn).

More on the fires:

The wildfires are devastating California and Oregon

The US National Interagency Fire Center has said firefighters are battling 106 large wildfires across the western US , with higher-than-normal levels of burning in a number of states.

California and Oregon have seen some of the worst of the blazes.

Many of the fires are in California, where fire officials have said more than 17,000 firefighters are battling more than 20 major blazes.

And with no rain forecast, the state remains "dry and ripe for wildfires", the state firefighting agency Cal Fire has warned.

California Governor Gavin Newsom says the state has seen 7,606 blazes this year compared with 4,972 in 2019. And according to Cal Fire, five of the top 20 largest fires in California's history have occurred in 2020.

US Senator Jeff Merkley of Oregon described the scene in his state as "apocalyptic", with affordable housing, apartment blocks and commercial districts burned to the ground.

The area of burned land is massive

The fires have devastated millions of acres.

According to the National Interagency Fire Center, 6.7m acres (2.7m hectares) have been burned this year, so far.

The August Complex fire, in Tehama County, California, has become the state's biggest recorded fire ever, covering more than 750,000 acres.

Lives across the region have been devastated

The fires have devastated several small towns, destroying thousands of homes and killing more than 30 people.

Tens of thousands of people have been left homeless or have been evacuated, and search teams are continuing to scour the ruins of burned-out homes for the missing.

In Oregon, the Almeda fire has been wreaking havoc since it started in the city of Ashland on 8 September.

Strong winds drove the blaze's flames north through towns and communities along a 13-mile stretch of the N5 highway.

In the city of Talent, Jackson County, businesses, homes and trailer parks were razed. Dozens more properties were destroyed in neighbouring Phoenix.

A fire service spokesman said 42,000 people in the area had been affected. Many had lost their homes, while others had to be evacuated or had been left without electricity.

High school teacher Tracy Koa fled Talent with her partner, Dave Tanksle, along with their 13-year-old daughter. They returned to find their home and neighbourhood had gone up in smoke.

"We knew that it was gone," she told Reuters. "But then you pull up, and the devastation of just every home, you think of every family and every situation and every burnt-down car, and there are just no words for it."

Air quality is so poor it is off the scale

The states of Oregon, Washington and California are experiencing some of the most unhealthy air on the planet, according to global air quality rankings.

In some parts of Oregon, air quality has been so hazardous that it has gone beyond the scale of the state's Air Quality Index.

Pollution from wildfires, contains soot and other fine particles dangerous to human health, as well as noxious chemicals.

Residents who smell smoke or see haze are advised to take precautions against breathing it in and to stay informed about local air quality warnings.

All of the smoke also translates into significant carbon emissions, Nasa says.

It already estimates that 2020 is the highest year of fire carbon emissions for California in its Global Fire Emissions Database, which goes back to 1997.

"Fire emissions this year far outpace the annual totals for all other years, and it is only September 11," says Douglas Morton, chief of the Nasa Goddard biospheric sciences laboratory.

California's peak fire season usually runs until October, but can continue until further in the year. 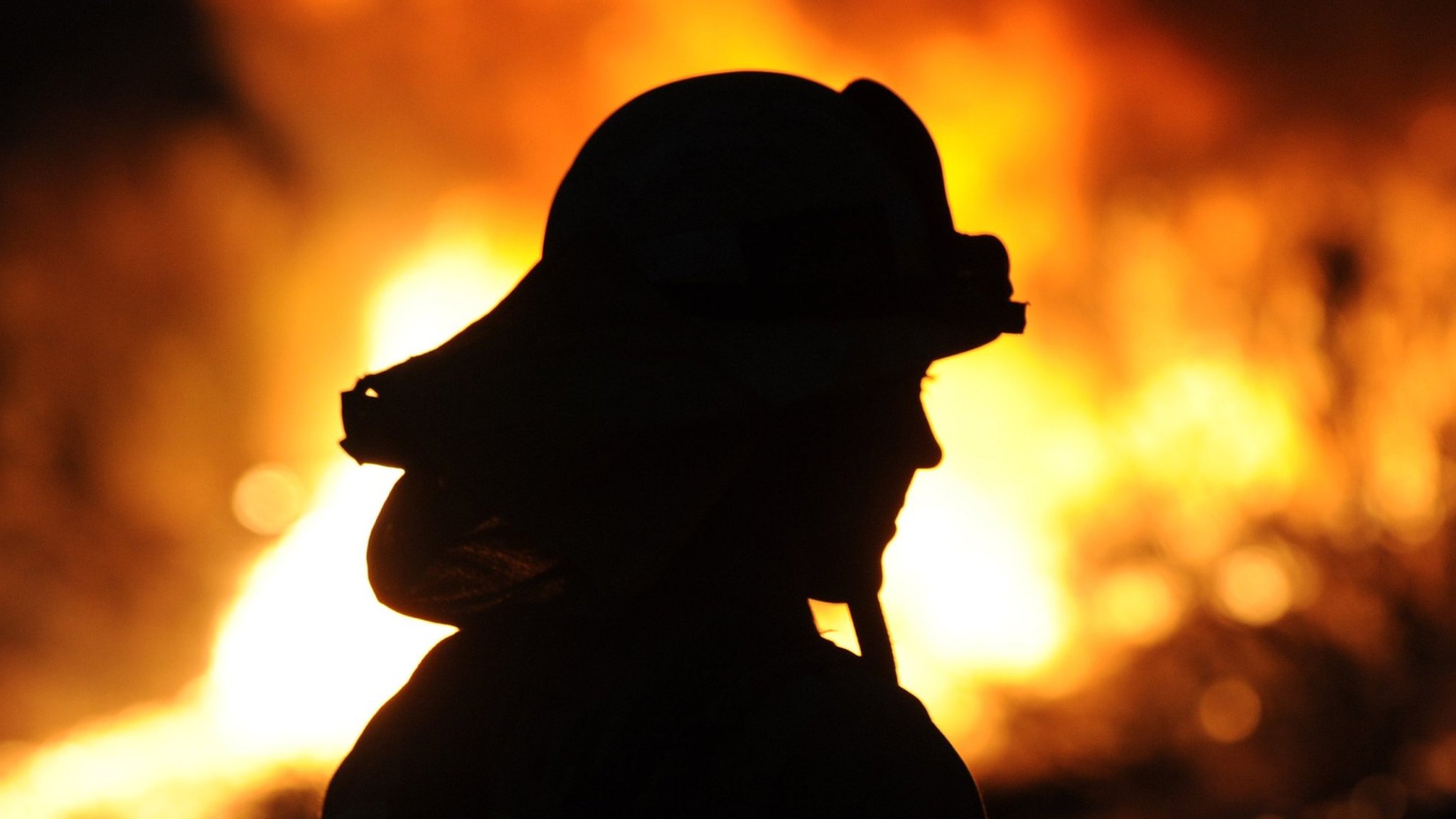