When polymers prove resistant to recycling, new chemical techniques can do the job of breaking them down for reuse

When polymers prove resistant to recycling, new chemical techniques can do the job of breaking them down for reuse

As hard as it is to imagine a time when we weren’t awash in plastics, mass production of synthetic polymers didn’t really begin until about 1950. Since then, however, we’ve generated an estimated 8.3 billion metric tons of the stuff — with about half that total coming since 2000 — and we’ve discarded something like 6.3 billion tons of it. (For perspective, a billion metric tons of plastic would form a cube roughly 1 kilometer on a side.)

Unfortunately for the planet, only about 9 percent of that plastic waste has ever been recycled. Another 12 percent has been incinerated, most recently in waste-to-energy facilities. But most of the rest has gone into landfills — or worse, into the environment, where it can end up choking wildlife, washing up on beaches, fouling the open ocean or disintegrating into microplastic granules that wreak havoc on the food chain. And, although some regions are now doing much better than that historical average — Europe is currently recycling about 30 percent, for example — the plastic recycling rates in the United States and Canada are still under 10 percent.

One big reason for these dismal numbers is that plastics are actually quite hard to recycle. Much of what is done to recover plastic from the waste stream is a purely mechanical process. Once the plastic items have been sorted by polymer type and sent to the recycling mill (see  Recycling meets reality), they are simply chopped up, washed clean and melted down into pellets. The pellets are then sold to manufacturers that will incorporate the material into new products.

“That’s nice for making plastic buckets, or crates or fleece jackets,” says Craig Cookson, senior director for recycling and recovery at the American Chemistry Council. “But it’s challenging to get that material back into bottles or packaging,” he says, if only because you’re now working with a mix that’s anything but transparent and chemically pure.

And that’s just for “thermoplastics” — an eclectic group that includes water bottles, packaging, nylon fittings and all the other plastics that melt. About 25 percent of the plastic produced every year belongs to an equally eclectic group of “thermosets” that won’t melt. Think plastic autobody panels, rubber tires, foam pillows, melamine countertops and the epoxy that binds carbon fiber composites. What they share is that they’re made from raw materials that chemically react inside the mold, turning the precursor polymers into a densely cross-linked 3-D web that is quite strong and durable, but virtually impossible to disentangle. Heat them and they’ll just burn — which is why they can’t even be mechanically recycled, except possibly as filler material, and mostly just wind up in an incinerator or landfill.

But for both thermoplastics and thermosets, says Cookson, there is another way: a family of techniques commonly known as chemical recycling (although his preferred term is “advanced recycling.”) The idea is to forget about melting the material, which is a purely physical process that doesn’t change its composition, and instead convert it chemically — that is, take it back to its molecular building blocks through a combination of heat, pressure and catalysis.

Depending on the feedstocks you start with and the final product you want, he says, those building blocks could be monomers that you can then resynthesize into pure polymers, minus all the dyes, additives, foil layers, and whatnot found in the original. Or the building blocks could be a mix of short-chain molecular fragments similar to the hydrocarbon mix that plastics are made from in the first place. From there, says Cookson, you can make not only new plastics, but virtually anything else, including waxes, lubricants, chemicals and even transportation fuels.

Chemical companies and academic scientists have spent decades figuring out how to do all this in the laboratory. True, thermoset plastics are still a challenge: One research frontier is to find ways of chemically recycling them without using lots of heat and energy. (The process would still require some fairly fierce chemical solvents). One promising approach is to change the way plastics are made to begin with, by  augmenting the polymer matrix with monomers that will be strong while the product is in use, but that will break apart much more easily at recycling time.

Still, says Cookson, many of the chemical recycling techniques are already quite mature. And since 2018, when it became virtually impossible to sell sorted plastics to recycling mills in China, there has been a concerted effort to deploy these methods on a commercial scale. “Certainly in the last two years we’ve seen a huge uptick in announcements of recycling projects,” he says. According to a 2019 report by Closed Loop Partners, a New York-based investment firm that invests in circular-economy-related startups, that list includes more than 40 plastics recycling plants that are either operating or scheduled to open within the next few years in the United States and Canada alone. At least some of those plants are expected to incorporate chemical recycling technology.

Of course, notes Pete Keller, a vice president at the Arizona-based waste management firm Republic Services, these new technologies still have a lot to prove — starting with whether or not their products can compete with virgin plastics made from cheap natural gas. “But there’s a lot of smart people working on this and trying to figure it out,” he says.

Modern industry has made great strides in turning trash into tomorrow’s new products, but the process is still a long way from perfect. New technologies can help. Read more

Mitch Waldrop is a freelance writer based in Washington, DC.

Why solar geoengineering should be part of the climate crisis solution 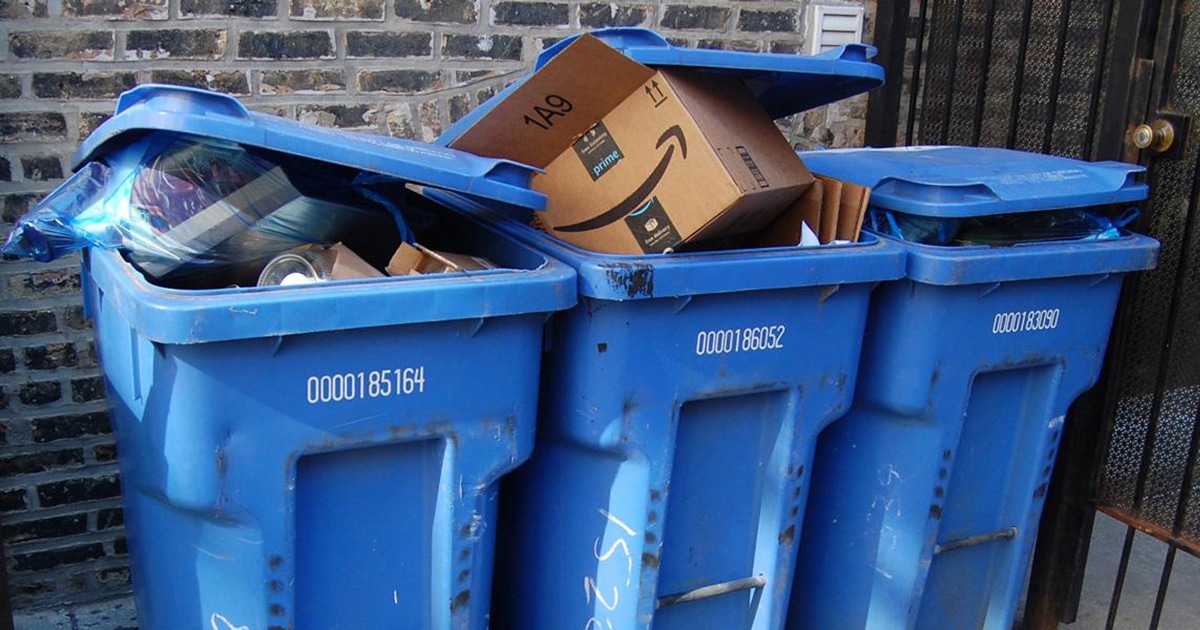