Beetle that can survive a car tire may inspire tough materials

Getting run over by a car isn't a near-death experience for the diabolical ironclad beetle. How it survives could lead to materials with the same toughness.

The beetle is so tough it can survive getting run over by a car.

The materials would be stiff but ductile like a paper clip, making machinery such as aircraft gas turbines safer and longer-lasting, according to the new study in Nature .

The study found that the diabolical ironclad beetle’s super-toughness lies in its two armorlike “elytron” that meet at a line, called a suture, running the length of the abdomen.

In flying beetles, the elytra protect wings and facilitate flight. But the diabolical ironclad beetle doesn’t have wings. Instead, the elytra and connective suture help distribute an applied force more evenly throughout its body.

“The suture kind of acts like a jigsaw puzzle. It connects various exoskeletal blades—puzzle pieces—in the abdomen under the elytra,” says Pablo Zavattieri, professor of civil engineering at Purdue University. This jigsaw puzzle comes to the rescue in several different ways depending on the amount of force applied, he says.

To uncover these strategies, a team led by David Kisailus, a professor at the University of California, Irvine, looked at CT scans to first test the limits of the beetle’s exoskeleton and characterized the various structural components involved.

Using compressive steel plates, the researchers found that the diabolical ironclad beetle can take on an applied force of about 150 newtons—a load of at least 39,000 times its body weight—before the exoskeleton begins to fracture.

That’s more impressive than it sounds: A car tire would apply a force of about 100 newtons if running over the beetle on a dirt surface, the researchers estimate. Other terrestrial beetles the team tested couldn’t handle even half the force that a diabolical ironclad can withstand.

Zavattieri’s lab followed up these experiments with extensive computer simulations and 3D-printed models that isolated certain structures to better understand their role in saving the beetle’s life.

When combined, all of these studies revealed that when under a compressive load such as a car tire, the diabolical ironclad beetle’s jigsaw-like suture offers two lines of defense.

First, the interconnecting blades lock to prevent themselves from pulling out of the suture like puzzle pieces. Second, the suture and blades delaminate, which leads to a more graceful deformation that mitigates catastrophic failure of the exoskeleton. Each strategy dissipates energy to circumvent a fatal impact at the neck, where the beetle’s exoskeleton is most likely to fracture.

Even if a maximum force is applied to the beetle’s exoskeleton, delamination allows the interconnecting blades to pull out from the suture more gently. If the blades were to interlock too much or too little, the sudden release of energy would cause the beetle’s neck to snap.

It’s not yet known if the diabolical ironclad beetle has a way to heal itself after surviving a car “accident.” But knowing about these strategies could already solve fatigue problems in various kinds of machinery.

“An active engineering challenge is joining together different materials without limiting their ability to support loads. The diabolical ironclad beetle has strategies to circumvent these limitations,” says David Restrepo, an assistant professor at the University of Texas at San Antonio who worked on this project as a postdoctoral researcher in Zavattieri’s group.

In the gas turbines of aircraft, for example, metals and composite materials are joined together with a mechanical fastener . This fastener adds weight and introduces stress that could lead to fractures and corrosion.

“These fasteners ultimately decrease the performance of the system and need to be replaced every so often. But the interfacial sutures of the diabolical ironclad beetle provide a robust and more predictable failure that could help solve these problems,” says Maryam Hosseini, who worked on this project as a PhD student and postdoctoral researcher in Zavattieri’s group. Hosseini is now an engineering manager at Procter & Gamble Corp.

Researchers from the University of California, Irvine built a carbon fiber composite fastener mimicking a diabolical ironclad beetle’s suture. Purdue researchers found through loading tests that this fastener is just as strong as a standard aerospace fastener, but significantly tougher.

“This work shows that we may be able to shift from using strong, brittle materials to ones that can be both strong and tough by dissipating energy as they break. That’s what nature has enabled the diabolical ironclad beetle to do,” Zavattieri says.

The Air Force Office of Scientific Research and the Army Research Office through the Multi-University Research Initiative funded the work. The study used resources at the Advanced Light Source, a US Department of Energy Office of Science User Facility.

The post Beetle that can survive a car tire may inspire tough materials appeared first on Futurity . 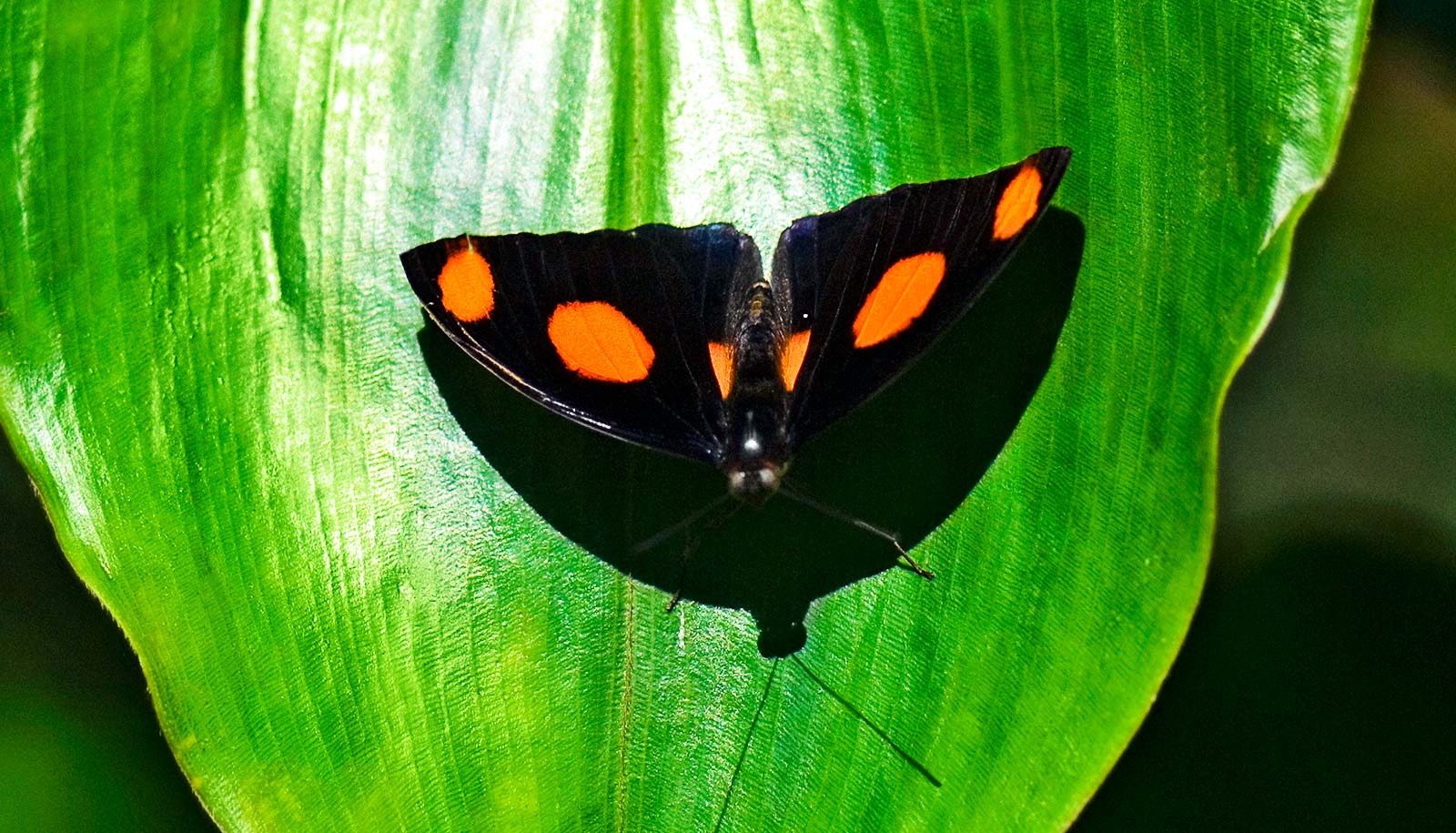 How butterfly wings get blacker than black 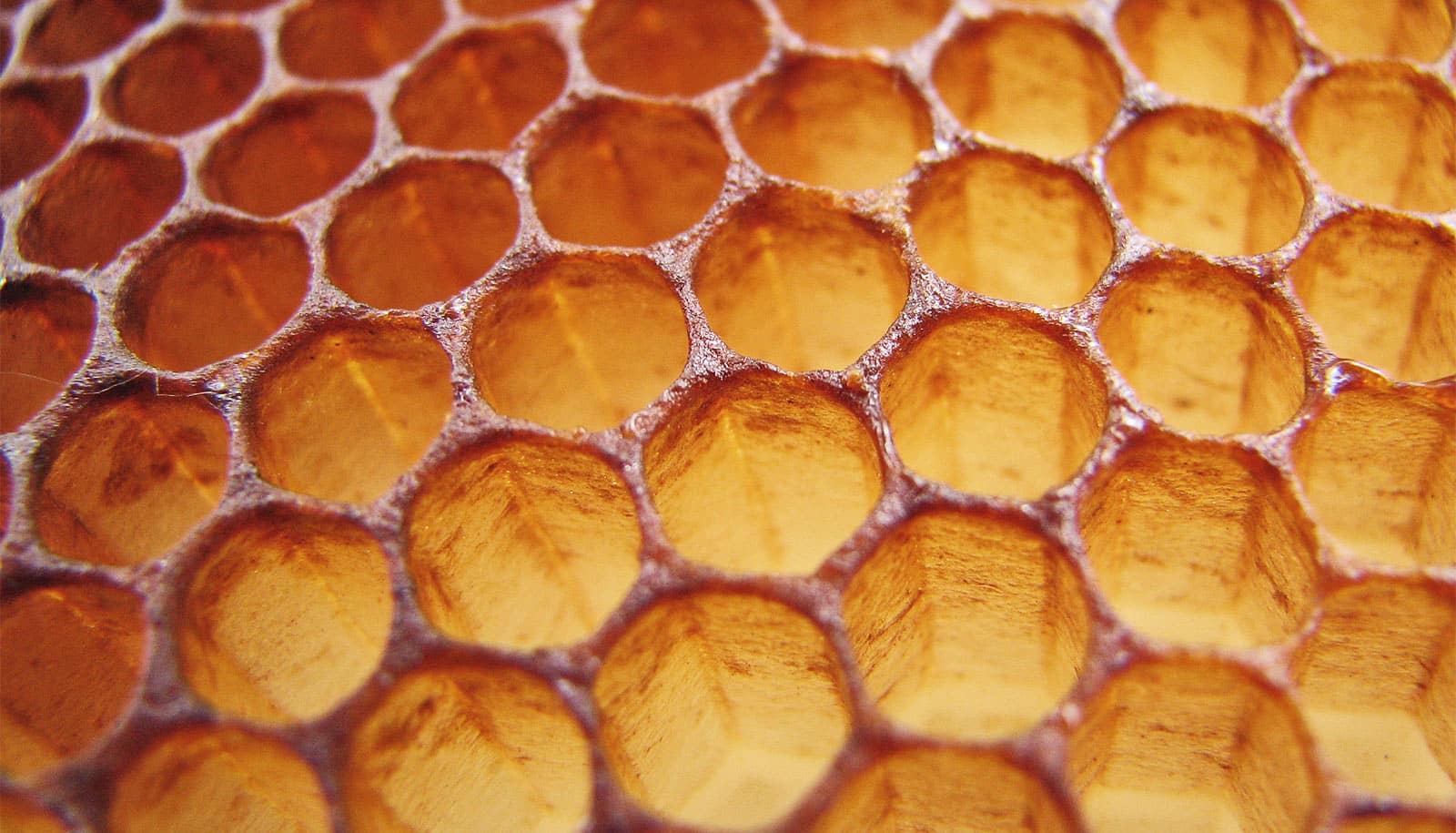