By Rhiju Das and Martin Skladany

Quickly vaccinating billions of people around the globe against Covid-19 is going to be an endeavor like no other in human history. What could make it even more difficult is that some of the leading contenders — mRNA vaccines — have a very short shelf life: They have to be stored and shipped at temperatures as low as minus 80 degrees Celsius (minus 112 degrees Fahrenheit).

The private sector, as well as the US military, is trying to figure out how to manage that feat. But there’s another possibility — and it relies on thousands of people playing an online game.

A relatively new technology, mRNA vaccines are promising because they can be created and manufactured quickly. Pfizer and Moderna’s vaccine candidates (two of the first three to begin Phase 3 clinical trials in the United States) are mRNA vaccines. Once thawed, however, an mRNA vaccine has to be used immediately. Without a breakthrough, such vaccines wouldn’t be available at local pharmacies, community centers or libraries, as the flu shot is. They probably would never reach developing countries.

It turns out that big groups of humans are better — significantly so — at coming up with brand-new RNA structures than even the latest kinds of artificial intelligence.

But it should be possible to create a longer-lasting vaccine by redesigning a bit of its genetic code that, once injected into our bodies, instructs cells to create a protein that is identical to one on the exterior of the SARS-CoV-2 virus. Just like a traditional vaccine made from weakened or dead viral material, this protein teaches the immune system to recognize and destroy the virus that causes Covid-19.

Scientists can quite easily design an mRNA that codes for this protein. In fact, there is an astronomical number of possible mRNAs that will work. But the vast majority of those mRNA molecules are floppy — and bits of a floppy mRNA molecule occasionally contort into folds that cause it to lose potency. The trick is finding an mRNA that still codes for the right protein but folds up into some stable three-dimensional structure that can’t undergo such contortions. In other words, an mRNA built to stay effective for a long time in a regular refrigerator.

This biochemical problem is currently being worked on by thousands of people around the world — by playing a game called Eterna. Solving puzzles requires folding an RNA molecule into a particular shape by bonding base pairs of nucleotides. (RNA is made of four kinds of nucleotides.) It’s a simple point-and-click interface backed by state-of-the-art folding simulations. In recent years, the citizen science of Eterna has uncovered RNA design rules that can be used in emerging methods of disease detection and gene therapy. Most relevant for stabilizing current vaccines, Eterna has revealed rules for designing RNA molecules into unusually stable structures.

And once an mRNA vaccine is approved by the FDA, the work that Eterna is doing would allow the vaccine to be quickly redesigned in this new, stable shape. For example, several candidate vaccines encode for the SARS-CoV-2 “spike” protein, so the stable mRNA shapes that Eterna is making should work for any of those. The clinical trials for such remodeled mRNA vaccines, because they’d build on previous trials, would be much faster, too.

It’s expected that after the current 2020 trials, we’ll know whether antibodies produced in response to the vaccine are a good predictor of whether a person is actually resistant to infection. If so, that means that in 2021, trials can close when it’s shown that the remodeled mRNA vaccine elicits those antibodies in people, rather than having to wait 3 to 6 more months to see if they get the disease or not from community exposure.

So why tackle this scientific inquiry with a game? It turns out that big groups of humans are better — significantly so — at coming up with brand-new RNA structures than even the latest kinds of artificial intelligence. (Read more about scientific discovery through games in the 2019 Annual Review of Biomedical Data Science.)

No one knows exactly why this is. It seems to be, in part, because AI has baseline parameters set by only a few humans, while the game leverages the knowledge of thousands — programmers and plumbers, architects and astrophysicists, gamers and grandparents.

These diverse individuals take on weekly Eterna challenges that are created in a collaboration between Stanford scientists and dozens of committed players. Given the vast structural possibilities, players routinely generate RNA molecules that look like flowers, beaded necklaces, antlers and other shapes never seen before by RNA researchers.

That’s why Eterna needs to recruit thousands more players. More players, more new designs. Also, more players equals greater collective wisdom on winnowing the options down to the most promising mRNA designs, which are then synthesized in a university lab and examined to check their longevity (and to be sure they still create the correct protein to spur an immune response). With guidance from the most dedicated, experienced players, scientists use these lab results to create the next set of hypotheses to be tested with Eterna puzzles.

In recent years, Eterna has found that roughly 1 in 1,000 players has an aptitude for RNA problems that is as good as or better than that of top scientists. But all players are critical to the function of citizen-science games. It’s often the new players who hit upon a revolutionary RNA structures — in part because they are unconstrained by the norms of biochemistry.

We need thousands more individuals to join in. After about eight hours of practice, you can try your hand at the advanced puzzles related to a stabilized mRNA Covid-19 vaccine. Surely, helping solve a scientific problem with ramifications for billions of humans is more satisfying than another round of Sudoku or Candy Crush.

Rhiju Das is a professor of biochemistry and physics at Stanford University and the principal investigator of Eterna.

Martin Skladany is a law professor at Pennsylvania State University and an advisor to Eterna. Eterna is a nonprofit project and its discoveries are made freely available to all.

7 ways to fix this pandemic — and stop the next one 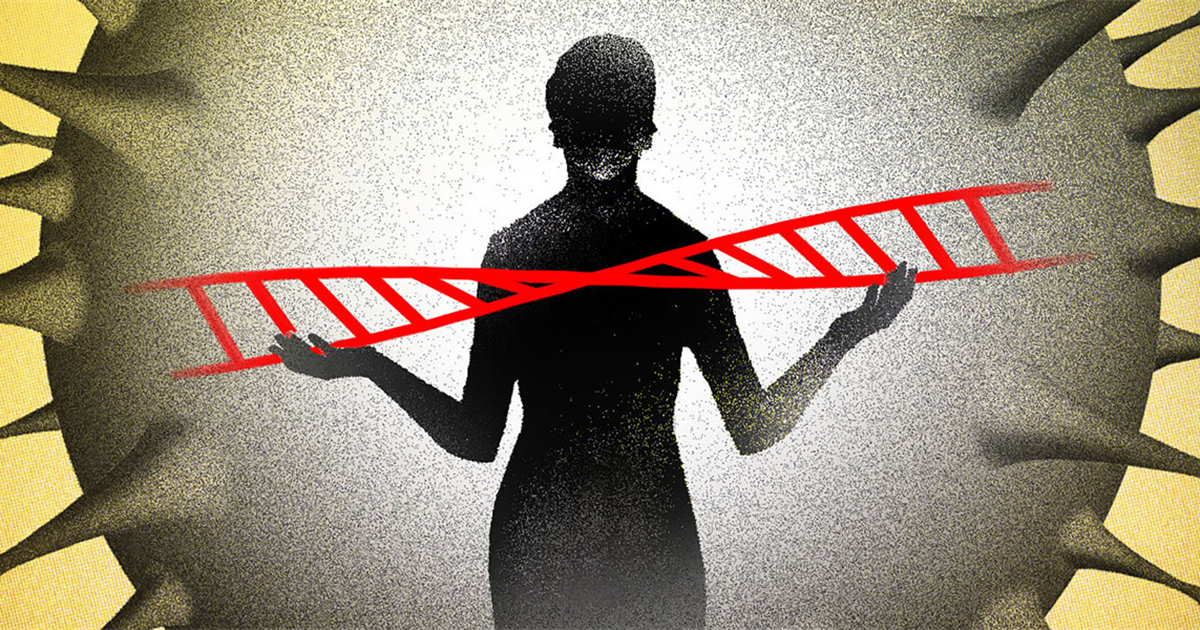 It’s not just the germs — it’s also the genes