The Asian giant hornets can wipe out a colony of honeybees in hours.

The first nest of Asian giant hornets found in the US has successfully been destroyed by scientists.

The nest, in the state of Washington, was found by putting tracker devices on the hornets and it was sucked out of a tree using a vacuum hose.

The invasive species insects, known as "murder hornets", have a powerful sting and can spit venom.

They target honeybees, which pollinate crops, and can destroy a colony in just a matter of hours.

The nest in Washington was found when entomologists, scientists that study insects, used dental floss to tie tracking devices to three hornets.

The nest of around 200 insects was then discovered in the city of Blaine close to the Canadian border.

On Saturday, a crew of scientists wearing protective suits vacuumed the insects from the tree, which will now be cut down to remove any further nests.

Asian giant hornets are the among the world's largest wasps - the queens can reach over 5cm (2in) long.

Their venomous sting can penetrate humans' protective clothing but the number of people they kill each year is low - about 40 annually in Asia, according to the Smithsonian museum in Washington D.C.

Normally their natural habitat is in areas of Asia from China to Japan, but in 2019 there were several sightings of single "murder hornets" in North America.

A nest was destroyed in Vancouver Island in Canada in December last year.

Globally, conservationists are deeply concerned about falling insect populations . But it can be permissible to kill some insects if they are an invasive species - one that is not native to an area and preys on other insects there.

Honeybees are under threat due to loss of food after habitat destruction, pesticides, and disease.

When an Asian giant hornet enters a honeybee colony, it begins a "slaughter phrase" in which it kills bee after bee and can destroy the colony in a few hours. 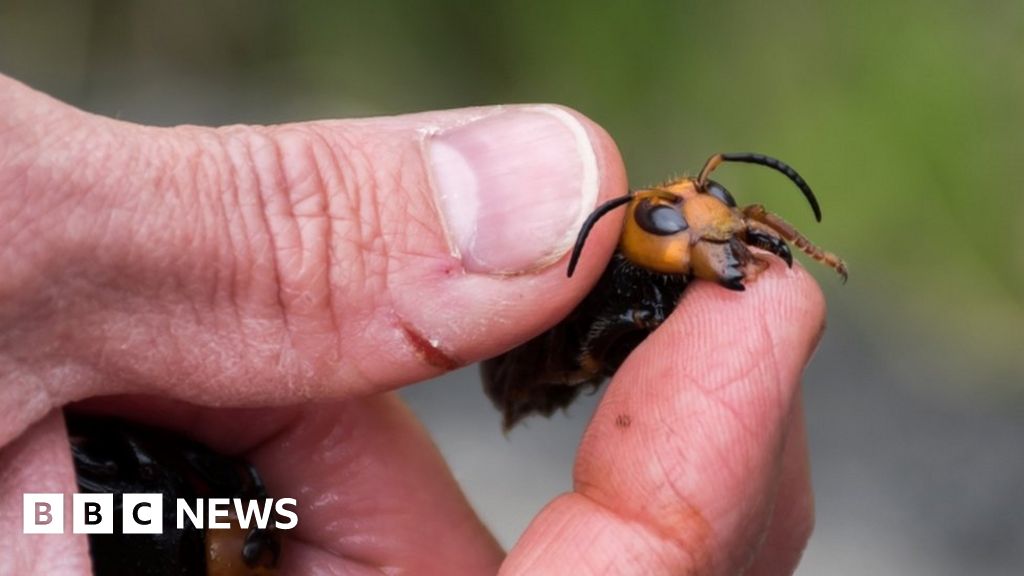 'Murder hornets' land in the US for the first time 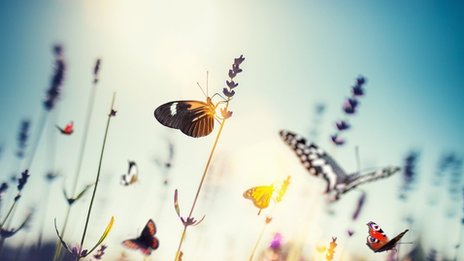