Michael Visocchi's work memorialises the many animals killed by the whale hunters of South Georgia.

Today it teems with wildlife, but South Georgia's human history is marked by decades of industrial-scale whaling.

That will now be commemorated by a series of sculptures set to become one of the most remote art installations on Earth.

Scottish artist Michael Visocchi , has been chosen to create a piece called Commensalis: The spirit tables of South Georgia.

It will be constructed at Grytviken, once the largest whaling station.

The South Georgia Heritage Trust and the government of South Georgia & the South Sandwich Islands say the design celebrates "the ecological recovery of an island that was once at the centre of the whaling industry".

Mr Visocchi described it as an opportunity to "engage with a particularly poignant story".

"Quite early on I made the connection between the rivets that hold the sites - and of course the whaling vessels - together, and how they resemble the barnacles [on whales' skin]," he explained during an online press conference.

"So I used the rivet as a unit to express the numbers of whales taken and the number that have recovered."

In entering the competition, he proposed placing a series of large, low, round tables - covered in these whale-accounting rivets - in a wide area that was formerly used to slice skin from the whales.

"I call these the spirit tables. Each table will represent a species of whale that was hunted and processed on South Georgia," said the artist.

As well as killing thousands of whales, the industry devastated the island's bird population, as the ships brought invasive rodents ashore.

After a vast extermination project, scientists declared the island rodent-free in 2018.

Alison Neil, chief executive of the South Georgia Heritage Trust, said the installation would "sit at the heart of the work we are embarking on as part of a cultural heritage programme to tell the world more about the human story on South Georgia".

The charity says the island is now a conservation "beacon" - an island ecosystem in recovery. Once caught and killed in their thousands, humpbacks and even rare blue whales are now returning to South Georgia's waters.

Delayed - like so many projects - by the pandemic, Mr Visocchi will visit the site to start planning the construction in autumn 2021. 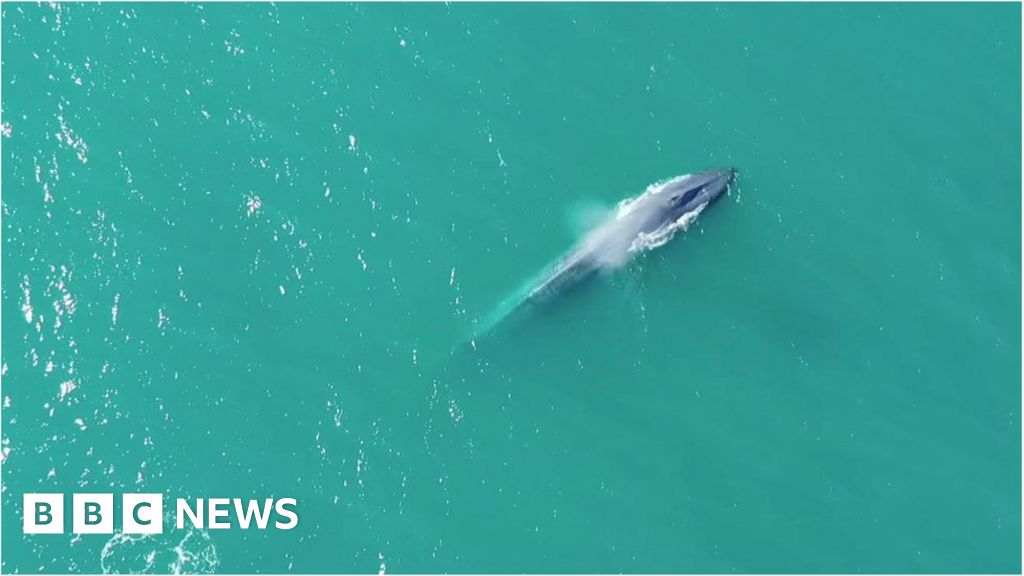