What does Boris Johnson's Green plan mean for Scotland?

The PM's plan will need to look heavily to Scotland for both the natural and the technical fixes.

Boris Johnson's plan for a "green industrial revolution" will need to look heavily across Hadrian's Wall for both the natural and the technical fixes to tackle climate change.

The most eye-catching announcement in the UK prime minister's 10-point plan is the earlier switch to electric vehicles but there is much more that will be harder to achieve without Scottish input.

The aim of decarbonisation could rely in part on capturing the emissions created by industrial processes and burying them underground.

For years now, Peterhead on the north east coast of Scotland has been in the vanguard of carbon capture, utilisation and storage (CCUS) with the Acorn project aiming to grab those greenhouse gas emissions and store them under the seabed .

Point eight in Mr Johnson's plan is to have the first CCUS facility ready by the middle of the decade.

Having already received funding from both the Scottish and UK governments, the Acorn project looks the most likely contender.

It could also help with point two, a massive boost to the production of hydrogen, which is seen as playing a key role in the transition to a sustainable energy future.

Hydrogen can be created from water by a process of electrolysis, using renewable energy, but this is currently expensive and there is little capacity.

Acorn has been exploring the creation of "blue hydrogen" using the North Sea gas which comes ashore at the St Fergus terminal, instead of renewable energy. The emissions from the process would be captured and sent back out to sea for storage.

Not everyone supports these types of fixes though. Friends of the Earth Scotland describes them as 'false solutions' which allow us to carry on burning fossil fuels.

They want us to reduce our emissions even further and plant more trees which soak up carbon dioxide and turn it into hydrogen.

The PM's commitment - point nine - is to plant 30,000 hectares of trees every year across the UK.

The Climate Change Committee - the government's independent advisors - identified that Scotland has the land to achieve that level of "aforestation" and its one of the reasons our 'net-zero' date is 2045 - five years ahead of the UK as a whole.

Plus, the Scottish Government is well on the way having planted almost 11,000 hectares last year compared with 2,300 in England.

But there are some sectors powered by fossil fuels which are proving tricky to change.

Shipping is one of them. Imagine your vessel's giant electric motor running out of charge in the middle of the Atlantic Ocean.

Orkney - home to the European Marine Energy Centre - will potentially be asked to develop clean, green maritime technology with £20m on offer.

The islands are well placed for this as they are already at the centre of a competition to fly the first electric powered flights.

In terms of jobs, there is much in the announcement which will not benefit Scotland.

The North East of England, the Midlands and Wales will be the focus plans to develop mass production of batteries for electric vehicles.

A half a billion pound pledge to develop new nuclear power stations on varying scales is also unlikely to come to Scotland given the SNP's opposition to it.

But our uncanny ability to quickly dry a line full of washing means a pledge to quadruple offshore wind capacity will have benefits.

Point one - right at the top - commits to 40 gigawatts of offshore wind energy by 2030, enough to power every home in the UK

A new round of seabed leasing, announced by Crown Estate Scotland in June, would contribute a quarter of that electricity which is a tenfold increase in production from Scotland's windy seas.

But the manufacturing of those turbines is not necessarily destined to come to Scotland.

The big factory for making blades is in Hull and Bifab workers in Fife know only too well that the jackets can be made more cheaply overseas.

A lot of this is headline-grabbing political intentions and the devil will be in the detail.

Plus, the cash needs to come with it and some are saying there isn't enough on offer for the scale of ambition.

The Scottish government will publish its own updated Climate Change plan by the end of the year which will set out a roadmap to achieving a 75% reduction in emissions by 2030.

That's almost a 30 percentage points increase in 10 years after it has taken 30 years to achieve 45%.

The new plan will probably see a date for ending new fossil fuel vehicles being brought forward since there's no point in being behind the UK from either a political or practical perspective.

But with that interim target being incredibly stretching it will be interesting to see the level of changes necessary and quickly to achieve that rapid level of decarbonisation. 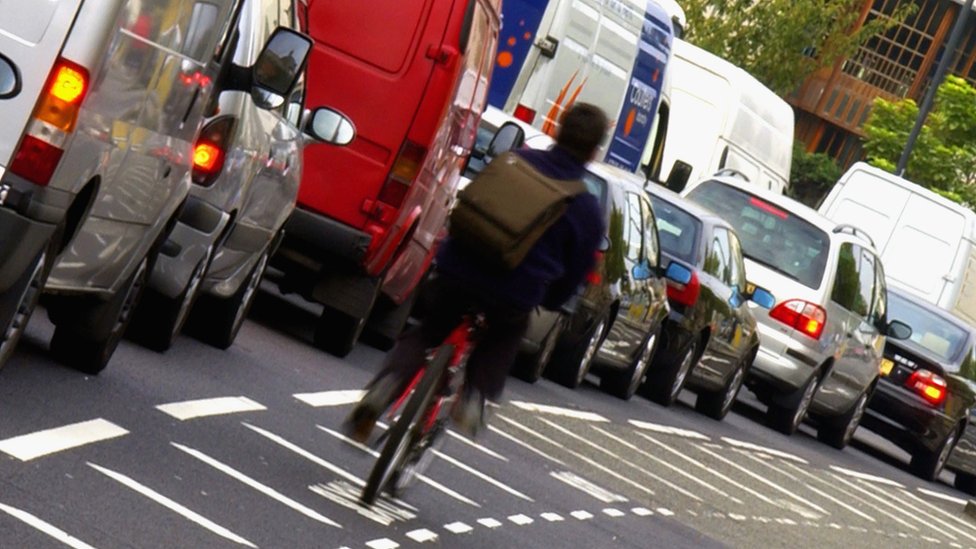