Massachusetts General Hospital researchers examined six patients using a specialized magnetic resonance technique and found that COVID-19 patients with neurological symptoms show some of the same metabolic disturbances in the brain as patients who have suffered oxygen deprivation from other causes.

While it is primarily a respiratory disease, COVID-19 infection affects other organs, including the brain.

One of the first spectroscopic imaging-based studies of neurological injury in COVID-19 patients has been reported by researchers at Harvard-affiliated Massachusetts General Hospital (MGH) in the American Journal of Neuroradiology . Looking at six patients using a specialized magnetic resonance (MR) technique, they found that COVID-19 patients with neurological symptoms show some of the same metabolic disturbances in the brain as patients who have suffered oxygen deprivation (hypoxia) from other causes, but there are also notable differences.

It is thought that the disease’s primary effect on the brain is through hypoxia, but few studies have documented the specific types of damage that distinguish COVID-19-related brain injury. Several thousand patients with COVID-19 have been seen at the MGH since the outbreak began early this year, and this study included findings from three of those patients.

The severity of neurological symptoms varies, ranging from one of the most well-known — a temporary loss of smell — to more severe symptoms such as dizziness, confusion, seizures, and stroke.

“We were interested in characterizing the biological underpinnings of some of these symptoms,” says Eva-Maria Ratai, an investigator in the Department of Radiology and senior author of the study. “Moving forward, we are also interested in understanding long-term lingering effects of COVID-19, including headaches, fatigue, and cognitive impairment. So-called ‘brain fog’ and other impairments that have been found to persist long after the acute phase,” adds Ratai, also an associate professor of radiology at Harvard Medical School.

The researchers used 3 Tesla Magnetic Resonance Spectroscopy (MRS), a specialized type of scanning that is sometimes called a virtual biopsy. MRS can identify neurochemical abnormalities even when structural imaging findings are normal. COVID-19 patients’ brains showed N-acetyl-aspartate (NAA) reduction, choline elevation, and myo-inositol elevation, similar to what is seen with these metabolites in other patients with white matter abnormalities (leukoencephalopathy) after hypoxia without COVID. One of the patients with COVID-19 who showed the most severe white matter damage (necrosis and cavitation) had particularly pronounced lactate elevation on MRS, which is another sign of brain damage from oxygen deprivation.

Two of the three COVID-19 patients were intubated in the intensive care unit at the time of imaging, which was conducted as part of their care. One had COVID-19-associated necrotizing leukoencephalopathy. Another had experienced a recent cardiac arrest and showed subtle white matter changes on structural MR. The third had no clear encephalopathy or recent cardiac arrest. The non-COVID control cases included one patient with white matter damage due to hypoxia from other causes (post-hypoxic leukoencephalopathy), one with sepsis-related white matter damage, and a normal, age-matched, healthy volunteer.

“A key question is whether it is just the decrease in oxygen to the brain that is causing these white matter changes or whether the virus is itself attacking the white matter,” says MGH neuroradiologist Otto Rapalino, who shares first authorship with Harvard-MGH postdoctoral research fellow Akila Weerasekera.

Compared to conventional structural MR imaging, “MRS can better characterize pathological processes, such as neuronal injury, inflammation, demyelination, and hypoxia,” adds Weerasekera. “Based on these findings, we believe it could be used as a disease and therapy monitoring tool.” 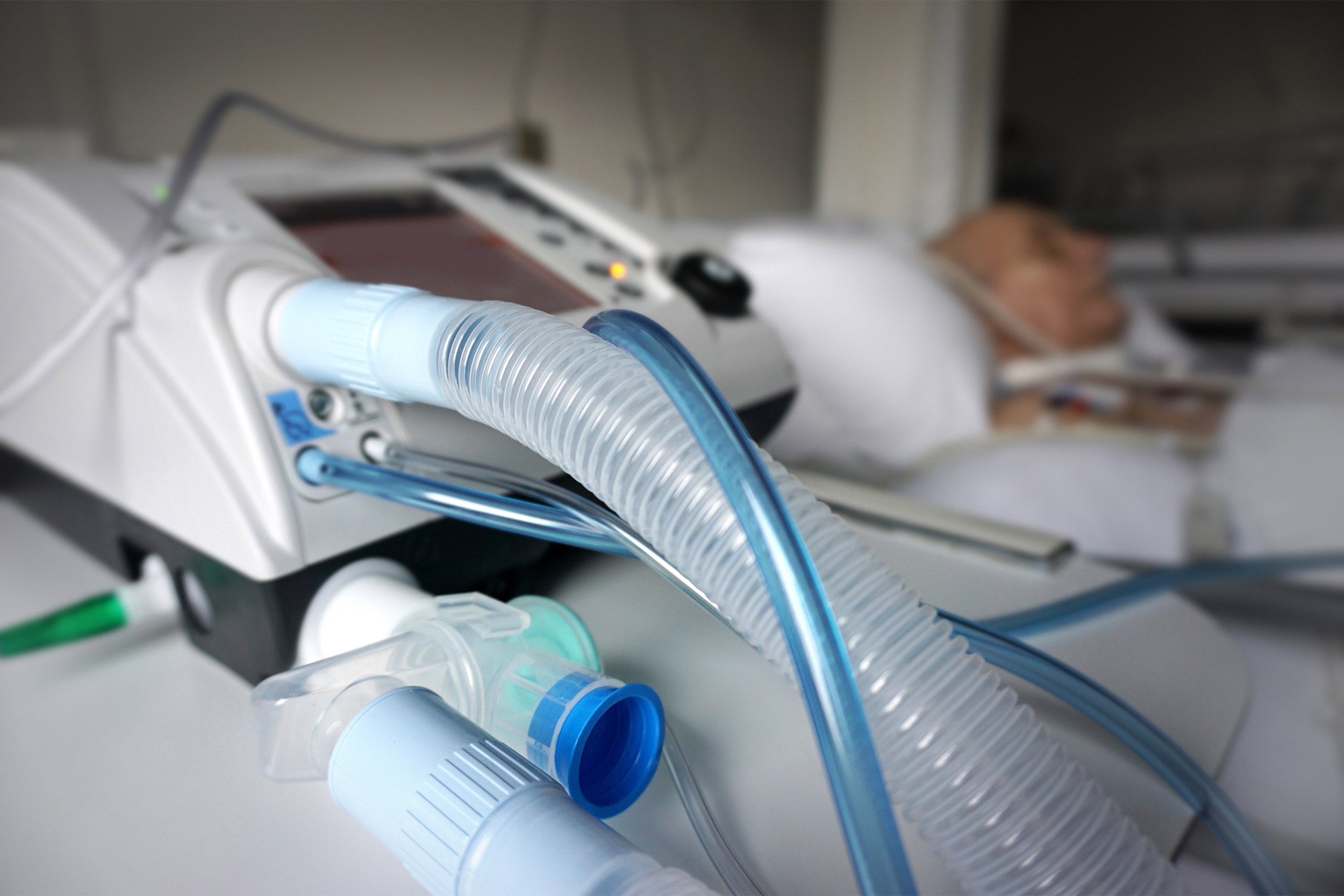 Online course to train medical pros on use of mechanical ventilators