If and Whether, Part 1

Have you ever been unsure about when to use “if” and when to use “whether”? If so, you are not alone. There is a reason these words can be tricky: They are sometimes interchangeable.

In some cases, either word can be used with no difference in meaning. For instance, you can say, “I don’t know whether she left yet” or “I don’t know if she left yet.”However, in other cases, “if” and “whether” have different meanings or uses. You have to choose one or the other.

Both “if” and “whether” are conjunctions – words that connect two or more sentences or clauses. And a lot is involved in their grammar, so I will cover this subject in two programs. Today’s program centers on when you must use “whether” and cannot use “if.”

The word “whether” signals that there are only two possibilities. Keep that in mind throughout today’s program.

Before infinitives, use only the word “whether,” not the word “if.”

An infinitive is the most basic form of a verb. In American English, the infinitive means to + verb. “To share” and “to get” are some examples.

Listen to a sentence that contains the word “whether” followed by an infinitive verb:

My son got his favorite candy on Halloween. He cannot decide whether to share some with his friends.

The infinitive verb after “whether” here is “to share.” Again, do not use “if” before infinitives. For example, do not say, “He cannot decide if to share some with his friends.”

Here is another example. Listen for the infinitive verb after “whether”:

I am wondering whether to get a book or magazine to read.

The infinitive following “whether” here is “to get.”

Next, let’s talk about prepositions.

After prepositions, use the word “whether.” Common prepositions before “whether” include “about” and “in.”

In this next example, pay attention for “whether” and the preposition that comes before it:

Can we talk about whether you are coming for the holiday?

Here, the preposition “about” comes before “whether.” Again, do not use “if” after a preposition. For instance, avoid saying, “Can we talk about if you are coming for the holiday?”

Here is another example. Listen for the preposition and the word “whether,” which follows it:

Teachers are very interested in whether schools will reopen soon.

Here, the preposition “in” comes before “whether.” Because of this, the word “if” cannot be used.

Next let’s move to the phrase “or not.”

Listen to an example to see what I mean. Take note that the word “whether” is immediately followed by “or not":

I called to find out whether or not you are ok.

Note that use of "or not" phrase is not required and does not affect meaning.

It is also possible to put those words at the end of the sentence. Here is an example:

I called to find out whether you are ok or not.

Just remember that the words “or not” are unneeded and do not change the meaning.

However, there is one exception to that.

In some situations, "whether or not" can mean “regardless of whether.” For this meaning, you must include the words “or not.”

Listen to an example of how it is used:

Cassy is my friend whether Sam likes it or not.

This means that the speaker is not considering Sam’s opinion on the friendship.

At start of subjects

And finally, we use only the word “whether” – not “if” – when it introduces a noun clause that is also the sentence subject. Here is an example:

Whether he wins is not my concern.

The noun clause in this sentence is “Whether he wins” and it is the subject of the sentence.

We would not say, “If he wins is not my concern.” The word “if” does not begin sentence subjects. When “if” begins a sentence, it introduces a conditional and is not part of the subject.

That’s our program for this week. Join us again soon for Part 2. We will talk about when “if” must be used and when “whether” and “if” are interchangeable.

I will also show you an easy way to remember which one to choose!

Alice Bryant wrote this story for Learning English. Caty Weaver was the editor.

interchangeable – adj. capable of being used in place of each other

clause – n. a part of a sentence that has its own subject and verb

candy – n. a sweet snack made with sugar or chocolate

phrase – n. a group of two or more words that usually forms a complete sentence

regardless (of) – adv. without being stopped or affected by something

introduce – v. to bring something into use or operation for the first time If and Whether, Part 2 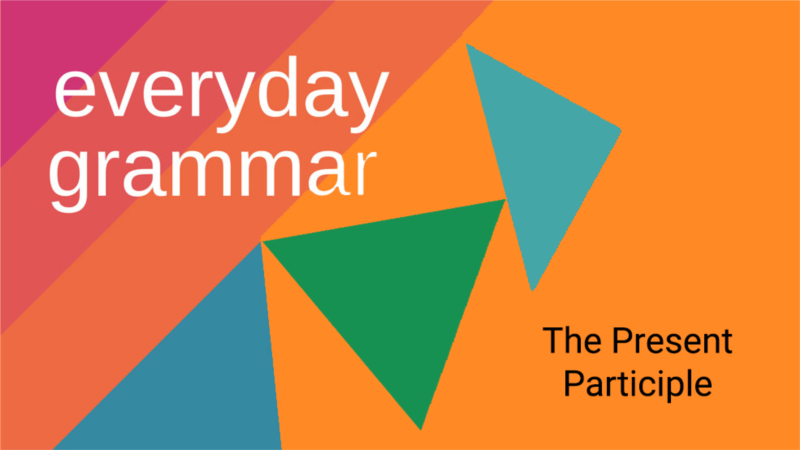