Pfizer and Moderna announced they have developed effective coronavirus vaccines, but how will they work? Two experts weigh in.

With two potential COVID-19 vaccines on the way, experts say we’re “in new territory” in the pandemic, but it will take time to reach widespread vaccination.

Anthony Fauci, director of the National Institute of Allergy and Infectious Diseases, called Moderna’s early results “stunningly impressive,” and the stock market rallied as investors took it as a sign that there may soon be powerful new public health tools to control the sprawling pandemic.

Researchers at Pfizer and Moderna both developed their vaccine using mRNA, which stands for messenger RNA. Biological machinery inside cells “read” this single strand of genetic information, which acts like an instruction manual that directs the cell to build proteins of certain specifications.

The coronavirus, once it has infected a cell, uses mRNA to trick the cell into manufacturing more copies of the virus. But Pfizer and Moderna use mRNA to tell the cell how to build proteins that resemble the SARS-CoV-2 virus that causes COVID-19 infections, similar enough to impart immunity on a vaccinated person, but not cause an infection.

With the two vaccines now racing toward US Food and Drug Administration approval, Ronald Corley , professor of medicine at Boston University and director of the National Emerging Infectious Diseases Laboratories, and Florian Douam , a MED assistant professor and NEIDL virologist and vaccine expert, offer their takes on how the Pfizer and Moderna vaccines could change the course of the pandemic:

The Pfizer and Moderna vaccines sound like very similar formulations. How do these mRNA vaccines work compared to other popular vaccines (flu, measles/mumps/rubella, etc.)?

Corley: mRNA vaccines are designed to deliver mRNA, encoding a particular component of the virus into the host’s cells, which then make the protein encoded by the mRNA.

Why is the mRNA approach well-suited to prevent coronavirus?

Corley: There are a number of potential advantages to mRNA vaccines: they can be more readily optimized, they can be administered repeatedly, and they might be more scalable over time. Yet, we are in new territory until we know more. It is unclear whether the mRNA vaccines will be better than other conventional vaccines at this time.

There remain many unknowns: are the vaccines similarly effective across demographic lines (age, sex, ethnicity , etc.), do they prevent disease (in both trial groups, vaccinated persons did get infected, but many fewer than in the placebo groups), and how long does immunity last?

Douam: I would not say that mRNA vaccines are particularly well-suited for coronavirus, specifically. They can be suited to prevent any infection. The advantage of mRNA vaccines over other types is 1) they are easy to make and can be made faster than a lot of other vaccines and 2) their safety.

That being said, mRNA vaccines are likely to [induce less of an immune response] than other types of vaccines, like live-attenuated vaccines or viral vector-based vaccines (like the Johnson & Johnson adenovirus-based COVID-19 vaccine), but because we can produce a lot [of mRNA COVID-19 vaccines] faster than these other types of vaccines, this is why the mRNA vaccines are leading the race right now.

Long-term, however, it is unclear whether they will remain as the major SARS-CoV-2 vaccines. More [effective immune-stimulating] vaccines will likely emerge over the next months and years that will not require booster doses like mRNA vaccines.

I see these different types of vaccines as highly complementary: the mRNA vaccines are used to set up an initial but imperfect protective barrier against SARS-CoV-2 within our populations, prior to the arrival of more [powerful and long-lasting] vaccines that require more time to be tested and produced in large amounts. It’s like sending a small garrison of troops to start weakening your enemies prior to sending the bulk of the troops.

So far, the Moderna vaccine appears to be even more effective than the Pfizer vaccine, achieving more than 94% efficacy in early trials. What is your reaction to this news? With two seemingly effective vaccines barreling down the pipeline, do you think broad vaccination will begin to turn the tide of COVID-19?

Corley: It is not clear to me that there is a difference between 90% and 94% at this time. More data will be required. That said, the preliminary news from both companies is really encouraging.

The conventional wisdom is that these vaccines could receive emergency use authorization by the end of the year, if not sooner. Millions of doses will be ready by the end of the year, but it will take many, many months to generate the doses required to vaccinate the hundreds of millions of Americans—assuming that most Americans will allow themselves to be vaccinated . Further, we must take a global approach; we won’t be able to contain this pandemic until and unless effective vaccines are distributed to countries on all continents.

Douam: It is premature, I believe, to say that one vaccine is more effective than the other, as we only have preliminary data from Phase 3 trials. Moderna got its 94% effectiveness estimate based on [the first] 95 people [to get symptoms] out of 30,000 trial volunteers. This is promising, but we need to wait for a bit longer to be sure that these numbers are representative of the level of protection mRNA vaccines will confer.

How much of an advantage will the Moderna vaccine have if it can last in refrigeration and at room temperature longer than the Pfizer vaccine?

Corley: The current need to keep the Pfizer vaccine at -70 degrees Celsius [-94 degrees Fahrenheit] or colder is a potential big hurdle for distribution, but Pfizer has apparently planned for this. That said, being able to store a vaccine in a simple freezer (or even refrigerator) will be important in permitting wider distribution into areas where ultra-low freezers do not exist, likely including rural America.

Douam: I think it is a big advantage, as the disadvantage of conventional mRNA vaccines is their instability over time. The fact that the Moderna vaccine can be kept at -20 degrees Celsius [-4 degrees Fahrenheit] for up to six months is really great. That shows that the [fatty nanoparticle capsule] formulation, used to package up and deliver these mRNA into the body, is as important as the mRNA itself. The Moderna [capsule] formulation, more than their mRNA, might be then the key that would put their vaccine ahead of Pfizer in the vaccine race.

With more than one vaccine emerging, will every type of vaccine have a role or will one superior vaccine become the gold standard?

Corley: We cannot predict at this time the role that different vaccines will play, until we know more about their effectiveness and durability. The manufacturers will be getting data on this in real time once their vaccines are authorized for use.

Douam: As I said earlier, I believe mRNA vaccines will be critical to quickly establish preliminary vaccination coverage as a first barrier against SARS-CoV-2 spread—but we will need improved versions of these vaccines to reinforce and extend such coverage. I am hopeful that widespread vaccination with the mRNA vaccines should start as early as next spring, and other more [powerful and long-lasting ] vaccines might start to be distributed by summer or fall 2021.

Despite the announcements about efficacy, scientific data have not yet been released for Pfizer or Moderna vaccines. How optimistic should the public be that these vaccines represent a light at the end of the tunnel? Could we be a few months away from widespread vaccination?

Corley: Caution is essential until more data is released, and even once the vaccines are rolled out we will be learning more about their general effectiveness and durability. Right now, we still know very, very little. But, I am cautiously optimistic.

Douam: The data are highly encouraging. I am more optimistic than last week, because unlike Pfizer, Moderna has given us clear numbers: out of their 95 volunteers who got sick, 90 of them had received the placebo, and only 5 had received the vaccine. Those who developed severe illness were only part of the placebo group. So overall, I feel we should all be optimistic, but still with a dose of caution as we are still waiting for the final data of these Phase 3 trials.

Nevertheless, it is likely that both Pfizer and Moderna will be granted with emergency use application of their vaccines within the next two months, and that widespread vaccination using these vaccines will start early next year. I personally believe that this is a good thing, as I am confident that these vaccines will meet our expectations. 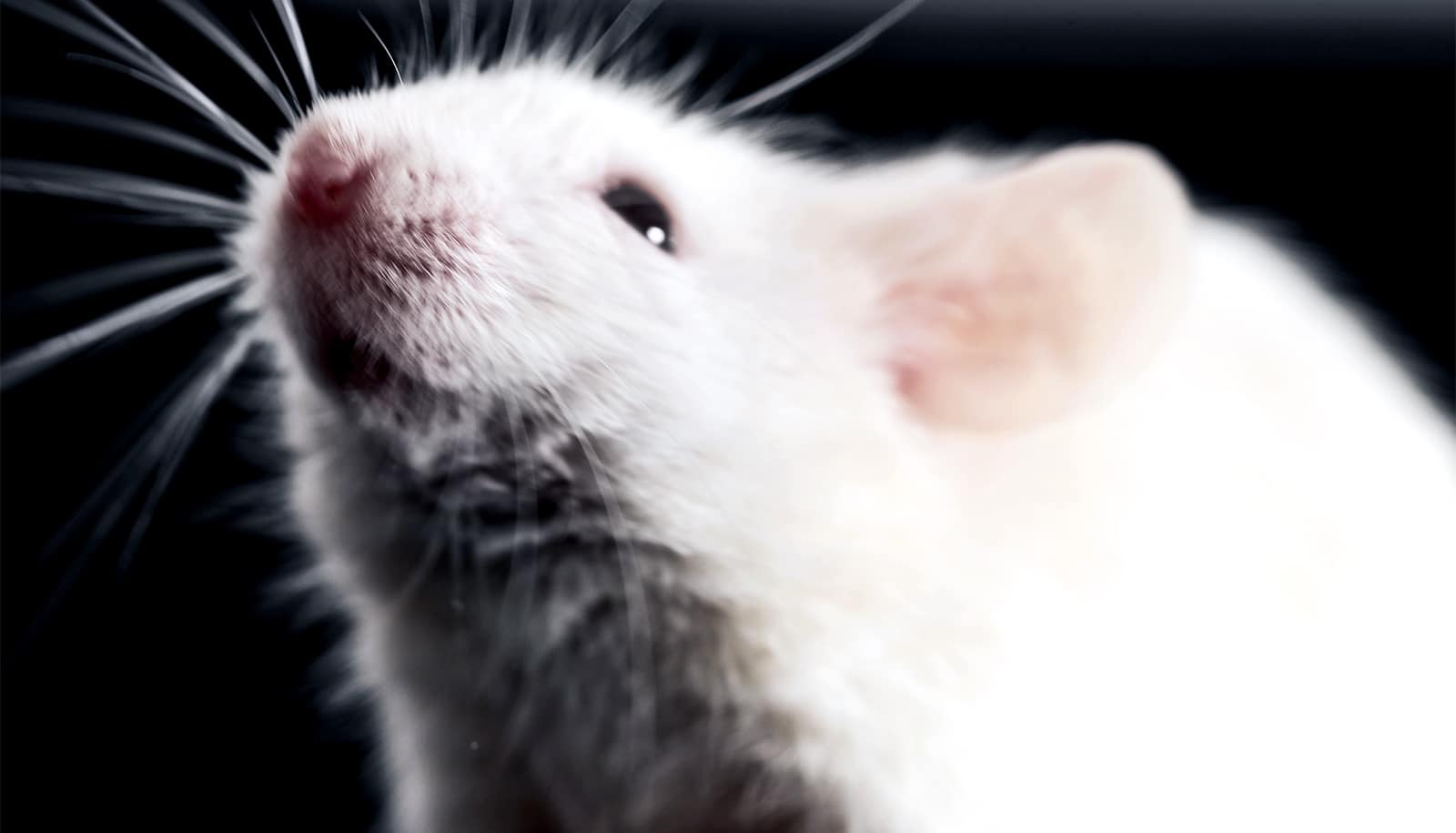