Blame travel, not weather, for worsening spikes of COVID-19 infections, according to a conceptual model showing the "inflationary effect."

Uncoordinated efforts to control public health and domestic travel—not cool weather—may be to blame for increasing spikes of COVID-19 infections in the United States, say researchers.

Biologists and ecologists built a conceptual model that shows how an uncoordinated response to the COVID-19 pandemic worsens outbreak cycles over time and across geographic areas, even when there are strong public health controls in place locally. Their work appears in the Proceedings of the National Academy of Sciences .

The model describes two populations, which you can think of as two cities, two states , or even two regions. Some level of travel shuffles people between the populations, and these travelers represent a fraction of the overall population which mostly stays within its own area.

Medical geographer Gregory Glass of the University of Florida contributed to the paper and compares what’s happening with COVID-19 cases in the US today to a wildfire. The first few waves of outbreaks spared many people who were susceptible to the disease, but enough susceptible individuals remained to fuel subsequent outbreaks.

“Everyone who fights wildfires knows that you can’t just walk away once the fire seems to be out,” says Glass, a professor in the geography department and in the Emerging Pathogens Institute. “You have to come back and put out the hot spots. Otherwise, it flares back up.”

Now imagine the hot spots are smoldering disease outbreaks where many people are susceptible to COVID-19, and people are traveling to and from areas that are not free of the disease.

“The more people move between populations, and the more uncoordinated these populations’ responses are—no matter how good control is locally—the worse the disease gets,” Glass says.

Lack of coordination between populations in the model drives what the paper’s corresponding author, University of Florida biology professor Robert Holt, calls the inflationary effect. This term describes the effects of transmission dynamics interacting synergistically over time and space and building into a force more powerful than either one would wield alone.

“If we can show this inflationary effect with just two linked populations, imagine what happens when it gets really complicated with greater numbers of interacting populations.”

Regional cultural and environmental differences in the US can lead to differences in disease dynamics, add coauthors Nicholas Kortessis and Margaret Simon, both postdoctoral biology researchers in the Arthur R. Marshall, Jr., Laboratory of Ecological Sciences that Holt directs.

“Knowing who to coordinate with is the first step, it’s not always the state next door,” Kortessis says. “People move a lot between Florida, Texas, and New York, for example.”

Even within states, coordination must take place to extinguish local flare-ups. Kortessis points to how multiple boroughs in New York worked together to drive a large spring outbreak down to low levels.

But scale matters, and local successes may be more easily secured than national ones.

“Our model hints at the possibility that larger countries will have a harder time controlling the pandemic,” Simon says. “And the US in particular is struggling with that.”

The model also highlights why certain precautionary measures are vital to control the virus, despite the status of cases locally.

“I think people have a hard time being told what to do without being told why, myself included,” Simon says. “It may be intuitive to some to refrain from holiday travel, while it may be a harder pill to swallow to be asked to wear a mask, and practice social distancing when the disease is not as prevalent in your area. But our model tells people a bit of the why—it’s necessary to coordinate these measures to reduce the inflationary effect.”

The team’s work shows that the rate of spread accelerates when there is ineffective, uncoordinated control.

“What’s really striking about this is that we showed how this effect works without changing anything about the intensity of the control measures,” Kortessis says. “The only thing we changed is when we asked them to do it.”

In other words, coordination.

Holt and Glass say that most epidemiologists and disease modelers under-appreciate the synergistic effects of space and time in infectious disease transmission dynamics. They previously investigated these effects in studies of viruses carried by rats in Baltimore, where each city block effectively contained its own murine population. But some rats wandered from one block to another, and their travels linked the city-block populations into a meta-population, or one giant population composed of smaller but connected subpopulations.

Using ideas honed from this previous work, they applied their theoretical mathematical modeling skills to the pandemic. Their new model is not based on epidemiological data, they note, it is meant to illustrate a concept.

“In this new work, the local sources and sinks are the states where different things are happening in different places and in different ways,” Holt says. “We highlight that population heterogeneity coupled with movement between populations leads to surprises. This shows that we need coordination between locations, lockdowns at the same time, and to focus on testing people who are traveling.”

“If we can show this inflationary effect with just two linked populations, imagine what happens when it gets really complicated with greater numbers of interacting populations,” Glass says. “Bottom line, the surges we’re seeing now may not be due to a change in seasons. There’s no reason to invoke seasonality alone to explain waves in epidemics, it can also arise from the inflationary effect.” 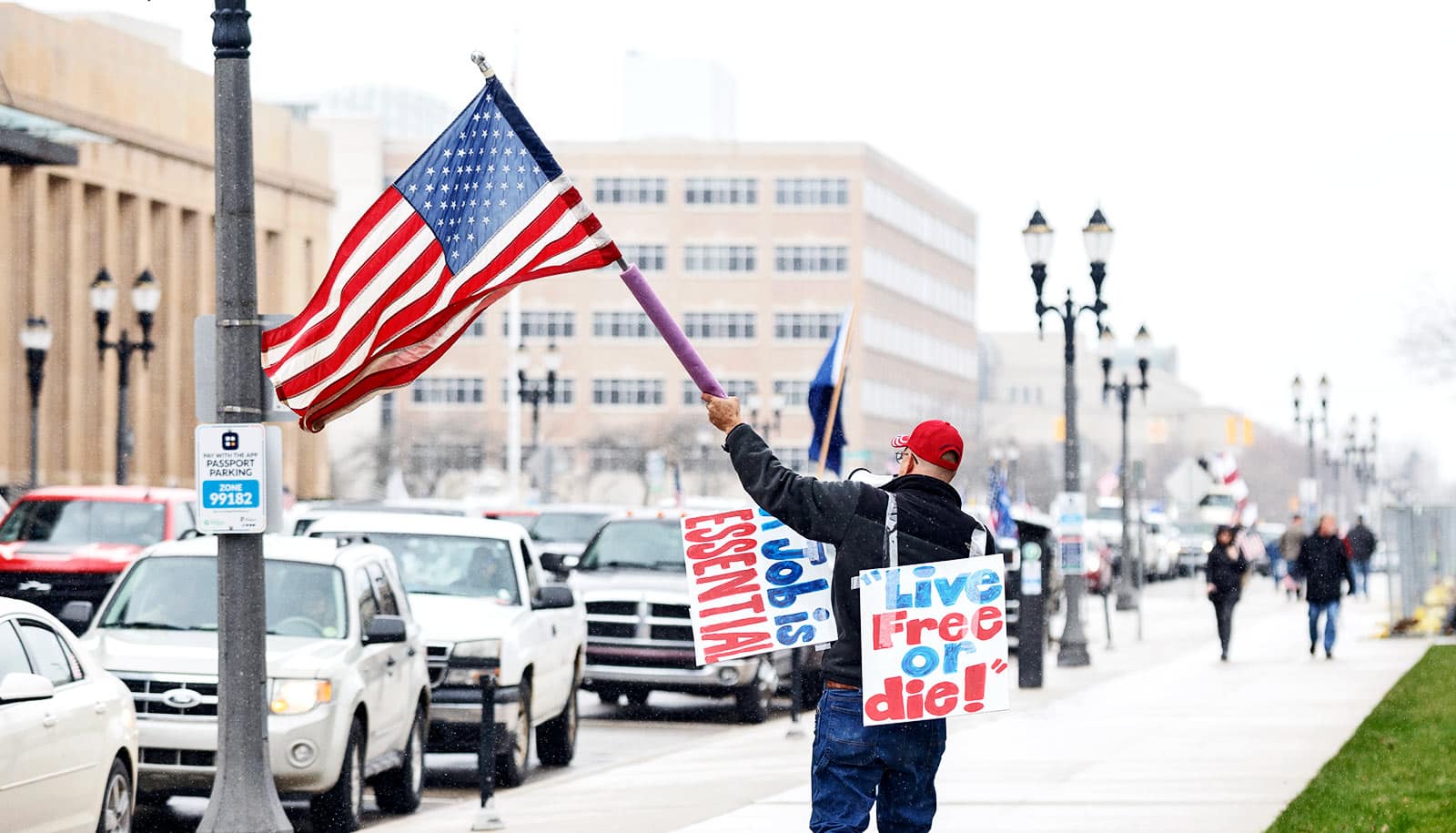 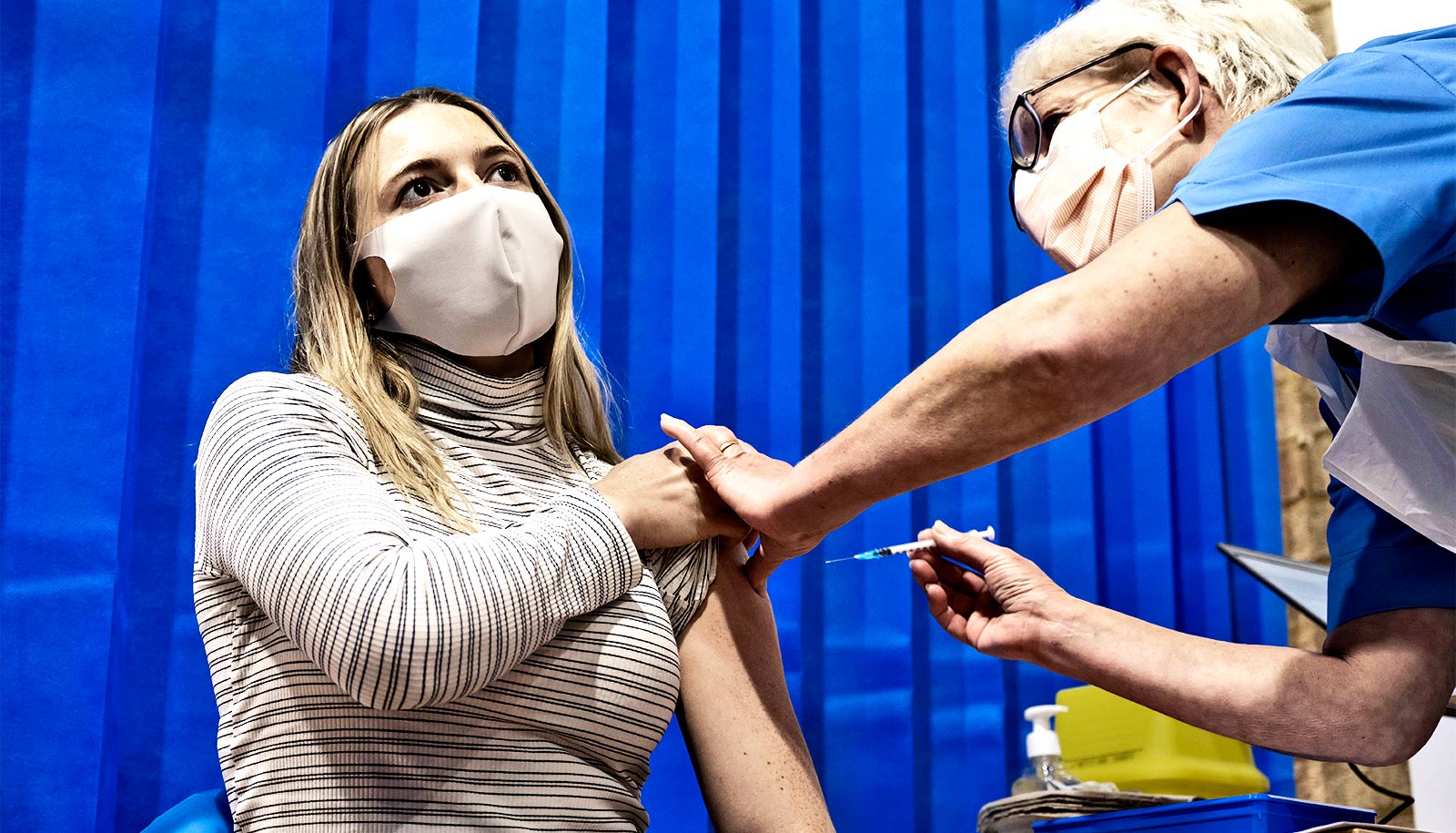