5 things worth knowing about empathy

Empathy is a skill that can be learned and enhanced. But it has its limits, and can even promote conflict. Here’s what some experts say about how it works.

5 things worth knowing about empathy

Empathy is a skill that can be learned and enhanced. But it has its limits, and can even promote conflict. Here’s what some experts say about how it works.

A tortoise lies on its back, legs waving in distress, until a second tortoise crawls up to turn it over. Millions have watched this scene on YouTube, with many leaving heartfelt comments. “Great sense of solidarity,” says one. “There is hope,” says another.

The viewers are responding to what many interpret as empathy — a sign that even in the animal world, life isn’t just dog-eat-dog. Alas, they’re probably wrong. As one reptile expert observed, the second tortoise’s motives were likelier more sexual than sympathetic.

Consider it a cautionary tale for our times, in which politicians urge us to cultivate more empathy, and scientists churn out volumes of work on the subject, with more than 2,000 published papers in 2019 alone. For all its popularity, empathy isn’t nearly as simple as so many blogs and books make it seem. Researchers can’t even agree on what empathy means: one paper noted 43 different definitions, ranging from basic shared emotions to more lofty mixtures of concern and kindness.

Whatever definition we choose, do we really need more empathy? Knowable Magazine checked in with several experts to help elucidate this surprisingly elusive concept. Here are the top take-aways:

Evidence of the most basic sort of empathy — “emotional contagion,” or the sharing of another being’s emotions — has been found in many species, suggesting it’s innate in humans.

“We are biologically programmed to have empathy. It’s something we can’t suppress,” says Frans de Waal, a primatologist at Emory University in Atlanta.

Clues about empathy’s mechanisms emerged in the early 1990s, when Italian neuroscientists studying the brains of macaque monkeys discovered a class of brain cells that fired both when the monkeys moved and when they observed another monkey in motion. De Waal and other experts propose that these monkey-see, monkey-do “mirror neurons” may be part of the cellular basis of shared feelings. Some researchers have gone on to study whether mirror neuron dysfunction helps explain the social challenges of people with autistic spectrum disorders.

Abundant evidence exists for “emotional contagion” in animals. Rats that watch other rats suffer electric shocks show their shared fear by freezing in place. Rats will even avoid pressing a lever dispensing a sugar pellet if it means another rat won’t get shocked, in what scientists suggest is an effort to avoid that shared fear and pain. That vicarious sense of pain is evident in humans as well: Even newborn infants will cry reflexively on hearing another infant cry.

Empathy evolved because of all the ways it served our ancestors, de Waal argued in an article on the evolution of empathy in the 2008 Annual Review of Psychology. The ability to feel others’ feelings helps parents be more sensitive to the needs of their children, increasing the chance that their genes will endure. This basic sort of empathy also inspires us to take care of friends and relatives, encouraging cooperation that helps our tribe survive.

Despite its deep and ancient roots, the quality of human empathy can vary, depending on the context.

Some studies have suggested that we get less skillful at empathy as adulthood progresses, note the German psychologists Michaela Riediger and Elisabeth Blanke, who explore this question in the 2020 Annual Review of Developmental Psychology. That may be because empathy demands cognitive skills such as paying attention, processing information and holding that information in memory, all resources that usually become scarcer with age. Older adults can perform equally well in those skills, however, when a topic of conversation is more relevant or pleasant for them — in other words, when they care more, which presumably increases their willingness to invest those resources.

In a 2013 study, researchers in Hong Kong tested 49 younger people (aged 15 to 28) and 49 older people (aged 60 to 83) on their ability to read several different expressions of emotions on other people’s faces. The younger participants, as expected, were more skillful overall, but the older ones caught up if they were told in advance that the people they were observing “share a lot of common interests with you.” In other words, when sufficiently motivated, older adults can do just as well as younger people.

The nature of empathy also appears to have changed throughout human history. Harvard psychologist Steven Pinker argues that our ability to empathize with others has expanded over the past several centuries, due to trends such as increasing literacy and global commerce that make people more interdependent.

But other scientists contend that empathy has been waning among young people in recent years. In a much-publicized study first published in 2010, Sara Konrath, then a researcher at the University of Michigan, compared students’ responses spanning three decades to statements expressing empathy, such as “I often have tender, concerned feelings for people less fortunate than me,” and “I sometimes try to understand my friends better by imagining how things look from their perspective.” Students’ scores on a measure of empathy called Empathic Concern declined between 1979 and 2009, with the steepest drop after the year 2000, she found. Other researchers reported a similar trend in 2012.

Even today, Konrath says she knows of no research that has pinned down the reasons for this apparent shift. She suspects, however, that one reason might be simple “burnout” due to a variety of new pressures on young people, such as increasing income inequality, greater economic competition and sharply increasing college tuition rates, which she says may also be tied to a rise in mental illness over the same period. “When I’ve talked to college students about this, they tell me I’ve got it right,” she says. “These pressures are crowding out their focus on their ability to care for others, because they’re just too focused on trying to make it.”

Declining modern rates of empathy are often cited by those complaining about the alleged selfishness of millennials, whom one writer dubbed the “Me Me Me generation.” Yet empathy itself tends to be selfish, in that it’s usually directed toward those we care about the most — reflecting those evolutionary drives to care for children, relatives and others similar to ourselves. Researchers have illustrated this point by studying such simple measures of empathy as contagious yawning in humans, which occurs at a much higher rate in response to kin than to strangers. (Another blow to tortoises: They don’t catch yawns at all.)

De Waal points to a similar sort of preference in other primates, which often lick and clean each other’s wounds, which helps them heal. In one study, scientists described how a macaque that was injured while trying to enter a new group retreated to its former group, where it was cared for.

In our polarized times, the innate drive to empathize more with one’s in-group may worsen political divisions. In a study first published in 2019, a team of US researchers randomly assigned 1,232 people to read one of two versions of an article describing a college campus protest against an inflammatory political speech. In both versions the protest turns violent and police are called, but in one version the speaker is criticizing Democrats while in the other the target is Republicans. The subjects were more likely to want to stop the speech when the speaker was attacking their own party — but only if the subjects scored high on a measure of empathy.

In addition to empathy’s bias toward those nearest, dearest and most familiar is its preference for individuals over groups. Donations from all over the world flooded to refugee aid organizations after the publication of a photo of a drowned Syrian toddler on a Turkish beach. Yet they leveled off after six weeks, even as the media continued to report on the deaths of many other would-be migrants.

4) Empathy can be learned

Despite the controversies over empathy, most people say they want to be more empathetic, says Jamil Zaki, a psychologist at Stanford University. The good news is that they can be. The first step is believing that empathy is a skill that can be improved, he says. People who believe they can “grow” their empathy, Zaki has found, will spend more time and effort expending empathy in challenging situations, such as trying to understand someone from a different political party.

Other researchers have found that a meditation practice can also help enhance empathy, or at least improve people’s accuracy at reading emotions from facial expressions.

Through the years, studies have found that readers of fiction tend to be more skilled in empathy. In a 2009 study, researchers showed that people exposed to fiction performed better on an empathy test. The idea is that reading about other people helps us extend empathy to a wider circle.

There’s even an app for that. Konrath helped design a free one called Random App of Kindness (RAKi) to help teach empathy. It offers a series of games in which players help characters through an interconnected journey, with each game providing a way to practice basic forms of empathy, such as identifying emotions on other peoples’ faces and reading the signals of crying babies. Konrath’s preliminary research suggests that after young people had been randomly assigned to play the game for two months, they had more empathetic emotional responses to someone in distress compared to those who had played a more emotionally neutral game.

5)  Empathy only goes so far

In its simplest form, as emotional contagion, empathy may fail to lead to altruistic action, because altruism often demands some sort of sacrifice, argues Jesse Prinz, a philosopher at the Graduate Center of the City University of New York. “When I ask my students, how many of you have given money to a homeless person, every hand goes up,” he says. “But when I ask, how many of you have crossed the street to do so, or if you see someone who isn’t squarely in your path? There will often be no hands at all.”

Instead of more research on empathy, Prinz wants to see more work on understanding what he says are more powerful moral drivers, such as anger, disgust, contempt, guilt, the joy many people feel in helping others, and solidarity, the sense of agreement among people with a common interest. Amid today’s renewed concern about racial justice, it’s less helpful for a white person to tell a Black person: “I feel your pain,” than to say something like: “I can’t imagine what it’s like to be you. I see what’s happening and will not stand for it,” Prinz says.

“Empathy just doesn’t get people out in the streets,” he says. “I’m in favor of the full emotional arsenal.”

Katherine Ellison is a journalist and author whose most recent book is Mothers & Murderers: A True Story of Love, Lies, Obsession … and Second Chances.

How we make decisions during a pandemic 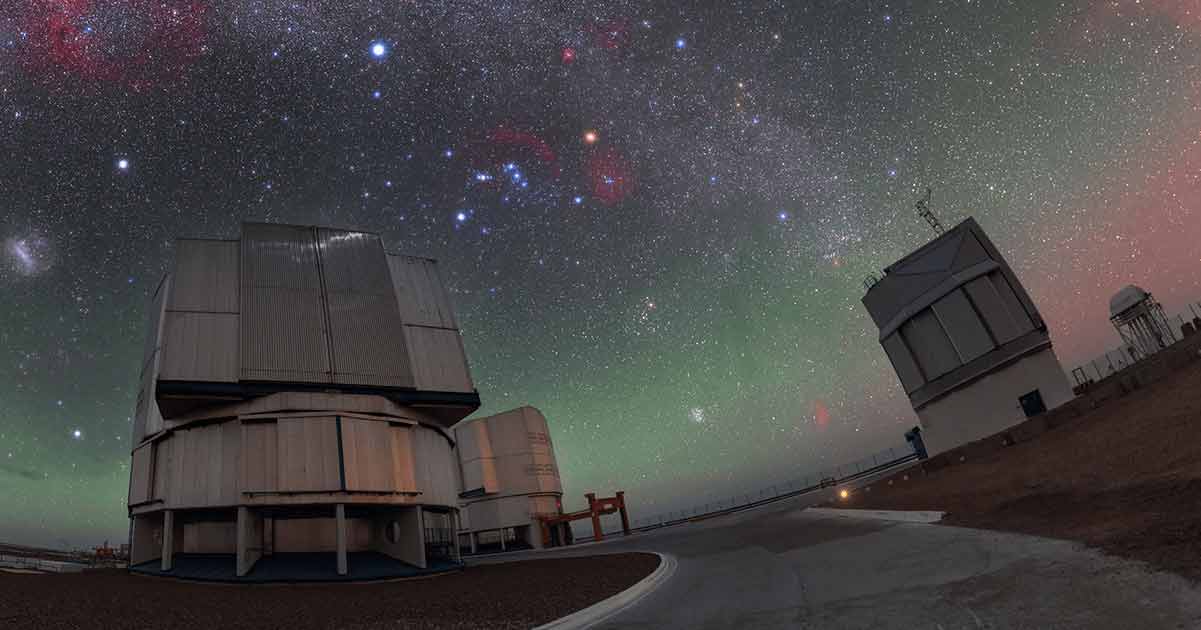 How researchers are making do in the time of Covid