US start-up Capella is in the vanguard of companies changing the way satellites see the Earth.

There is only one way to get persistent vision of the Earth's surface, and that is with satellite radar.

Take a look at these images - they're the latest product from the San Francisco start-up Capella Space.

The "spot" pictures have a resolution on the ground of 50cm by 50cm. This is a first for the commercial marketplace.

Capella has a product that's even sharper but it's currently only allowed to sell this to US government customers.

Capella is in the vanguard of companies that is going to open up a new domain in Earth observation.

The Helsinki-based Iceye firm has led the way in Europe. And in Asia, the Japanese start-up Synspective launched its first demonstration satellite on Tuesday.

All plan to establish constellations of radar imagers in the sky.

Spacecraft that use standard optical cameras are frequently stymied by the presence of cloud over the target scene, and of course they can't see anything at night.

But the microwave pulses used in Synthetic Aperture Radar (SAR) have no problem piercing the weather, and don't care if the Sun is up or not.

What this means is that it will be hard soon for any changes on the planet's surface to go unnoticed.

Radar pictures by their nature aren't always easy to interpret but at the resolution Capella can now capture features on the ground, the task is sure to get easier.

"You don't have to be a SAR expert to look at this imagery and not only appreciate it but also extract really useful information from it, which is what we were going for from the beginning," CEO and founder Payam Banazadeh told BBC News.

The pictures on this page come from Capella's Sequoia satellite, which was launched in August. It's the pathfinder for the company's constellation.

The high resolution is achieved by getting Sequoia to stare at a spot on the ground for a prolonged period.

"As we're going over an area, we can continue essentially keeping the focus of the satellite in the same location for up to 60 seconds," Mr Banazadeh explained.

"With that very, very long dwell time, what ends up happening is you get pixel sizes that are in this case much less than 50cm - you end up getting pixels that are in the 5-10cm range. And then when you average all of that, you get a 50cm image, but with very little noise."

All are sub-100kg in size. This is the big breakthrough that the new SAR companies share: they're using the latest electronics to shrink the size and cost of their platforms.

This allows them to operate in a field that was once the preserve of Big Government, intelligence agencies and the military.

Naturally, it's this grouping that still dominates the market for commercial SAR imagery, but the hope and expectation is that a much broader customer base will eventually open out when people realise what radar can do.

"The biggest markets are the government markets," the CEO said.

"What they really want to do is zoom into a location. They want to count features and figure out what they are. And so all that matters is can you zoom in enough? That's just purely a resolution-quality game."

A different type of sector that's getting into SAR in a big way is financial intelligence. Analysts will, for example, watch factories to count trucks to see when new products are being shipped.

Capella is also now bouncing Sequoia's data off satellites much higher in the sky that belong to the London-based telecommunications firm Inmarsat.

By doing this up-and-down relay, the American start-up doesn't have to wait for Sequoia to pass over a specific ground station to dump its imagery. It can come down in almost real-time instead. 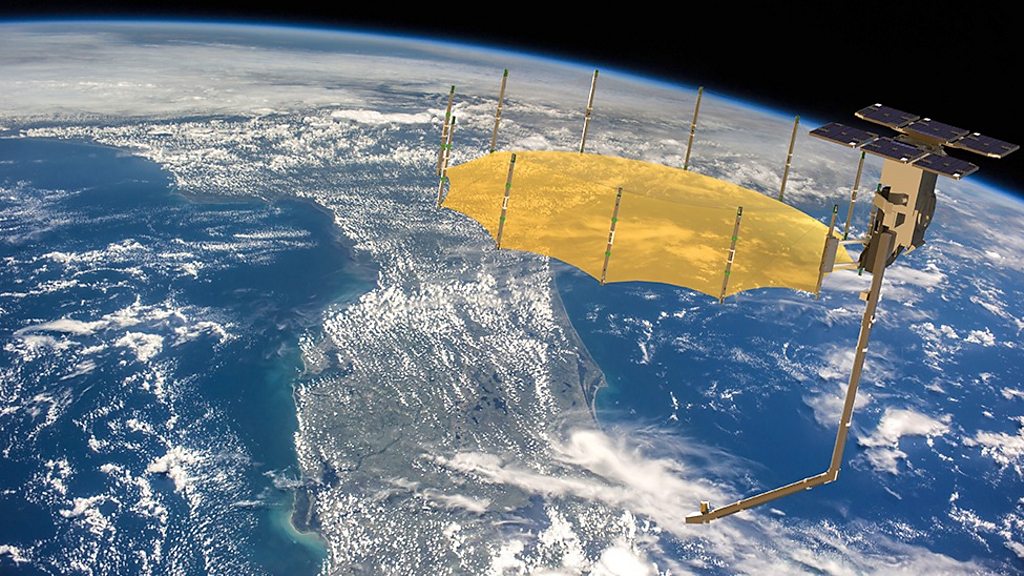