The giant iceberg that's been drifting through the South Atlantic experiences a major break-up.

The giant iceberg that's been drifting through the South Atlantic looks to have experienced a major break-up.

Tuesday's latest satellite imagery reveals major fissures in the tabular berg known as A68a, with huge blocks of ice starting to separate and move away from each other.

A68a, which calved from Antarctica in 2017, has been floating off the coast of South Georgia island.

Experts have been watching to see if it might ground in shallow water.

Were that to happen - and parts of the berg still could - it might cause problems for the British Overseas Territory's penguins and seals as they go about foraging for fish and krill.

The image at the top of this page comes from the EU's Sentinel-1 radar spacecraft. It was acquired at 07:17 GMT on Tuesday.

Although cracks were very pronounced on Monday, they hadn't by that stage cut right through A68a.

"As well as being one of the largest icebergs ever recorded, A68 must also be one of the most watched.

"With such a massive recent growth in the volume of satellite data and a huge improvement in the speed at which it can be made available, this capability has been put to good use in monitoring this huge iceberg on its journey from birth to destruction," he told BBC News.

The US National Ice Center operates the naming system for icebergs.

The bergs get given a prefix letter depending on which quadrant of the Antarctic they calve from, plus a number to designate their position in the sequence of big breakaways. Fragmentations then earn a suffix letter.

Just last week, a big piece broke from A68a and this was called A68d. You can see "d" trailing behind the main berg in another Sentinel-1 image from Monday processed by Pierre Markuse .

Two of the largest fragments identified by Sentinel-1 on Tuesday have already been named A68e and A68f.

GIS and mapping specialist at the British Antarctic Survey Laura Gerrish calculates the areas of the various fragments to be roughly:

Although now much reduced in size, A68a is still imposing and could yet present a sizeable obstacle to South Georgia's foraging marine predators.

At the moment, all the berg fragments are entrained in a fast-moving stream of water known as the Southern Antarctic Circumpolar Current Front. This is likely to sweep the chunks around the island and then throw them north.

Satellites will monitor their progress as they skirt the shallow continental shelf. There are a number of places where the fragments could get caught and anchor in place.

When A68 first calved from Antarctica, it measured almost 6,000 sq km in area - about a quarter the size of the Wales.

To put Tuesday's remnant A68a in some context - it's still bigger than Greater London, which covers about 1,500 sq km of land.

The iceberg came from a part of the Antarctic where it is still very cold - the Larsen C Ice Shelf. This is a mass of floating ice formed by glaciers that have flowed down off the eastern side of the Antarctic Peninsula into the ocean. On entering the water, the glaciers' buoyant fronts lift up and join together to make a single protrusion. The calving of bergs at the forward edge of this shelf is a very natural behaviour. The shelf likes to maintain an equilibrium and the ejection of bergs is one way it balances the accumulation of mass from snowfall and the input of more ice from the feeding glaciers on land. Larsen C calves big icebergs like A68 on decadal timescales. 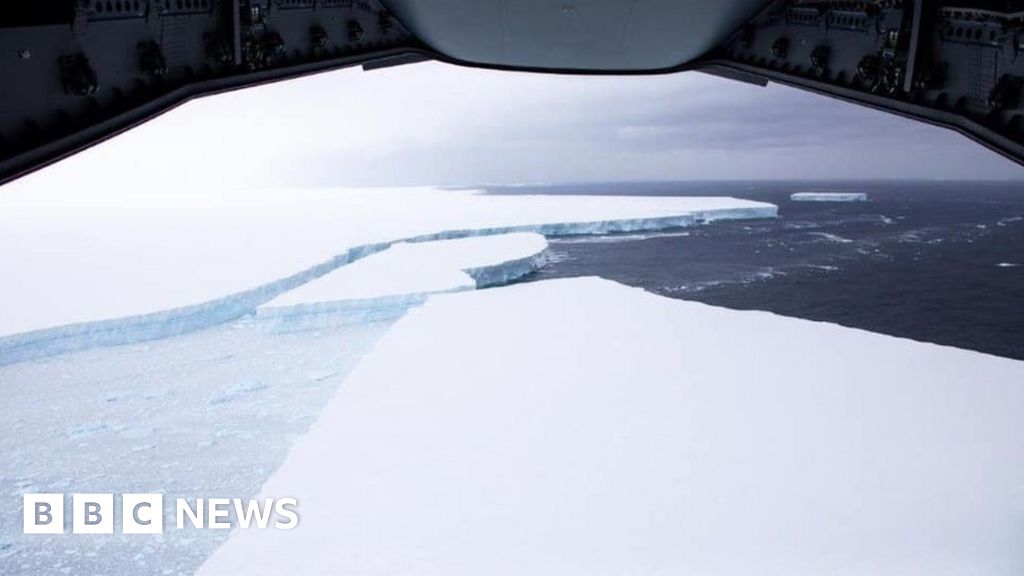 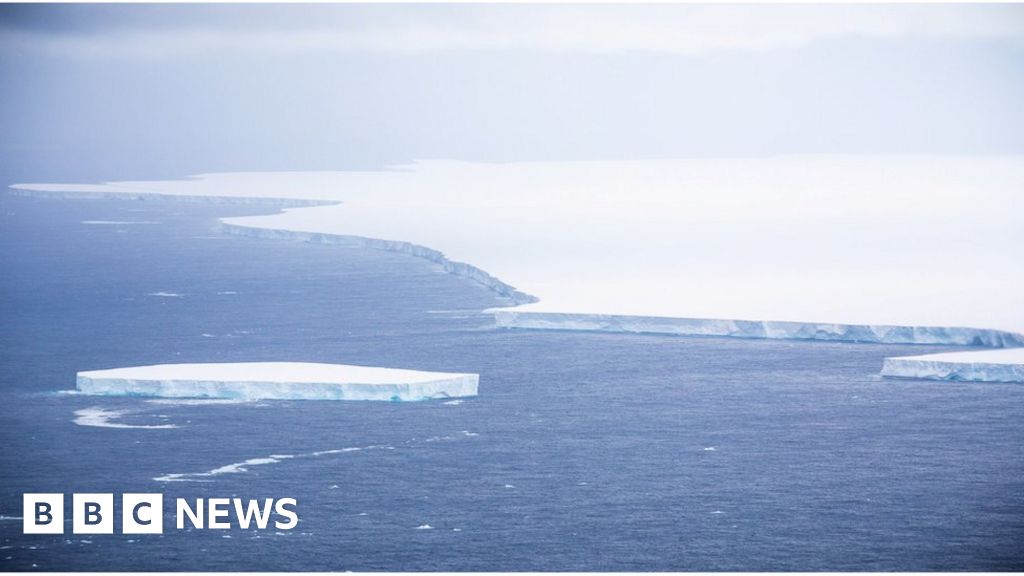