Alzheimer’s disease is the most common cause of dementia. It slowly destroys memory, thinking and behaviors, and eventually the ability to carry out daily tasks.

As scientists search for a cure, we have been learning more about the genetic and environmental factors that can increase a person’s risks of developing late-onset Alzheimer’s disease and related dementias.

In particular, my colleagues and I in preventive medicine , neurology and gerontology have been looking at the role of outdoor air pollution.

Our early research in 2017 became the first study in the U.S. using both human and animal data to show that brain aging processes worsened by air pollution may increase dementia risk. Our latest studies show how older women who lived in locations with high levels of PM2.5 – the fine particulate matter produced by vehicles and power plants – suffered memory loss and Alzheimer’s-like brain shrinkage not seen in women living with cleaner air.

Together these findings suggest a way to avoid one risk factor for Alzheimer’s disease – reduce human exposure to PM2.5. Unfortunately, that’s easier said than done.

PM2.5, also known as soot, consists of microscopic particles of chemicals, car exhaust, smoke, dust and other pollutants suspended in the air. An estimated one in six Americans lives in counties with unhealthy levels of particle pollution.

We have been investigating whether PM2.5 may accelerate the brain’s aging processes at the preclinical stage – the “silent” phase of the disease before any symptoms of Alzheimer’s disease and related dementias appear.

In the first U.S.-based nationwide study to link PM2.5 exposure and cognitive impairment , published in 2017, we found older women were almost twice as likely to develop clinically significant cognitive impairment if they had lived in places with outdoor PM2.5 levels exceeding the U.S. Environmental Protection Agency’s standard than if they hadn’t. Because we worked with the Women’s Health Initiative Memory Study, which followed the participants closely, we were able to account for other dementia risk factors, such as smoking, lack of exercise and hormone therapy.

In a new study, we wanted to see how the brains of older people were changing if they had experienced different levels of PM2.5 in the years before Alzheimer’s symptoms began.

We followed the progress of 712 women with an average age of 78 who did not have dementia at the start of the study and who underwent MRI brain scans five years apart. By combining EPA monitoring data and air quality simulations, we were able to estimate the everyday outdoor PM2.5 level around where the participants lived before their first MRI scan.

We found older women were more likely to have brain shrinkage similar to what is observed in patients with Alzheimer’s disease. When we compared the brain scans of older women from locations with high levels of PM2.5 to those with low levels, we found dementia risk increased by 24% over the five years.

Perhaps more alarming is that these Alzheimer’s-like brain changes were present in older women with no memory problems. The shrinkage in their brains was greater if they lived in locations with higher levels of outdoor PM2.5, even when those levels were within the current EPA standard.

Researchers in Spain recently examined brain MRI scans of healthy individuals at risk for Alzheimer’s disease and also found associations between air pollution exposure and reduced volume and thickness in specific brain areas known to be affected in Alzheimer’s disease.

We also looked at episodic memory , which involves memories of specific events and is affected early by Alzheimer’s disease. If episodic memory decline was associated with living in locations with increasing PM2.5, could we see any evidence that such specific cognitive decline came as a consequence of the Alzheimer’s-like brain shrinkage?

Data from the Women’s Health Initiative Memory Study and past MRIs allowed us to look for changes across time for nearly 1,000 women. We found that as outdoor PM2.5 increased in locations where these older women lived, episodic memory declined. Approximately 10%-20% of the greater memory decline could be explained by Alzheimer’s-like brain shrinkage.

Because the silent phase of dementia is thought to start decades before the manifestation of symptoms, findings from our recent studies raise concerns that air pollution exposures during mid to early life may be equally or even more important than late-life exposure.

Genes also appear to play a role. Our research has shown that a critical Alzheimer’s risk gene, APOE4 , interacts with air particles to accelerate brain aging. We found the environmental risk raised by long-term PM2.5 exposure was two to three times higher among older women with two copies of the APOE4 gene than among women without the gene.

Other researchers have subsequently investigated the possible interplay of that gene and environment. A Swedish study in 2019 did not find strong evidence for gene and environment interaction. But a 2020 study using data collected from elderly residents of two New York City neighborhoods found an association between long-term air pollution exposure and cognitive decline, with steeper rates of decline found in APOE4 carriers.

In the U.S., the Clean Air Act requires the Environmental Protection Agency to develop air quality standards that provide an adequate margin of safety to protect sensitive populations, such as children and the elderly.

The U.S. government had an opportunity to strengthen those standards in 2020, a move that EPA scientists explained could prevent thousands of premature deaths from health risks such as heart disease. Scientists advocated tougher standards, citing other health problems linked to PM2.5. However, EPA Administrator Andrew Wheeler declined, announcing on Dec. 7 that the standards would remain unchanged. 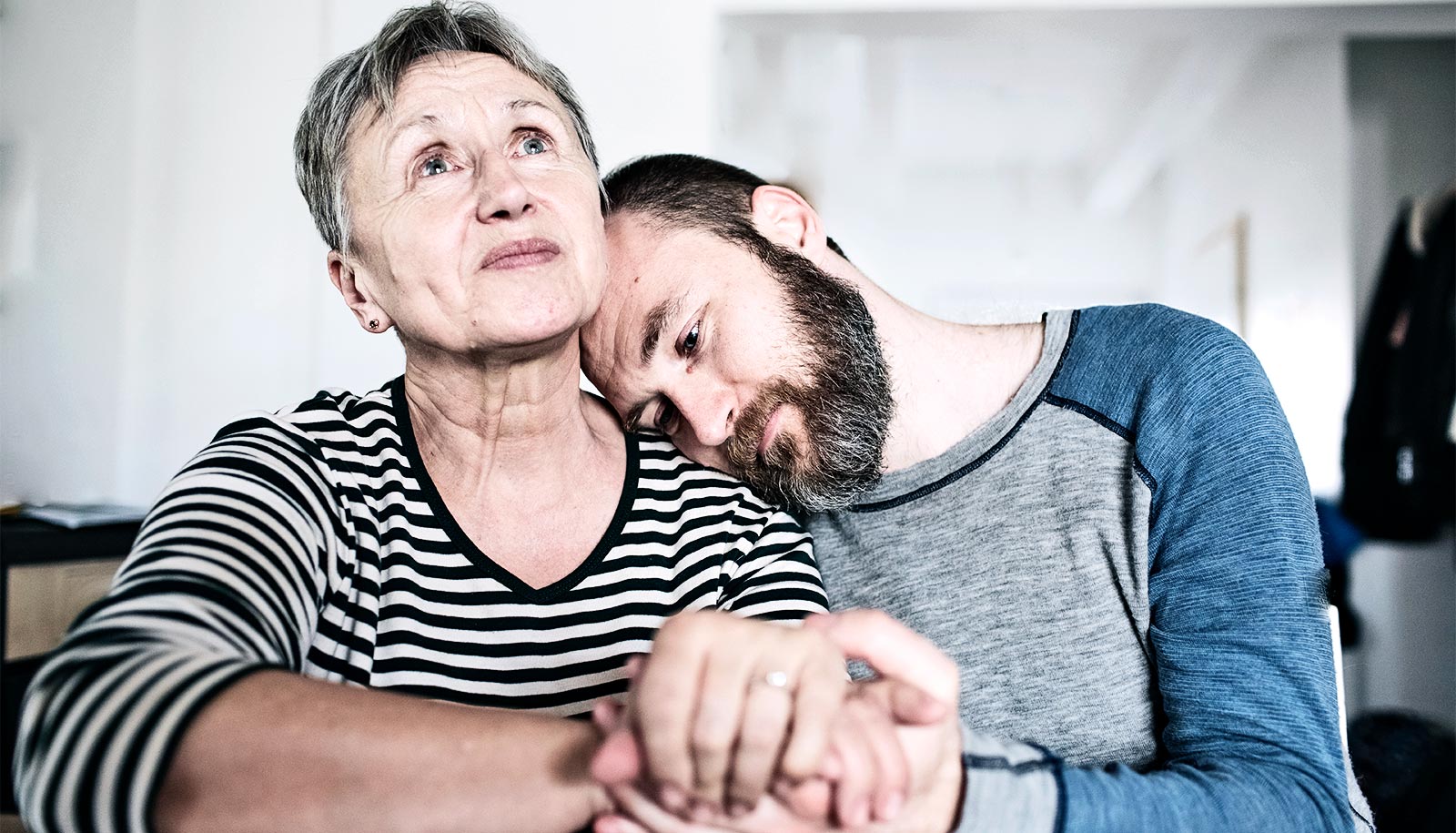 Symptoms pop up earlier for kids of people with dementia