Predatory insects are super pest controllers. Planting flowers can help them help farmers to reduce the use of pesticides.

Predatory insects benefit greatly from flowers and can even survive for extended periods of time on nectar and pollen alone, according to a new study.

Until now, it was believed that predatory insects needed prey to survive.

The findings show that farmers can promote a consistent production of natural enemies to defeat pests by incorporating flowering strips and flowering margins in their fields. In their systematic review, researchers collected, compared, and analyzed data from studies around the world.

“By planting flowering margins and strips alongside fields, one can ensure an ever-abundant supply of predatory insects such as hoverflies, lacewings, minute pirate bugs, phytoseiid mites, and two-spot ladybugs,” says Lene Sigsgaard, associate professor of the plant and environmental sciences department at the University of Copenhagen.

“Pollen and nectar are supplements that beneficial insects can survive on when pests aren’t around. And, the plants in margins and strips provide many other types of insects to prey on as well. By planting a wide variety of flowers that bloom both early and late in the season, one can ensure for an optimal effect that ensures the survival of predators throughout the growing season,” she says.

“This is good news for the green transition, as effective pest control can help reduce the use of agricultural pesticides. On top of the that, the presence of more flowers improves pollination and biodiversity, as they attract more insects and pollinators into fields.”

In order for predatory insects to access flower nectar, easily accessible open flowers need to be planted, as predatory insects aren’t equipped with the long feeding tubes that bees have, the researchers say. Examples of open and beneficial flowers are wild carrot, ox eye daisy, dill, and dandelion.

Food from flowers boosts energy for predators. Specifically, the researchers found that across all predatory insects, females survive 2.2 times longer with access to flowers, and males 1.7 times longer, compared to insects that only have access to water, but no flowers.

Still, not all predatory insects and flowers are the same. Some predators manage to lay eggs with access to flowers alone. Of the 17 predatory insect species tested with more than one species of flowers, nine—including lacewings, two-spot ladybugs, and minute pirate bugs—lived significantly longer with flowers. The lifespans of the remaining eight species, including a predatory mite, were not significantly longer.

There are differences among flowers as well. With buckwheat , which has open flowers and is a cultivated crop, predator insects lived an average of 8.6 times longer than on water alone. Mallow, yarrow, and ox eye daisy are also highly valuable flowers for predatory insects, while lotus and viper’s bugloss, due to their deeper tubes, are less helpful.

“It’s quite an elixir of life. Wisely planted flowers can contribute to robust crop production because predatory insects will live longer and better,” says Sigsgaard.

“It pays to design tomorrow’s agriculture so as to accommodate wild flowering plants alongside fields. For the greatest impact, this needs to be done on an informed basis, which is why we are looking at how to design mixed flowering strips and flowering margins that benefit both predatory insects and pollinators. This will reduce the need for other forms of pest control while supporting biodiversity.”

The researchers recommend native, perennial flowers to create permanent habitats for predatory insects, places where they can winter as well. It is also important to have a wide variety of species that bloom during different seasons and benefit different insects. The researchers work with 30-40 different native species in the field, including grasses, which help make flower strips more robust.

The researchers are continuing to study which flowers and flower combinations are particularly beneficial for insect life in general, and more specifically, for beneficial insects and their contribution to biological pest control and pollination.

The study appears in the journal Biological Control . 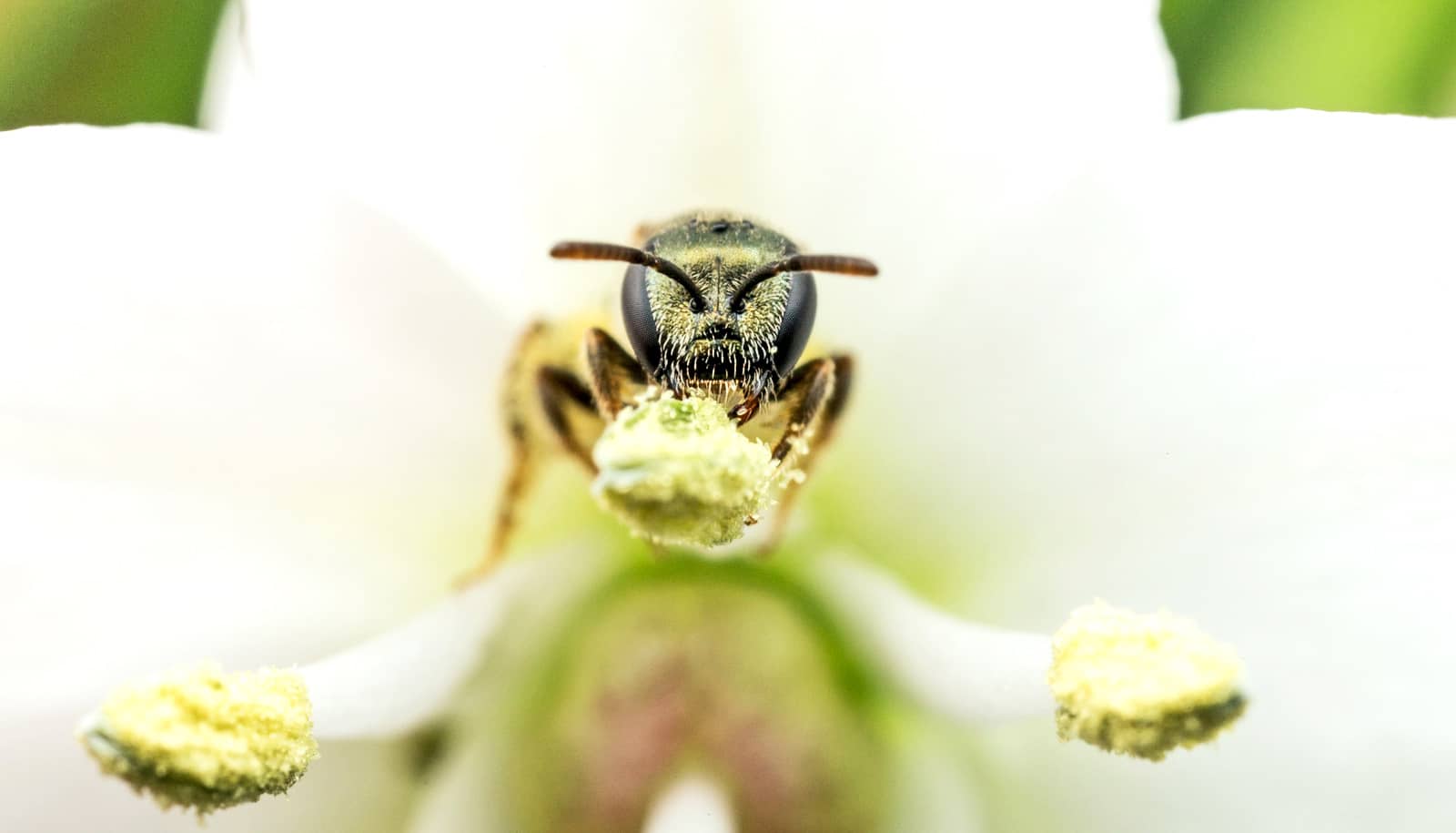 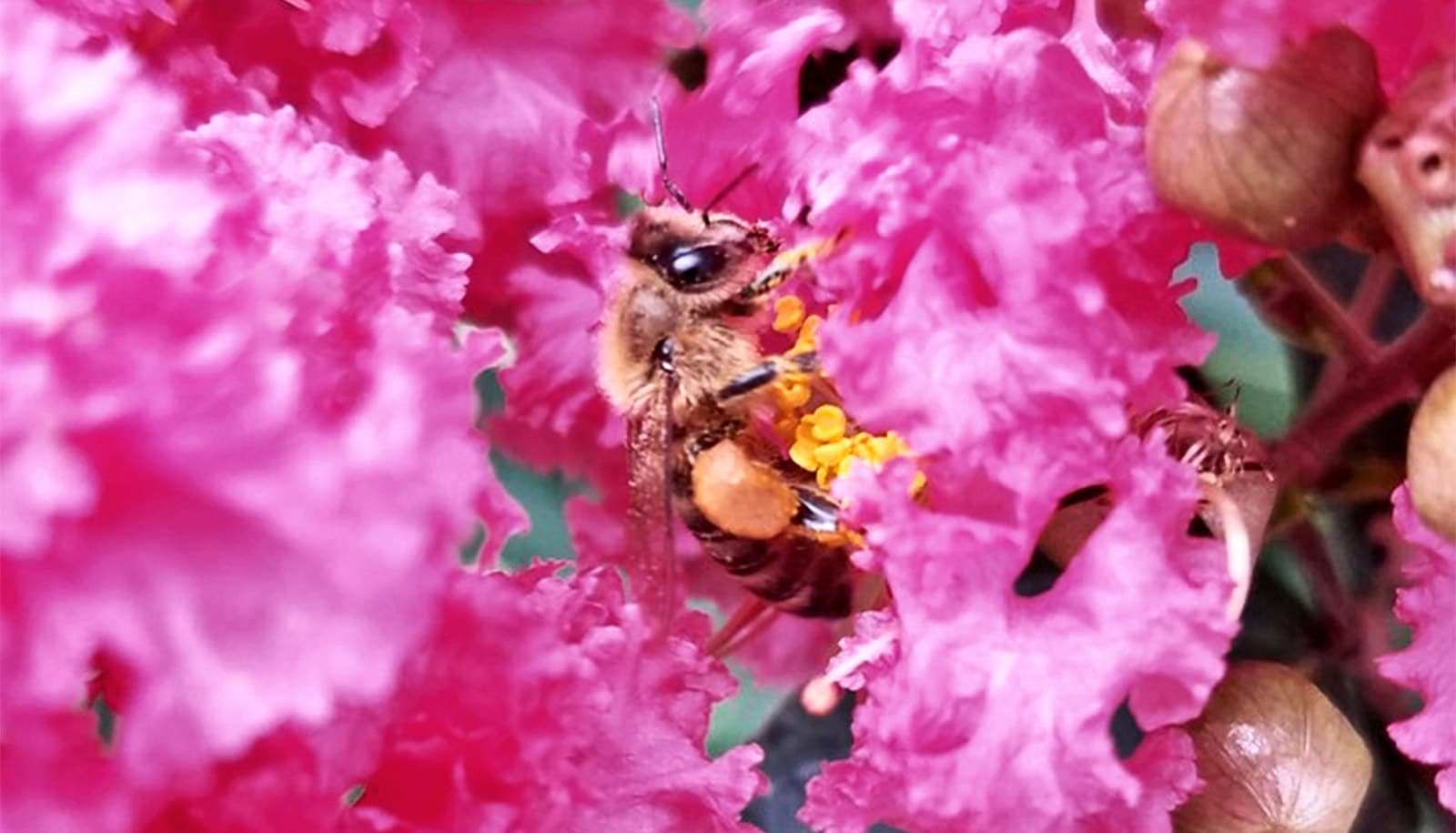 Pollen shows which plants bees in the city need most