Blue whales may be at a bigger risk than previously thought of getting entangled in fishing nets.

The risk that whales can get entangled in fishing nets appears to have been underestimated, according to a new study.

As many as 60% of blue whales in Canada's Gulf of St Lawrence have come into contact with fishing ropes and nets, based on scarring seen on photographs snapped by drones.

Entanglement rates were similar in another ocean giant, the fin whale.

Whales can suffocate or starve after getting tied up in fishing gear.

An estimated 300,000 whales, dolphins and porpoises a year die after being injured in nets or lines designed to target other species.

Reports of very large whales getting trapped in fishing gear are rare compared with smaller species, leading to the assumption that they aren't as much at risk.

But a new study, led by experts at the University of St Andrews, Fife, casts doubt on this idea.

The researchers analysed images taken by drones of blue and fin whales in Canada's Gulf of St Lawrence - an important summer feeding ground for whales.

Scars on the tails of the whales suggest that 60% of blue whales studied and about half of fin whales had been entangled in nets at some point in their life.

The researchers say more data is needed to assess the risks, as deaths from entanglement could tip some whale populations into decline.

"These results will require a review of every recovery plan and strategy in which, so far, fishing was not listed as a significant threat for these two species," said Dr Christian Ramp of the University of St Andrews.

In right and humpback whales, between 60% and 80% of the mammals have been entangled at least once in their lifetime.

For the larger whales, like blue and fin, it had been previously assumed that this number was only around one in 10, because they are stronger and live further offshore, away from fishing fleets.

Using drones, the team observed that at least 55% of the fin whales had scars from entanglement, and the range for the blue whales was similarly high at 40-60%.

The research is published in the journal Endangered Species Research. 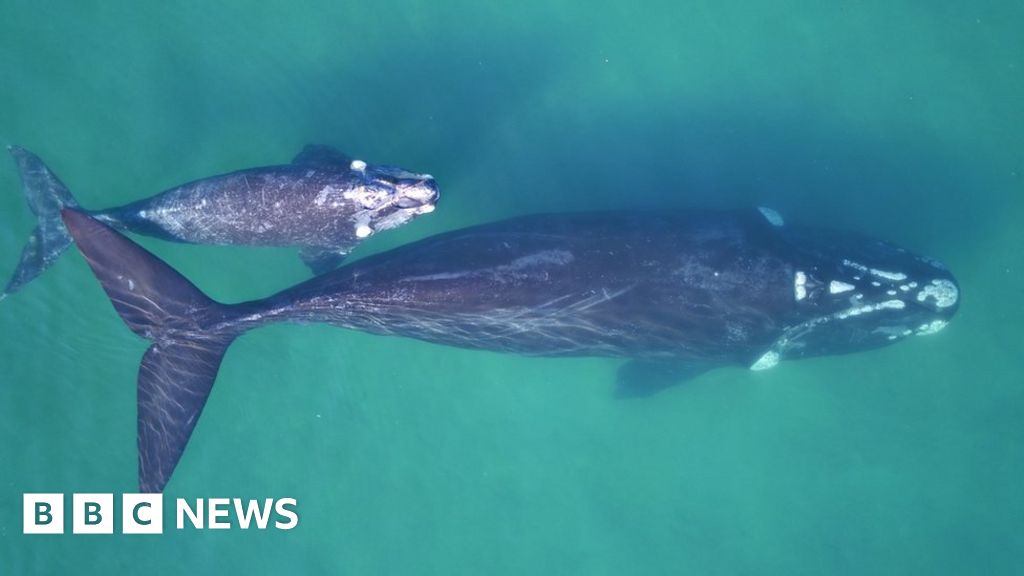 How to weigh a whale without a scale 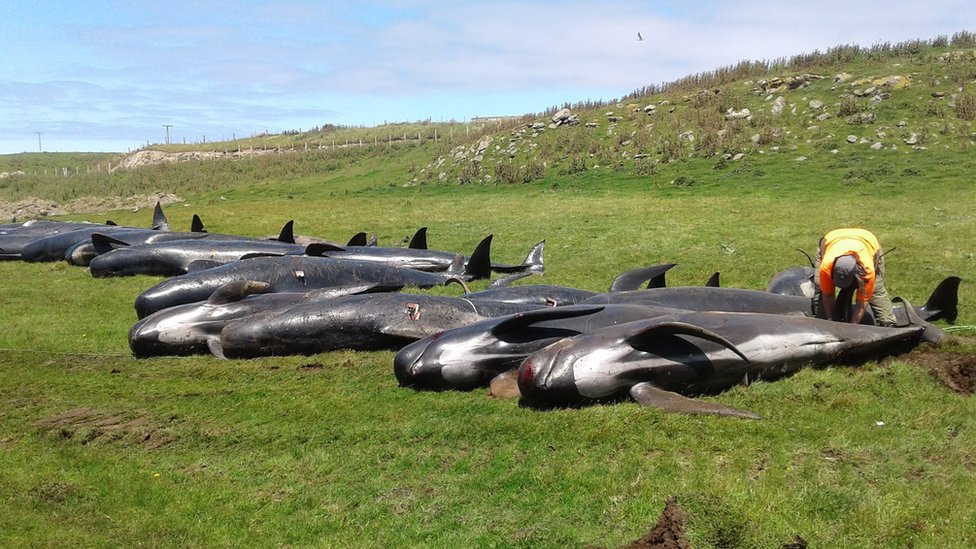