Scientists Have New Theory for What Killed the Dinosaurs

American researchers have a new theory about how an object struck the Earth and caused the dinosaurs to die off.

Scientists mostly agree on where the impact happened about 65 million years ago. They say a huge object struck an area off the coast of what is now Mexico. Astronomers have said the most likely cause of the strike was either an asteroid or a comet.

In recent years, researchers have presented evidence that the impact was caused by an asteroid. The theory suggests the asteroid came from an area between the orbits of Mars and Jupiter.

But a study by two astronomers from Harvard University presents a new theory: that the crash was caused by a comet. The researchers say the comet came from an area containing icy debris on the edge of the solar system. The area is known as the Oort cloud.

Their theory states that the comet was pulled into the solar system by Jupiter’s gravity. The comet then came very close to the sun, whose tidal force caused it to break up into pieces. The researchers believe one of the pieces crashed into the place that scientists have identified in Mexico.

The team based its theory on a model created to predict the probability that a long-period comet from the Oort cloud would hit Earth. Long-period comets take more than 200 years to orbit the Sun.

Because comets come from frozen areas of the outer solar system, they are icier than asteroids. They are known for leaving long trails of gas and dust as they melt.

The new study was recently published in Scientific Reports. The lead author was Amir Siraj, an astrophysics student at Harvard. "Jupiter is so important because it's the most massive planet in our solar system," he told the French press agency AFP.

Siraj said the findings showed that Jupiter’s large influence pushes “these incoming long-period comets into orbits that bring them very close to the sun.” The comets experience such a large tidal force from the sun “that the most massive of them would shatter into about a thousand fragments,” he said. Each of those fragments would be large enough to produce a crater the size of the Mexican site, he added.

That massive impact is estimated to have been equal to the strength of about 10 billion nuclear bombs. The U.S. Space Agency NASA has estimated the strike created a huge crater about 180 kilometers wide and 900 meters deep.

The event is believed to have caused widespread wildfires, earthquakes and ocean waves. It also released chemicals into the atmosphere, leading to severe cooling. Scientists blame the event for destroying more than 70 percent of plant and animal life. In addition, all dinosaurs that were not bird-like died out.

The researchers say their theory can be tested by further studying the crater in Mexico, as well as possibly those on the moon. In addition, space explorers might also be sent to collect comet material for examination.

The study also suggests that similar impacts can be expected to strike Earth about once every 250 to 730 million years. But the other lead researcher on the project, Harvard professor Avi Loeb, noted that that is just an estimate.

“You never know when the next one will come,” he said. “The best way to find out is to search the sky.”

Bryan Lynn wrote this story for Learning English, based on reports from Agence France-Presse and The Harvard Gazette. Mario Ritter, Jr. was the editor.

impact – n. an act or event in which something strikes another thing

asteroid – n. a space rock, that can be small or the size of a large moon, that orbits the sun

comet – n. an outer space object that is made of material like gas and ice which is left behind in its orbit as it approaches the sun

debris – n. pieces that are left after something comes apart

shatter – v. to suddenly break into many pieces

fragment – n. a broken piece of something that was once larger

crater – n. a round hole made by an explosive force such as a bomb or an object falling from the sky 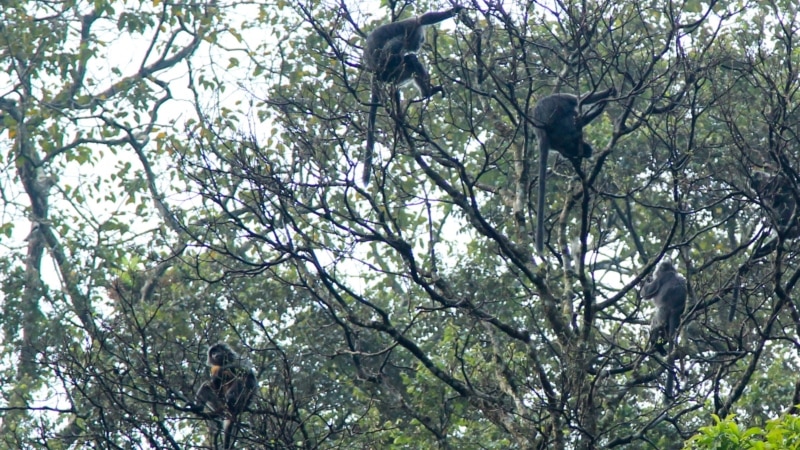