Pandemic pushed many moms out of the workforce

New research documents how the COVID-19 pandemic, and resulting loss of in-person education for kids, has sidelined mothers from the workforce.

The research, forthcoming in Gender & Society , draws on new data from the Elementary School Operating Status (ESOS) database to show that the gender gap between mothers and fathers in the labor force has grown significantly since the onset of the pandemic in states where schools primarily offered remote instruction.

And if these circumstances continue, it could deliver a long-lasting blow to mothers’ lifetime earnings and occupational trajectories.

“Without more support from fathers, employers, and the government, something had to give under this unsustainable pressure.”

“Our research shows schools are a vital source of care for young children, and without full-time, in-person instruction, mothers have been sidelined from the labor force,” says Caitlyn Collins, assistant professor of sociology at Washington University in St. Louis and coauthor of the study.

“The longer these conditions remain in place, the more difficult it may be for mothers to fully recover from prolonged spells of non-employment, resulting in reduced occupational opportunities and lifetime earnings.”

As the pandemic continues into the spring, states with significantly curtailed in-person learning will likely continue to see low maternal labor force participation with the potential for devastating, long-term employment effects for many women with children, Collins adds.

While the primary function of schools is children’s education, they also provide an expansive infrastructure of care—especially for elementary school-age children—that parents, businesses, and the economy rely upon, Collins says. COVID-19 has strained that infrastructure in unprecedented ways.

States have varied considerably in their approaches to slow the virus’ spread and reopen schools, resulting in a patchwork structure of K-12 education across the United States.

Collins and coauthors—Liana Christin Landivar at the Maryland Population Research Center; Leah Ruppanner at the University of Melbourne; and William Scarborough at the University of North Texas—wanted to understand the nature and magnitude of school closures across states.

They used the ESOS database to measure the percentage of school districts offering in-person, remote and hybrid instruction models for elementary schools by state in September 2020. Then, they linked the data to the Current Population Survey to evaluate the association between school reopenings and parents’ labor force participation rates, comparing such 2020 rates with those observed pre-pandemic in 2019.

In the paper, the authors describe results from the 26 states currently available in ESOS and highlight three states as illustrative examples of the consequences of various reopening statuses.

Their findings illustrate the critical role schools play not only in supporting children’s well-being, but also enabling parents, especially mothers, to maintain employment. Absent fathers’ equal participation at home , mothers bear the brunt of responsibility for childrearing, both before and during the pandemic, according to Collins.

Maryland—where schools across the state primarily opened remotely in 2020—experienced the largest drop in mothers’ labor force participation. In 2019, Maryland mothers with elementary-age children had a 90% predicted probability of being in the labor force. When schools opened in 2020, that probability dropped to 74%, representing a 16-point drop.

In comparison, Maryland fathers’ predicted probability of labor force participation dropped by 5 percentage points, from 92% to 87%—a statistically insignificant change, the authors wrote.

Just 200 miles away, New York took a different approach: Nearly half of the elementary schools in the state offered hybrid programs consisting of a mix of remote and in-person education. Researchers found that mothers’ labor force participation in New York declined by 7 percentage points, from 79% to 72%. Fathers’ labor force participation dropped by 4 percentage points, from 96% to 92%. Neither of these drops was statistically significant.

Finally, in Texas—where more than half of school districts offered full-time, in-person education for elementary students—mothers’ labor force participation dropped by 10 percentage points, from 77% to 67%, and fathers’ from 96% to 93%. While this was a larger shift than observed in New York, it was still substantially smaller than the changes observed in Maryland.

Across all states, mothers’ work attachment fell to a greater extent than fathers’, but the gap is widest in states, like Maryland, where schooling was fully remote at the start of the school year.

Upon completion in spring 2021, the ESOS database will be made publicly available via the Open Science Framework, offering the reopening status of all elementary school districts in the country serving more than 500 students, or approximately 9,000 school districts.

One in three US women who left employment since the onset of the COVID-19 pandemic cite childcare demands as a primary reason for their departure. Perhaps that’s not surprising, though. Preliminary evidence suggests that gender inequality in the domestic division of labor worsened under the pandemic, Collins says.

Collins, Landivar, Ruppanner, and Scarborough have been studying the impact of the pandemic on mothers’ paid work since the first shutdowns in March 2020. Their early analysis found that mothers were more likely to reduce their work hours or exit the labor force altogether—even when both parents were able to telecommute. They suggest this is likely because mothers picked up a larger share of housework, childcare, and homeschooling than fathers.

“Mothers have also reported greater increases in anxiety, depression, and disturbed sleep compared to fathers, especially after experiencing a job loss or an increased housework or childcare load,” says Ruppanner, associate professor of sociology at the University of Melbourne.

“Without more support from fathers, employers, and the government, something had to give under this unsustainable pressure. What seems to be giving is mothers’ employment,” Collins says.

When mothers are forced to choose between their families and jobs, it affects not only their immediate financial stability, but also their psychological well-being, economic independence, and lifetime occupational attainment and earnings.

As the current research illustrates, mothers have paid the price of the childcare crisis created by the COVID-19 pandemic.

“This is an injustice with long-term consequences for mothers’ job prospects and economic stability,” the researchers write.

“These are not personal problems, but deeply political issues that require policy interventions. Well-funded and evidence-based reopening plans are necessary to allow children to return to school face-to-face, and to allow parents to engage in paid work.

“Now, more than ever, it is crucial that federal and state governments invest in expanding the public care infrastructure for children of all ages.”

The post Pandemic pushed many moms out of the workforce appeared first on Futurity . 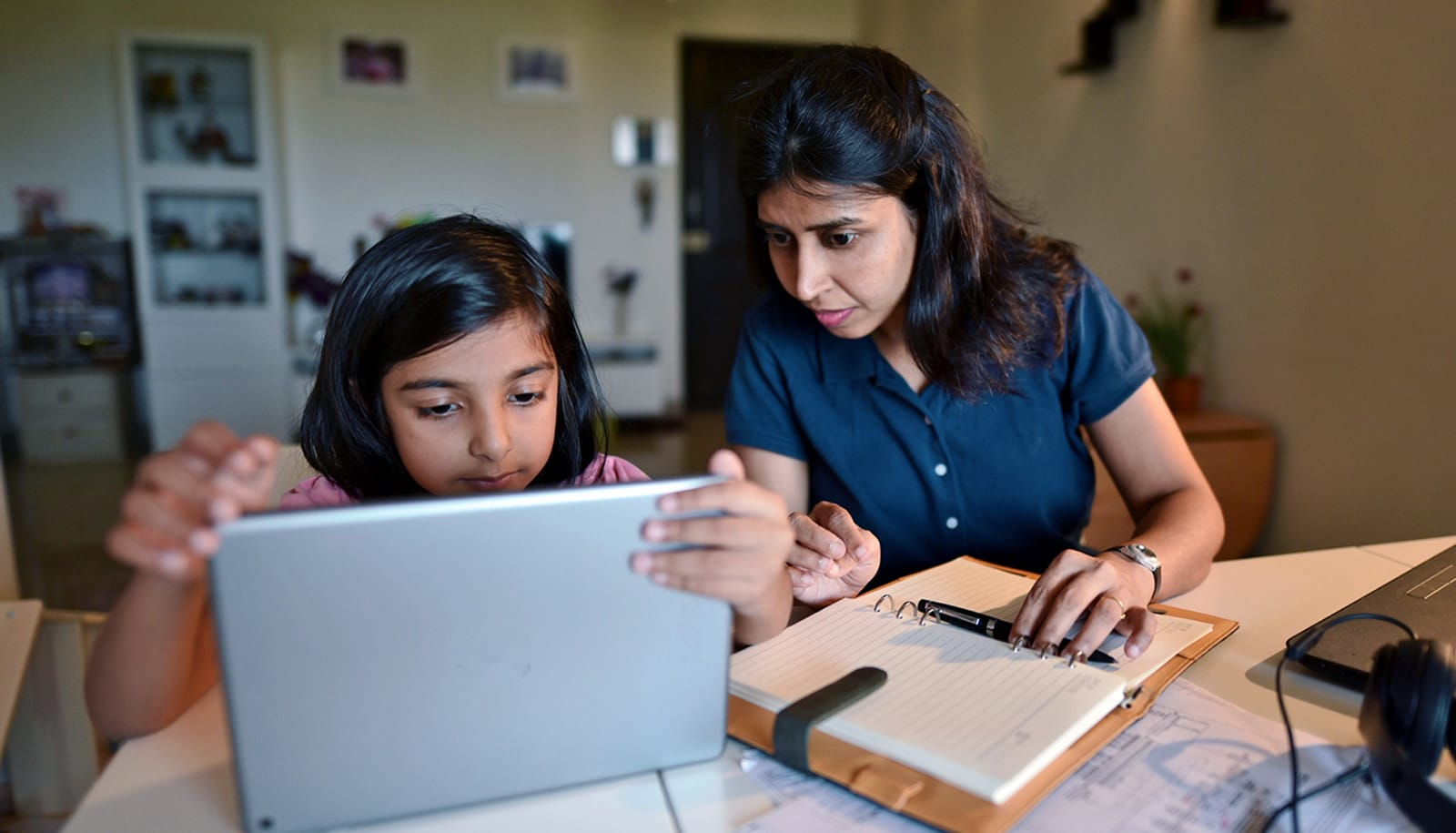 Pandemic pushed many moms out of the workforce 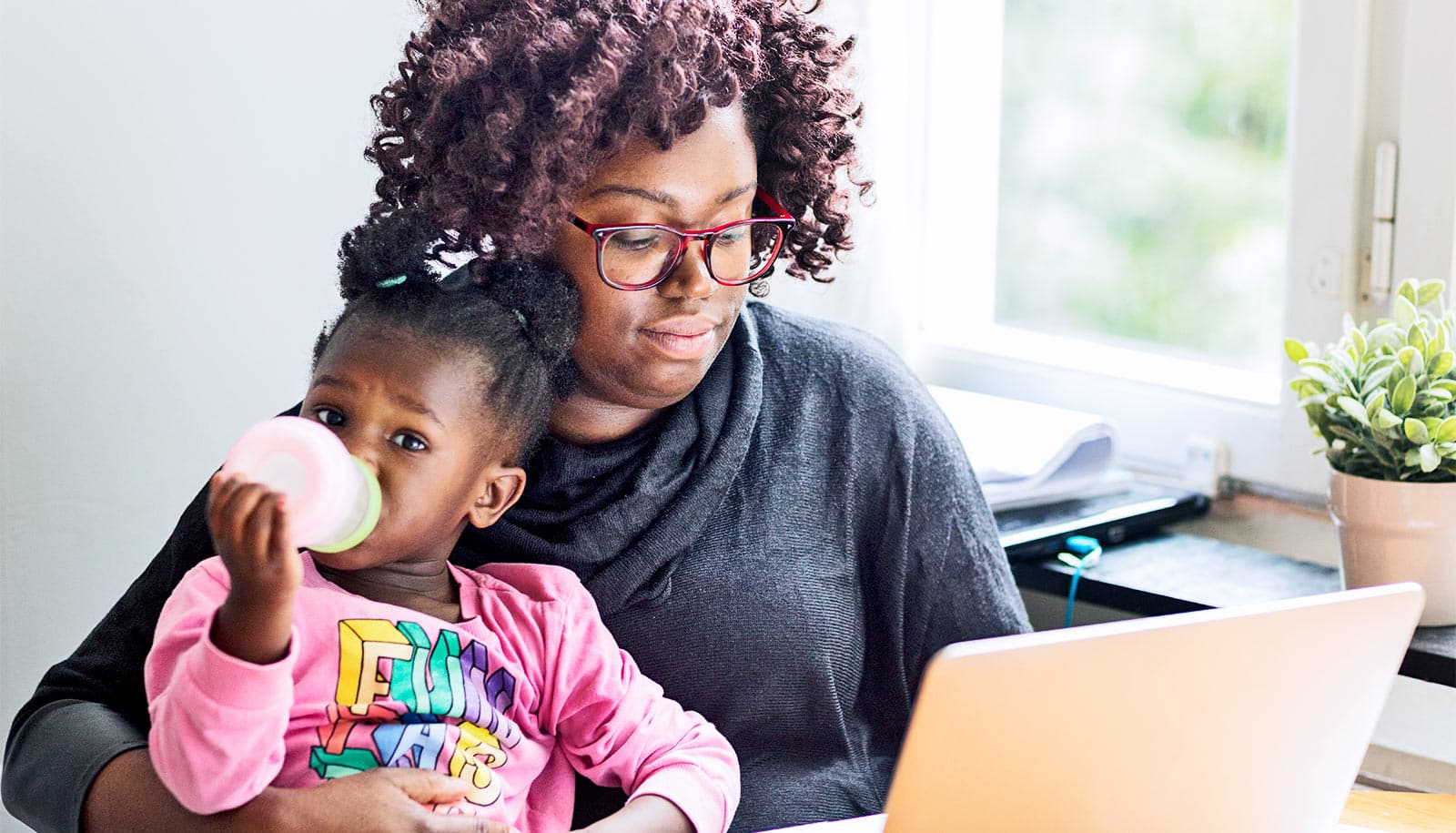