Last spring, Kelli Rivera of Atlanta, Georgia, became so concerned with how local schools were dealing with the coronavirus pandemic that she decided to teach her children at her home.

Her children are back in public school and mostly attending class in person - for now.

But Rivera is thinking about putting her younger son in private school next year. And she hopes the state of Georgia might help her pay for it with an increase of school choice programs.

In many American states, lawmakers and supporters of school choice are hoping to use the concerns of parents like Rivera to pass new laws about school choice. School choice suggests the use of public money to pay for private schools or teaching at home.

Some kind of school choice program already gets public money in 29 states, the District of Columbia and Puerto Rico, notes EdChoice, a group that supports school choice.

Supporters of school choice say they hope to make new gains this year as public opinion studies around the U.S. show private schools have been more likely to offer in-person learning.

John Schilling is President of the American Federation for Children, a group that supports school choice programs.

Schilling used terms such as “mad” and “frustrated” to describe how parents feel. He added that the pandemic has shown “how inflexible the K-12 system is.”

K-12 means kindergarten through 12th grade – the beginning year through the end year of the public school system.

Opponents of school choice argue that such programs will take money from traditional public schools. Opponents suggest that school choice programs could be damaging for areas that serve low-income families.

Vouchers play an important role in the debate. Vouchers are publicly financed savings accounts and tax credits to be used for private schools.

But opponents argue in some cases vouchers help families who could pay their own way for private school.

Jessica Levin of the Education Law Center said that vouchers take “money from public schools and ... allow private schools to discriminate in all kinds of ways.”

The Education Law Center is part of an anti-voucher group called Public Funds for Public Schools.

Levin said private schools are not required to admit students. She added that private schools do not have their academic results publicly examined and they may not offer special education services.

There are new proposals in many states that already offer help with funding for private schools and homeschooling.

In Georgia, Republican state Rep. Wes Cantrell has introduced a bill that would create educational savings accounts. These accounts would let parents use money to pay for private schools or home-schooling costs. The proposal would give the money to different groups, including students in areas not offering full in-person classes.

“The major concern I’ve had over the last year has been from parents who don’t have a public school offering in-person classes,” Cantrell said. “If the public schools are not meeting their needs, they should have another choice.”

In Missouri, Republican Senate Majority Leader Caleb Rowden said his top priority is a bill giving tax breaks for donations to organizations providing scholarships to private schools or other public schools outside a student’s home district. School choice measures have failed in the state many times before.

Rowden, who sends his child to a private Christian school, told the Associated Press recently, “I’ve got a lot of left and center-left friends who are more frustrated with the public school system than they ever have been in their lives.” He added that such parents have realized “they have so little control over the say of their kid’s education that something needs to be done about it.”

In Indiana, which already has one of the nation’s largest voucher programs, Republicans are trying to increase the number of students getting help by up to 40 percent next year.

Rivera herself wonders about the conflict between her wishes to support her kids and support public schools.

“I would love to put my kids where I can offer certainty,” she said, “but I don’t know what that does to our schools, I don’t know the stresses it puts on our teachers.

Jeff Amy reported on this story for the Associated Press. John Russell adapted it for Learning English. Susan Shand was the editor.

frustrated – adj. discouraged, or upset because of being unable to do or complete something

account – n. an arrangement in which a bank keeps a record of the money that a person puts in and takes out of the bank

priority – n. something that is more important than other things and that needs to be done or dealt with first

district – n. an area or region containing the schools that a school board is in charge of

stress – n. a state of mental tension and worry caused by problems in your life, work, etc. 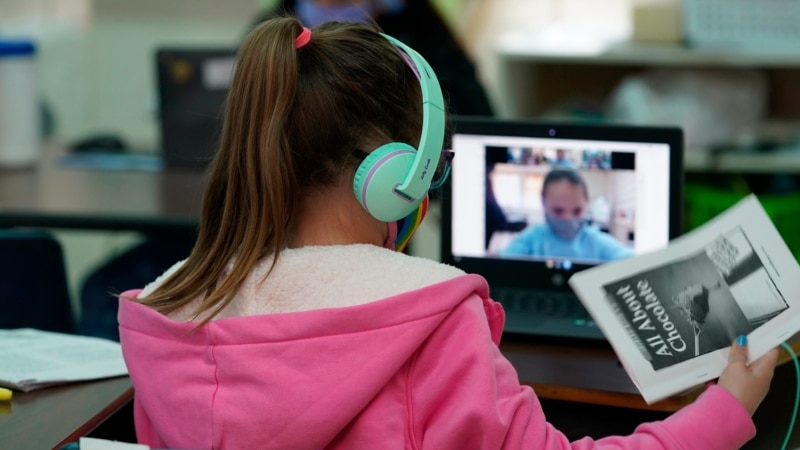 US Schools Plan for Remote Learning into the Fall 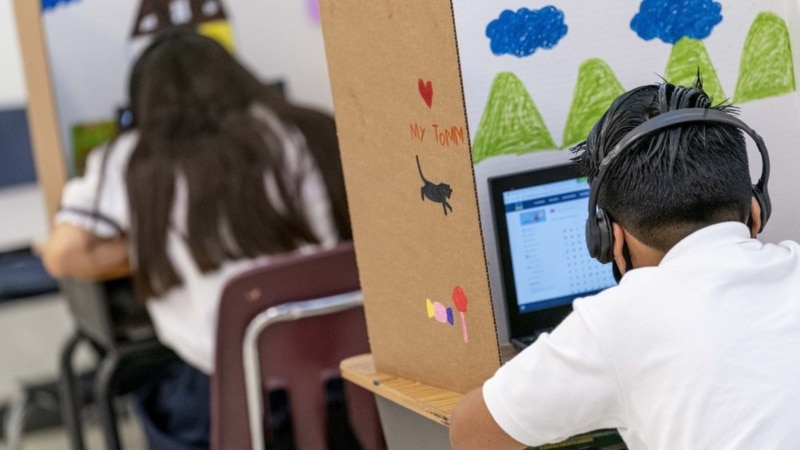