New research reveals how some creatures assess food texture, or whether it's smooth or gritty.

New research provides the first description of how certain animals sense the texture of their food based on grittiness versus smoothness.

The channel, called TMEM63, is part of a class of receptors that appear in organisms from plants to humans. As a result, the new findings could help shed light on some of the nuances of our own sense of taste.

“We all appreciate that food texture impacts food appeal ,” says Montell, professor in the department of molecular, cellular, and developmental biology. “But this is something that we don’t understand very well.”

Li and Montell focused on fruit flies to investigate the molecular and cellular mechanisms behind the effect of grittiness on food palatability. “We found that they, like us, have food preferences that are influenced by this textural feature,” Montell says. They devised a taste test in which they added small particles of varying size to sugary food, finding that the flies preferred particles of a specific size.

In prior work, Montell and his group have elucidated the nuances at play in the sense of taste. In 2016, they found a channel that enables flies to sense the hardness and viscosity of their food by the movement of the small bristles on their tongue, or labellum. More recently they discovered the mechanisms by which cool temperatures reduce palatability.

Now the researchers sought to identify a receptor that’s required for sensing grittiness. They figured that it would be a mechanically-activated channel triggered when particles lightly bent a fly’s taste hairs. However, the inactivation of known receptors had no impact on preference for food based on smoothness and grittiness.

The authors then considered the protein TMEM63. “Fly TMEM63 is part of a class of mechano-sensors conserved from plants to humans,” Montell says, “but its roles in animals were unknown.”

With only the suspicion that it might relay information about grittiness, Li and Montell inactivated the gene that codes for TMEM63 and compared the behavior of the mutant flies with wild-type animals.

After withholding food from the animals for a couple hours, the researchers measured their interest in various sugar solutions mixed with particles of different sizes. They used the amount that the fly extended its proboscis to measure the animal’s interest in the food it was presented. Li and Montell discovered that without TMEM63, the flies couldn’t distinguish between a solution of pure sugar water and one containing small silica spheres around 9 micrometers in diameter, which is the flies’ preferred level of grittiness.

When they added chemicals to make the sugar solution less pleasant—a mild acid, caffeine, or moderate amounts of salt—the microspheres reversed the flies’ aversion. But not in flies lacking TMEM63. Upon restoring the gene that codes for this channel in the mutant flies’ labella, the animals regained their ability to detect grittiness.

“It wasn’t known before this study that flies could even discriminate foods on the basis of grittiness,” Montell notes. “Now that we found that the mechanosensitive channel is TMEM63, we have uncovered one role for this protein in an animal.”

The TMEM63 channel functions in a single multi-dendritic neuron (md-L) in each of two labella at the end of the fly’s proboscis. The neuron senses movements of most of the taste bristles on the labella. When the bristles move slightly upon interacting with food particle, it activates the TMEM63 channel, which stimulates the neuron that relays the sensation to the brain. Because one neuron connects to many bristles, it likely can’t convey positional data of individual particles, only a gestalt sense of grittiness.

By applying light force to these bristles—mimicking the action of small particles in a gritty solution—Montell and Li could activate the md-L neuron. However, the same procedure showed no effect in flies with TMEM63 knocked out. Interestingly, both groups of animals could detect larger forces on their bristles, such as might be caused by hard or viscous foods.

Montell’s team had previously shown that another channel called TMC, which is also expressed in md-L neurons, is important for detecting these larger forces. Both TMEM63 and TMC relay textural information about food, and even activate the same neuron. However, Li and Montell’s results reveal that the two channels have distinct roles.

Texture can provide a lot of information about food. It can indicate freshness or spoilage. For instance, fruit often become mealy when they start to spoil. “Animals use all the sensory information that they can to evaluate the palatability of food,” Montell says. “This includes not only its chemical makeup, but color, smell, temperature, and a variety of textural features.

“The 9-micrometer particle size that flies most enjoy corresponds in size to some of their preferred foods, like budding yeast and the particles in their favorite fruit,” he explains.

Montell suggests TMEM63 almost certainly has many other roles in animals. “This protein is conserved in humans,” Montell says. “We don’t know if it has a role in texture sensation in humans, but some kind of mechanically-sensitive channel probably does.” 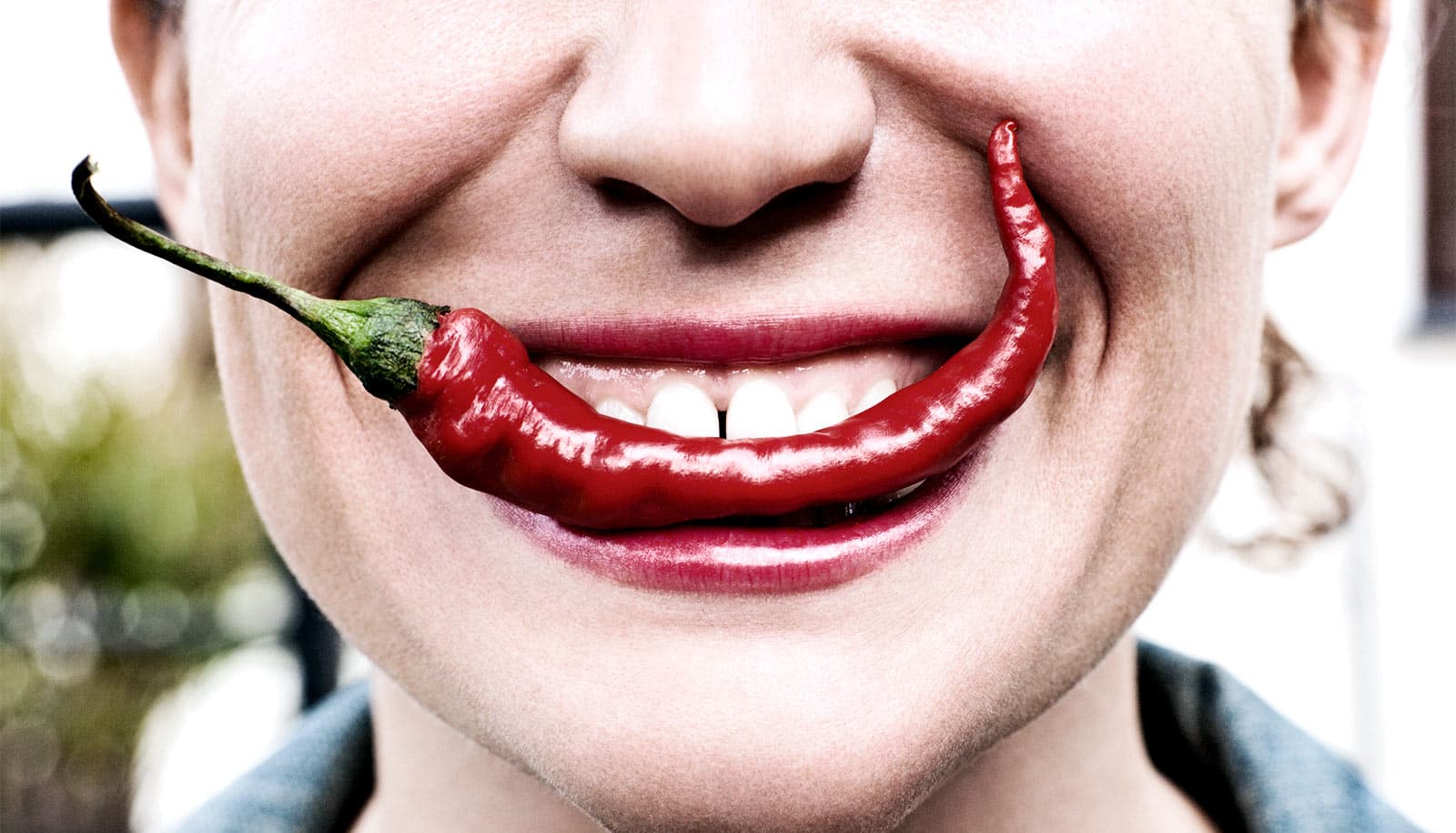 Which drink is best to handle spicy food? 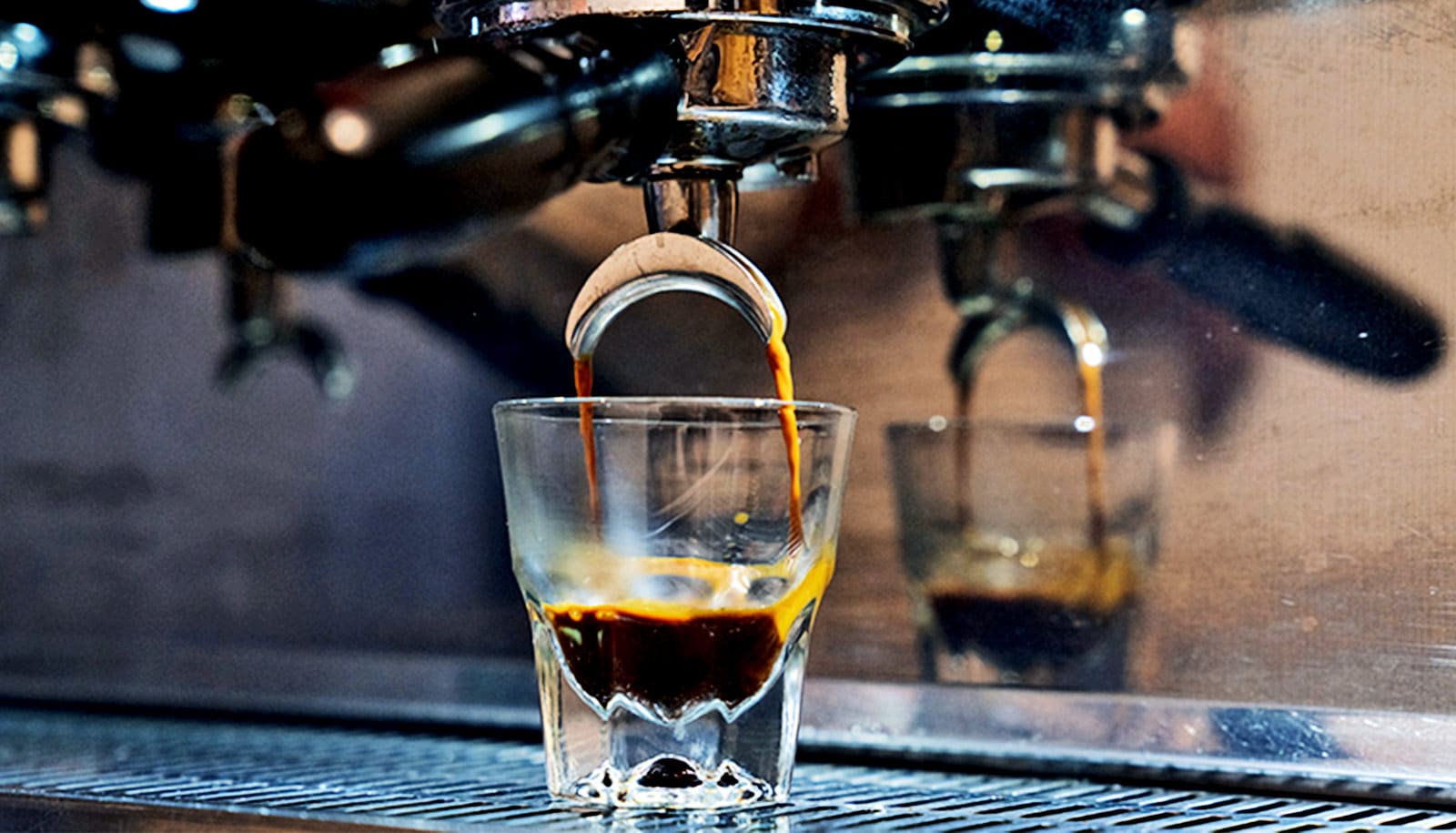