Cracking the mystery of how squids evolved to control their skin's color and brightness could lead to color-shifting camouflage.

New research gets closer to unraveling the complex mechanisms that underlie squid skin.

Squids have long been a source of fascination for humans, providing the stuff of legend, superstition, and myth. And it’s no wonder—their odd appearances and strange intelligence, their mastery of the open ocean can inspire awe in those who see them.

Legends aside, squids continue to intrigue people today—for much the same, albeit more scientific, reasons. Having evolved for hundreds of millions of years to hunt, communicate, evade predators, and mate in the vast, often featureless expanses of open water, squids have developed some of the most sophisticated skin in the animal kingdom.

“For centuries, people have been amazed at the ability of squids to change the color and patterns of their skin—which they do beautifully—for camouflage and underwater communication, signaling to one another and to other species to keep away, or as attraction for mating and other kinds of signaling,” says Daniel Morse, a professor emeritus of biochemistry and molecular genetics at the University of California, Santa Barbara. Morse has been working to unlock the secret of squid skin for the last decade.

Like their cephalopod cousins, the octopus and cuttlefish, squids have specialized pigment-filled cells called chromatophores that expand to expose them to light, resulting in various shades of pigmentary color. Of particular interest to Morse, however, is the squids’ ability to shimmer and flicker, reflecting different colors and breaking light over their skin. It’s an effect that is thought to mimic the dappled light of the upper ocean—the only feature in an otherwise stark seascape.

By understanding how squids manage to fade themselves into even the plainest of backgrounds—or stand out—it may be possible to produce materials with the same, light tuning properties for a variety of applications.

“What we’ve discovered is that not only is the squid able to tune the color of the light that’s reflected, but also its brightness,” Morse says. Research thus far has established that certain proteins called reflectins were responsible for iridescence, but the squid’s ability to tune the brightness of the reflected light was still something of a mystery, he says.

Previous research by Morse had uncovered structures and mechanisms by which iridocytes—light-reflecting cells—in the opalescent inshore squid’s ( Doryteuthis opalescens ) skin can take on virtually every color of the rainbow. It happens with the cell membrane, where it folds into nanoscale accordion-like structures called lamellae, forming tiny, subwavelength-wide exterior grooves.

“Those tiny groove structures are like the ones we see on the engraved side of a compact disc,” Morse says. The color reflected depends on the width of the groove, which corresponds to certain light wavelengths (colors). In the squid’s iridocytes, these lamellae have the added feature of being able to shapeshift, widening and narrowing those grooves through the actions of a remarkably finely tuned “osmotic motor” driven by reflectin proteins condensing or spreading apart inside the lamellae.

While materials systems containing reflectin proteins were able to approximate the iridescent color changes squid were capable of, attempts to replicate the ability to intensify brightness of these reflections always came up short, according to the researchers, who reasoned that something had to be coupled to the reflectins in squid skin, amplifying their effect.

That something turned out to be the very membrane enclosing the reflectins—the lamellae, the same structures responsible for the grooves that split light into its constituent colors.

“Evolution has so exquisitely optimized not only the color tuning, but the tuning of the brightness using the same material, the same protein, and the same mechanism,” Morse says.

It all starts with a signal, a neuronal pulse from the squid’s brain.

“Reflectins are normally very strongly positively charged,” Morse says of the iridescent proteins, which, when not activated, look like a string of beads. Their same charge means they repel each other.

But that can change when a neural signal causes the reflectins to bind negatively charged phosphate groups that neutralize the positive charge. Without the repulsion keeping the proteins in their disordered state they fold and attract each other, accumulating into fewer, larger aggregations in the lamellae.

These aggregations exert osmotic pressure on the lamellae, a semipermeable membrane built to withstand only so much pressure created by the clumping reflectins before releasing water outside the cell.

“Water gets squished out of the accordion-like structure, and that collapses the accordion so the thickness in spacing between the folds gets reduced, and that’s like bringing the grooves of a compact disc closer together,” Morse explains. “So the light that’s reflected can shift progressively from red to green to blue.”

At the same time, the membrane’s collapse concentrates the reflectins, causing an increase in their refractive index, amplifying brightness. Osmotic pressure, the motor that drives these tunings of optical properties, couples the lamellae tightly to the reflectins in a highly calibrated relationship that optimizes the output (color and brightness) to the input (neural signal). Wipe away the neural signal and the physics reverses, Morse says.

“It’s a very clever, indirect way of changing color and brightness by controlling the physical behavior of what’s called a colligative property—the osmotic pressure, something that’s not immediately obvious, but it reveals the intricacy of the evolutionary process, the millennia of mutation and natural selections that have honed and optimized these processes together.”

The presence of a membrane may be the vital link for the development of bioinspired thin films with the optical tuning capacity of the opalescent inshore squid.

“This discovery of the key role the membrane plays in tuning the brightness of reflectance has intriguing implications for the design of future hybrid materials and coatings with tunable optical properties that could protect soldiers and their equipment,” says Stephanie McElhinny, a program manager at the the Army Research Office, an element of the US Army Combat Capabilities Development Command’s Army Research Laboratory.

According to the researchers, “This evolutionarily honed, efficient coupling of reflectin of its osmotic amplifier is closely analogous to the impedance matched coupling of activator-transducer-amplifier networks in well-engineered electronic, magnetic, mechanical, and acoustic systems.” In this case the activator would be the neuronal signal, while the reflectins acts as transducers and the osmotically controlled membranes serve as the amplifiers.

“Without that membrane surrounding the reflectins, there’s no change in the brightness for these artificial thin-films,” says Morse, who is collaborating with engineering colleagues to investigate the potential for a more squid skin-like thin-film. “If we want to capture the power of the biological , we have to include some kind of membrane-like enclosure to allow reversible tuning of the brightness.”

The research appears in the journal Applied Physics Letters .

The post Squids change colors with this ‘elegant’ trick appeared first on Futurity . 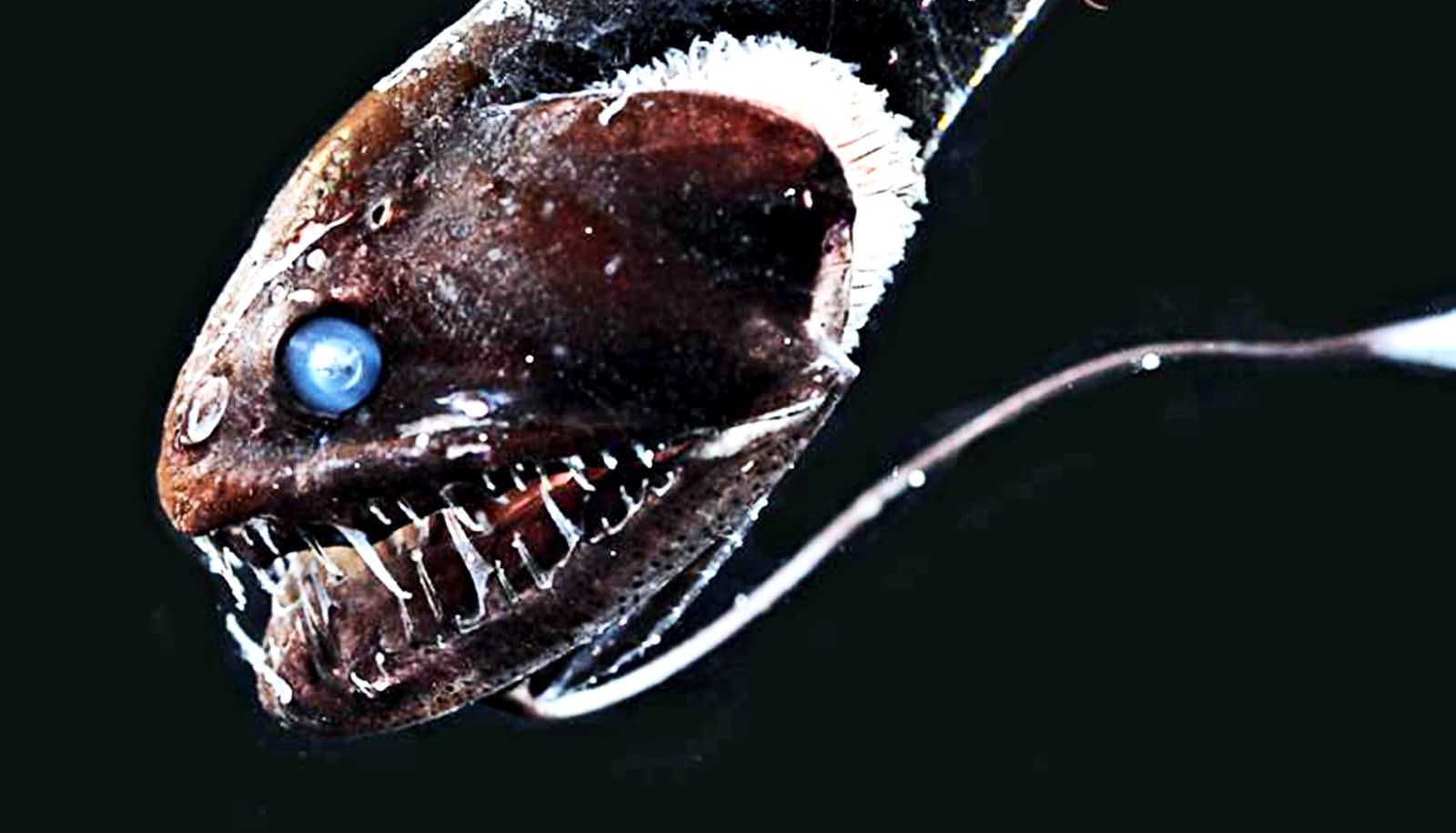