Another way that Covid can kill: Car crashes

OPINION: Traffic is down, but deaths are up. Here’s how to stay safe on the road.

Another way that Covid can kill: Car crashes

OPINION: Traffic is down, but deaths are up. Here’s how to stay safe on the road.

By Marisa Auguste By Eric Jackson

Although there are fewer cars on America’s roads since the pandemic began, the number of fatal car crashes has increased.

Early nationwide data support this counterintuitive finding: Even as daily trips from households fell significantly, preliminary data show that 28,190 people died in motor vehicle traffic crashes during the first nine months of 2020 — a 4.6 percent increase from the 26,941 reported fatalities in the same period the previous year. A similar trend has been seen in countries outside the US, such as Australia, where less traffic has not resulted in fewer road deaths.

We were curious about traffic crashes during the pandemic. So we decided to use our skills as a social scientist and a research engineer who study vehicle crash data to see what we could learn about Connecticut’s traffic deaths when stay-at-home orders first went into place last March.

Data about all crash types in the state, whether single or multi-vehicle, tell a similar story. Although preliminary, police reports have placed the 2020 total for traffic deaths at 308, a 24 percent increase from 2019.

It is unclear exactly why this is happening, but we are using data to investigate a few theories.

Data show that drivers are more likely to be speeding. Although traffic volume on Route 15 and Interstate 95 in Connecticut fell 52 percent in April 2020, the number of vehicles going more than 80 miles per hour increased by 94 percent. Other states are seeing the same trends.

American drivers are also being riskier on the road: According to the National Highway Traffic Safety Administration, the percentage of injured road users — drivers, pedestrians, bicyclists — with alcohol, marijuana or opioids in their system all increased during the pandemic.

Any death during Covid-19 — whether it’s the direct result of the virus or its indirect effects on daily life — is a tragedy. Yet there are ways to keep drivers safe during this tumultuous period.

Fewer drivers does not make speeding less dangerous. In 2010, more than one-third of fatal crashes took place on local, rural roads that tend to have relatively few cars — and nearly one-third of those crashes involved speeding.

In normal conditions, drivers often “go with the flow” of traffic, matching the speed of other cars. Without other cars around, it may be easy to unconsciously go much faster. Frequent speedometer checks can help combat this.

Setting cruise control to the speed limit — or, at most, five miles above — will lock in your speed and save you from having to check the speedometer.

During the stay-at-home period, the incident rate ratio of fatal single-vehicle crashes — meaning the odds that a driver would get into a deadly crash on any given trip — increased more than fourfold.

In addition, if you’re upset, try to avoid getting behind the wheel. The Covid-19 pandemic has left many feeling isolated, agitated or simply bored — and people who are feeling aggressive or angry are more likely to engage in unsafe driving. If you’re in a heightened emotional state, ask a friend or family member to drive, use public transit or rideshare services, take a walk or bike ride, or simply stay home.

With fewer vehicles on the road, it may also seem safer than usual to sneak a peek at your phone. That’s not the case, as the rise in phone use and fatal crashes during 2020 illustrates. To reduce the temptation of checking your phone, many free apps, such as Drivemode and Android Auto, simplify phone functions like GPS and music to minimize distractions.

This article was  produced with  The Conversation . It is part of  Reset: The Science of Crisis & Recovery , an ongoing Knowable Magazine  series exploring how the world is navigating the coronavirus pandemic, its consequences and the way forward. Reset is supported by a grant from the Alfred P. Sloan Foundation.

Marisa Auguste is a behavioral research assistant at the Connecticut Transportation Safety Research Center at the University of Connecticut. 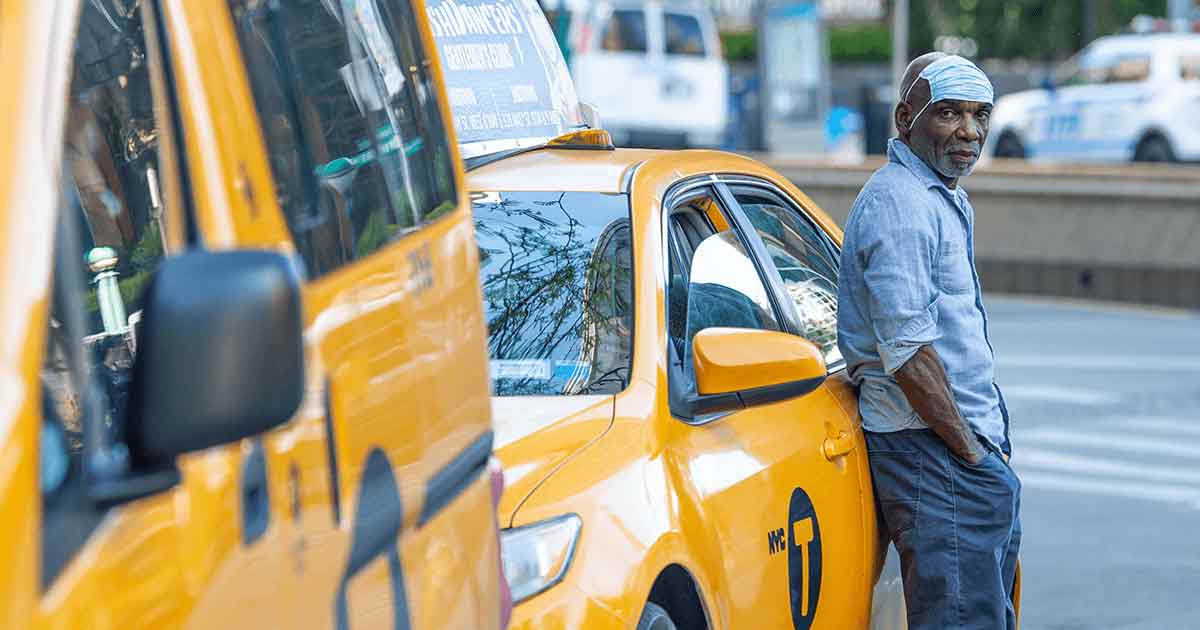