Some people get very sick with Covid-19; some die. Some have symptoms that last for months.

Yet others have only mild illness, or don’t even notice they’re infected. Last spring, as the pandemic got going, many immunologists began hunting, in patients’ blood samples, for the reason behind this broad variation. Perhaps, some surmised, the sickest patients wouldn’t have enough antibodies.

Some of the autoantibodies attack organs or tissues in a pattern that looks an awful lot like autoimmune diseases such as lupus. Others attack the immune system itself, stifling the body’s ability to fight the infection. In some cases, people have autoantibodies before they’re ever infected with SARS-CoV-2; in others, the rogue antibodies arise as the body attempts to fight the virus.

And though there’s little direct evidence so far, some immunologists speculate that autoantibodies could contribute to the lingering symptoms experienced by long-haulers, who have symptoms for weeks and months after infection.

If autoantibodies are a problem in a subset of patients with Covid-19, identifying them and treating them for that issue could help. Here’s what scientists know so far.

Antibodies are Y-shaped molecules produced by B cells in the immune system. On the two top tips of the Y, they have regions that vary from antibody to antibody, allowing them to recognize different molecules. When they stick to their targets, they trigger elimination of those molecules or the cells that contain them.

The body has a large reservoir of B cells, each of which makes its own type of antibody. If one of those B cells finds its target, it starts copying itself, creating more B cells, plus effector cells that spew the antibodies into the bloodstream and memory B cells that will store the antibody for use against future infections.

But it takes up to a couple of weeks for B cells to get to that active state, says Matthew Woodruff, an immunologist at Emory University in Atlanta. That’s because there’s a “careful weeding out” of B cells that would also target — and harm — the body’s own tissues and molecules. The immune system has a variety of ways to kill or silence B cells with these dangerous autoantibodies.

At least, that’s what should happen in a perfectly balanced immune system, says Alexis Combes, an immunologist at the University of California, San Francisco. “It’s just that, at the end of the day, the system is not perfect,” he says. There are lots of possible routes for autoantibodies to sneak through the quality control process, especially in an immune system knocked off balance by a virus like SARS-CoV-2.

Imagine, Combes says, a B cell with an antibody that binds a foreign invader, but also sticks, just slightly, to some tissue, cell or molecule in the human body. It might sneak through the quality control process.

There are other, faster ways for B cells to get activated in an emergency situation such as severe infection, says Woodruff. He studies a process by which the B cells skip some of the quality control steps to make tons of antibodies right away. Woodruff and his colleagues have seen this fast-acting process at work in people with lupus, in which the autoantibodies circulating in the blood attack bodily tissues, causing pain, swelling and damage. The most common autoantibody in lupus attacks the cells’ own DNA.

Woodruff and others have also seen a similar process in patients with severe Covid-19, hinting that their bodies could be primed to let autoantibodies into the bloodstream.

What do autoantibodies have to do with severe Covid-19?

Researchers at Yale University in New Haven, Connecticut, checked the blood of 194 people with Covid-19 for 2,770 different autoantibodies, and found way more than the usual amount, according to a preprint that has not yet been reviewed by other scientists. People with severe Covid-19 had the most. Moreover, when the researchers administered similar autoantibodies to mice before infecting them with Covid-19, the mice got sicker than animals that received only the virus.

The antibodies in people with severe Covid-19 included ones against several parts of the immune system, such as signaling molecules called cytokines and proteins on the surface of immune cells. Antibodies against a class of cytokine called interferons, for example, were present in more than 5 percent of the hospitalized Covid-19 patients. These interferons are an “alarm signal” that tells cells to fight back against viruses, says Jean-Laurent Casanova, a pediatric immunologist at the Rockefeller University in New York. So if interferons are inactivated by the autoantibodies, that alarm signal could be blunted.

Casanova and colleagues found evidence of just that in their own study. Ten percent of 987 patients with life-threatening Covid-19 — 101 total — had the anti-interferon antibodies, and those patients had little or no interferon in their blood. That likely compromised their ability to fight off the virus; more than one-third of that 10 percent died.

The findings suggest that it could be helpful to give more interferon, of a type less likely to raise autoimmunity, to people who have this particular Covid-19 complication. (In fact, Casanova says he tried that recently in a woman with high levels of autoantibodies. “She’s done great,” he says.)

Casanova says that these patients had autoantibodies before they ever contracted Covid-19. He also suspects that these antibodies may be more prevalent in older adults, who have higher risk for severe Covid infections. The autoantibodies also were much more common in men: 95 of the 101 subjects with anti-interferon were male. That might help explain why men are at higher risk for severe Covid disease, speculates Casanova, who wrote about genetic factors that can compromise the immune system and predispose people to infections for the Annual Review of Pathology: Mechanisms of Disease.

In addition to anti-interferons, the Yale team observed autoantibodies against other body parts, such as the nervous system and blood vessels, in their study. That might mean autoantibodies are wreaking havoc around the body in certain Covid-19 patients, causing organ and tissue damage the way they do in autoimmune conditions like lupus and rheumatoid arthritis.

If so, that might contribute to some of the diverse symptoms, like brain fog and muscle pain, associated with the disease in different people. The Yale researchers did see that people who had autoantibodies against part of the brain were more likely to go into a coma-like state. But a direct link between autoantibodies and specific symptoms is “far from proven at this time,” says Iñaki Sanz, another immunologist and rheumatologist on the Emory team.

Sanz, Woodruff and colleagues at Emory are investigating the link between Covid-19 antibodies and other autoimmune diseases. In an as-yet-unreviewed preprint, they’ve reported autoantibody profiles in people with severe Covid that are similar to those of lupus.

Theoretically, this suggests that treatments for autoimmune conditions, such as those that suppress B cells, might be useful for autoantibody-producing Covid-19 patients, says Sanz. But there aren’t enough data for him to recommend it yet.

It’s not unusual for autoantibodies to result from a viral infection, when the immune system is amped up. It happens in mononucleosis, dengue and rubella, to name a few diseases, but seems particularly intense in Covid-19. “In normal situations, this is self-limited,” Sanz says: The immune system manages to turn off the autoantibodies within a few weeks.

Might autoantibodies be involved in “long” cases of Covid-19?

So far, evidence pointing one way or the other is scarce, but there are a few hints that this might be the case. For example, a Boston University study — another preprint that is still to be peer reviewed, with a very small sample size — found autoantibodies in five Covid-19 patients with persistent symptoms, compared with two of four patients who recovered fully. And scientists in Europe found autoantibodies in children who developed multisystem inflammatory syndrome, a condition that can emerge a month or more after Covid-19 infections. Targets of those autoantibodies included molecules involved in the activation of immune cells, biochemical signaling and heart development.

Researchers at Emory and elsewhere now are collecting samples from people with ongoing symptoms to check out the autoantibody theory. But even if they’re right, autoantibodies might explain just a subset of long Covid cases, says F. Eun-Hyung Lee, also an immunologist at Emory. “I think there’s lots of mechanisms of why somebody may have this long-hauler syndrome.”

And for anyone who may wonder: There’s no reason to expect that someone would develop autoantibodies after receiving a Covid-19 vaccine. In fact, because people with autoimmune diseases may be at higher risk for Covid-19 complications, it’s especially important for them to get vaccinated.

This article is part of  Reset: The Science of Crisis & Recovery , an ongoing  Knowable Magazine  series exploring how the world is navigating the coronavirus pandemic, its consequences and the way forward. Reset is supported by a grant from the Alfred P. Sloan Foundation.

Amber Dance is a freelance science writer in Los Angeles. 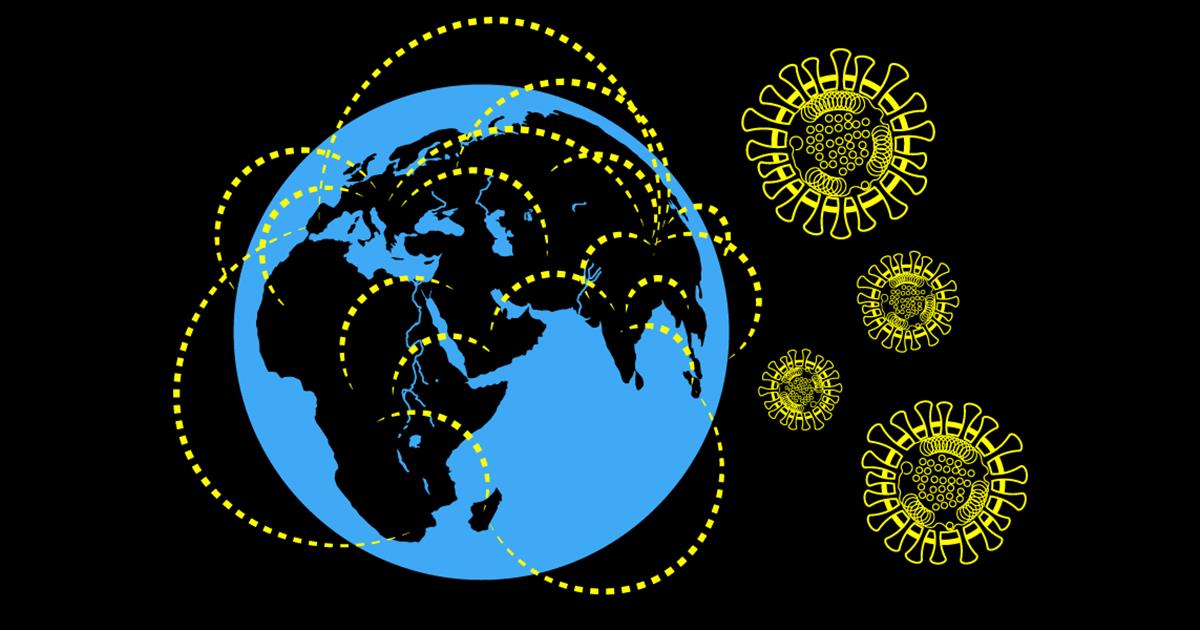 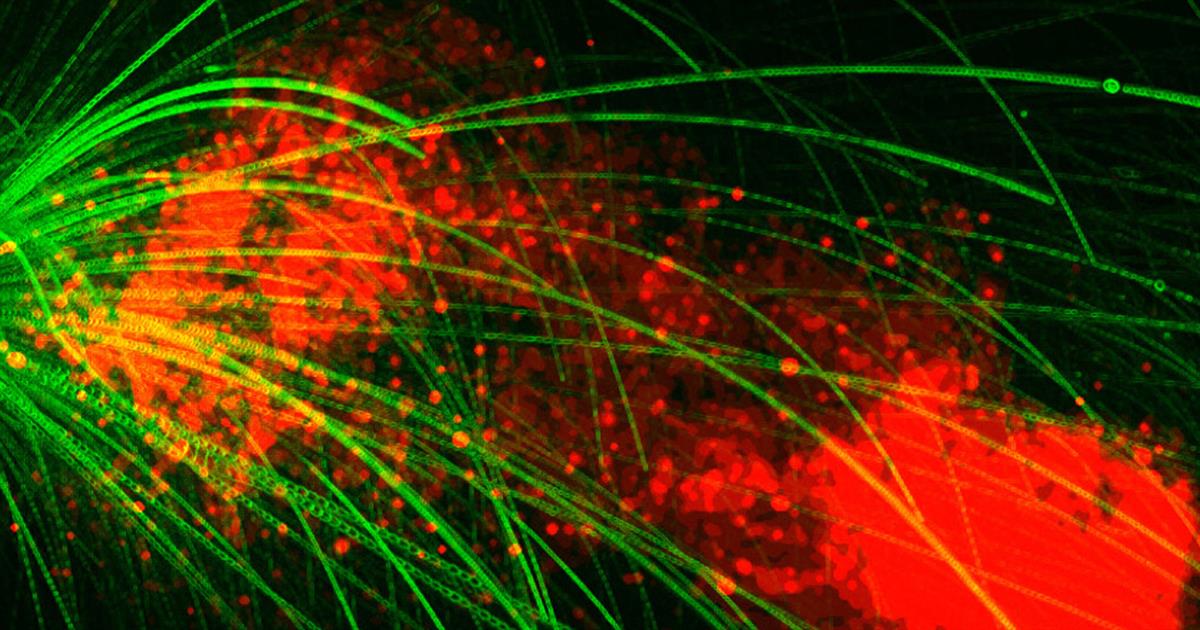 To understand airborne transmission of disease, follow the flow