Crystals of the mineral zircon are rugged enough to survive the most violent geologic events. Impurities within them provide a time capsule of planetary history.

Crystals of the mineral zircon are rugged enough to survive the most violent geologic events. Impurities within them provide a time capsule of planetary history.

Diamonds may be the hardest of gemstones, but it’s zircons that last forever. So durable are these birthstones of December that they represent Earth’s oldest known material: Some zircons from Australia date back more than 4 billion years.

But zircons aren’t just old. Much like tree rings, they can record time, revealing the ages of the rocks surrounding them and the geologic processes they have witnessed. Thanks to zircons, researchers can tell the origin stories of planets, infer when continents rose from the oceans, and perhaps even discover precious minerals beneath the Earth’s surface.

“The amount that we know about the Earth without the help of zircons is very, very small,” says Jesse Reimink, a geologist who studies the crystals at Pennsylvania State University.

The mineral zircon forms when the elements zirconium, silicon and oxygen crystallize in magma or metamorphic rock. Over time, repeated heating and cooling adds outer layers to the crystal, like successive coats of paint. Atoms of a handful of elements, such as uranium, are similar enough to zirconium atoms that they can take their place within the crystal structure. If these atoms are radioactive, they will slowly convert to another element — such as lead — through the predictable process of radioactive decay.

When this happens, the crystal becomes a clock. By blasting zircon crystals with lasers or dissolving them with acid and then measuring the uranium-to-lead ratios, for example, scientists can estimate the timing of ancient geological events with impressive precision.

And because zircons are extremely resistant to melting, cracking or eroding away, they allow researchers to date some of the oldest events on the planet.

“Zircon research is the horizon on which we are able to make discoveries about the early Earth,” says geochemist Beth Ann Bell of UCLA. “It’s part of trying to understand where we come from.”

Zircons are roughly the size of a grain of sand and researchers often have to collect, crush and sift through several kilograms of rock to get a good-sized sample. But with improved laser technology and more sensitive analytic instruments, zircon dating is getting easier and more precise — meaning scientists can extract more information from fewer crystals. “The field is evolving very rapidly,” says Martin Bizzarro, a planetary scientist at the University of Copenhagen. “People are pushing the boundaries to analyze smaller and smaller samples with the highest precision.”

Here’s some of what scientists are learning from these tiny timepieces.

The births of planets

In 2011, a Martian meteorite nicknamed Black Beauty was discovered in the Moroccan desert. Zircons within the meteorite hold clues to the Red Planet’s birth — and to the origins of its water.

Dating the zircons revealed an ancient age of 4.47 billion years, Bizzarro and colleagues found, and the crystals’ composition suggests that Mars formed within the first 20 million years of our solar system’s existence — a surprisingly quick formation. Back then, plenty of boulders, ice chunks and water vapor — the building blocks of planets — were still circling the newborn sun, waiting to be sucked in by the gravity of growing planets.

Further analyses of bits of the Martian meteorite, including ancient fragments of the planet’s crust, suggest that water may have been present on the Martian surface in the first 80 million years of the planet’s evolution. Scientists have long debated whether water has been present on Mars (and Earth) from the very beginning, or if it arrived later from icy asteroid bombardment. If water emerges on other planets when they form quickly, then “there should be plenty of water worlds in the galaxy and potentially habitable planets,” Bizzarro says.

The rise of continents

Some scientists believe that Earth was completely covered in water before the first continents emerged around 3 billion years ago. How quickly the Earth’s landmasses rose from the seas, however, has remained a mystery. Zircons deposited in ancient riverbeds and oceans have recently helped geologists chronicle this massive event, lending insights to the evolution of life on land and to climate regulation.

Zircons, carrying age signatures of their original locations, are released into rivers by erosion, deposited downstream and compacted into sedimentary rocks. Rocks that contain a wide range of zircon ages probably came from a large number of eroded rock sources, and thus a larger watershed. To determine the size of ancient watersheds, and thus the growth of early continents, Reimink analyzed zircon age data from more than 4,200 rock samples from around the world. The results, published in Earth and Planetary Science Letters in 2021, suggest that the continents took 500 million years to reach their current heights once they began rising from the oceans 2.8 billion years ago.

This finding can help scientists understand all kinds of things, such as when the Earth’s oceans began absorbing huge amounts of volcanic gases including carbon dioxide from the atmosphere, a process that altered the climate and shaped Earth’s ability to sustain life.

The earliest signs of life

A 4.1-billion-year-old crystal discovered in Jack Hills, Australia, harbored what could be some of the earliest evidence of life on Earth. If true, the find suggests that life began fairly quickly after the formation of the planet some 4.54 billion years ago.

The zircon had specks of pure carbon, also known as graphite, preserved within its structure. These inclusions contained a common form of carbon known as carbon-12, along with unusually low levels of its heavier counterpart, carbon-13. Plants and algae preferentially store the lighter carbon-12 during photosynthesis, so researchers use carbon ratios to distinguish fossils of once-living organisms from ordinary rocks.

The lighter material in the inclusions, says Bell, “is consistent with what we see in life today.” Of course, pinning down when life emerged is tricky and often controversial: Very old fossils are scarce and scientists don’t always agree on how to interpret them. Because Bell and her colleagues, who reported the find in the Proceedings of the National Academy of Sciences in 2015, found only one graphite-flecked zircon pristine enough to definitively rule out contamination, there is skepticism. “But people haven’t really been looking for graphite in zircons for very long,” says Bell. Additional research — and zircons — are needed to add certainty.

The threat of volcanoes

Supervolcanoes can present serious threats, and researchers are increasingly looking to zircons to help predict the next flare-up. Zircons spewed out in prior eruptions can shed light on what’s going on beneath the surface in the lead-up to a blowout, such as how long it takes for magma to build up before breaching the surface, says volcanologist Fidel Costa of the Earth Observatory of Singapore.

In one such instance, an international team of scientists analyzed zircons that were erupted from the Nevado de Toluca volcano over the last 1.5 million years. The analysis, published in November in Nature Communications, suggests that only a fraction of the dormant volcano’s magma has been erupted, and if the magma begins to move again, the volcano could erupt within a human lifetime.

Such zircon-informed timescales, says Costa, who recently outlined the state of geochronology of volcanic rocks in the 2020 Annual Review of Earth and Planetary Sciences, “give us an indication of how much time we have to get ready.”

The lure of precious metals

Exploring for minerals deep in the ground is no easy task, but zircons in rocks near the surface might lead prospectors to lucrative mining spots. In a case study, researchers in southern British Columbia confirmed that local zircons held clues to the copper deposits hidden below. The zircons evaluated contained high levels of the element europium, an indicator that the region’s rocks formed from water-rich magma — a prerequisite for the formation of a particular kind of copper deposit, researchers reported in Economic Geology in January.

Many economically valuable minerals, such as gold, form in the same regions of molten, rocky mush beneath the Earth’s surface that zircons originate in. The new research suggests that collecting zircons from rocks at the surface may be a fruitful way to learn whether the surrounding rockbeds have the right chemistry or age to be fertile grounds for desired metals.

Zircons are so useful and scientists are so enthusiastic about them that relevant geologic information in non-zircon rock samples is sometimes ignored, notes Scott Bryan of the Queensland University of Technology in Brisbane, Australia. (Bryan published a reminder of zircons’ limitations in 2018 in Earth-Science Reviews.) Still, he adds, while including other analyses surely provides a more holistic view of Earth’s distant past, zircon dating is the best tool going for geochronology. Zircons convey so much about the past, present and future that they’re the closest thing scientists have to a crystal ball.

Cypress Hansen is Knowable Magazine’s writing intern. She’s never been impressed with diamonds, and might just ask for a zircon in her wedding ring. Follow Cypress  @pollenplankton.

New projects broaden the search for alien signals from space 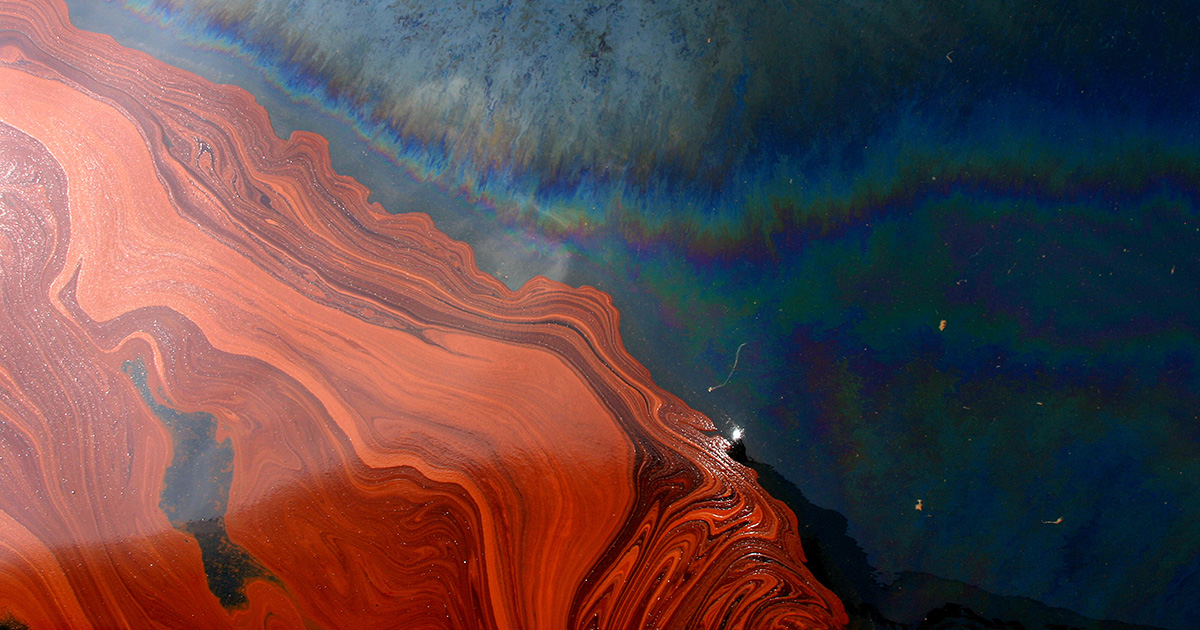 Eyes on the deep