Not everybody with eye pressure needs treatment to save vision

Not all patients with elevated eye pressure need treatment, according to a new study that shows most don’t go on to lose vision from glaucoma.

Not all patients with elevated eye pressure need pressure-lowering treatment to prevent vision loss from glaucoma, according to a new study.

The findings come more than 20 years after the launch of a landmark clinical trial, follow-up examinations, and analyses.

When the Ocular Hypertension Treatment Study launched, it was universally accepted that all patients with elevated eye pressure should be given medication to lower that pressure.

Researchers recruited more than 1,600 patients nationally who were at moderate to high risk for glaucoma because of elevated eye pressure. The purpose was to evaluate how successful medication was at preserving vision.

The researchers randomly selected half of the patients to receive daily treatment with eye drops to lower intraocular pressure, and observed the other half without treatment. After seven years, when the treatment had been shown to be highly effective, the researchers gave patients in both groups the treatment. In this latest phase of the study, researchers evaluated which patients went on to develop glaucoma after the initial study had concluded.

As reported in JAMA Ophthalmology , the researchers found that about 25% of study participants went on to develop vision loss from glaucoma in at least one eye, a lower rate than what was expected. The conventional thinking had been that most patients with elevated eye pressure probably should receive treatment.

“But treating elevated eye pressure can be expensive and inconvenient, so we wanted to determine whether all individuals with high pressure should be treated,” says Michael A. Kass, professor of ophthalmology and visual sciences at Washington University in St. Louis.

“With only 25% of the individuals in the study developing vision loss in one or both eyes after all these years, we know now that not all of those patients needed to be treated,” Kass says.

Number 1 cause of blindness in Black Americans

Glaucoma is one of the leading causes of blindness in the United States and the number 1 cause of blindness in Black Americans. Elevated eye pressure develops in 4% to 7% of the people in the US over age 40, and the conventional wisdom prior to the study had been to prescribe pressure-lowering drops. But those medications can cost hundreds of dollars per year; can cause side effects in some people; and many people, especially older individuals, find it difficult to put drops in their eyes every day.

Fluid in the eye regularly flows in and out. Elevated pressure results when the fluid drains too slowly.

In the initial phase of the study, the incidence of glaucoma fell significantly in those who received treatment.

“We showed that preventive treatment clearly works because it reduced the incidence of glaucoma by 50% to 60% after five to seven years,” says Kass, who served as national chair of the study. “But even with that substantial decrease, the total number of people who developed glaucoma remained relatively low. We had shown that treatment is effective, and we demonstrated that not everyone with high eye pressure needs to be treated.”

The follow-up analysis sought to uncover patterns and risk factors to identify which patients needed pressure-lowering treatment, and which might simply require monitoring. Of the study participants, 46% had evidence of glaucoma in one or both of their eyes, but only 25% had experienced any vision loss when examined 20 years after the study’s launch.

“One of the strengths of our study was that about one-quarter of the patients we followed were Black, a group with a higher incidence of visual loss from glaucoma,” says Mae O. Gordon, a professor in the ophthalmology and visual sciences department and in the biostatistics division, who led the data analysis for the national study.

“We found that over the course of the study, more than half of the African American patients did develop signs of disease. However, Black individuals had similar outcomes to people from other groups when they were matched for the same levels of risk.”

Early in the study, the researchers identified five factors that predicted which patients were at higher risk for developing glaucoma. These factors—confirmed by the follow-up analysis—were useful in deciding how often patients need to be examined and whether they might benefit from preventive treatment.

These factors are a patient’s age, level of intraocular pressure, thickness of the cornea , a measurement of the appearance of the optic nerve head, and another measurement derived from standard visual field tests.

When those factors are quantified, it’s clear many patients with elevated pressure can be managed by regular monitoring and may not require treatment, Kass says. The long-term study demonstrates that patients and their doctors can work together to decide whether and how to begin treatment to lower eye pressure and that finding the best course for treating people with high intraocular pressure is not a one-size-fits-all proposition.

“Elevated pressure in the eye should start a conversation between doctors and patients to determine the best approach,” Kass says.

The study also shows that the risks associated with delaying the start of drug treatment are relatively low. People randomly assigned to observation in the early phase of the study, before switching to pressure-lowering drops later on, had only a slightly higher risk of vision loss after 20 years than those who used pressure-lowering eye drops from the start of the study.

“We can delay pressure-lowering treatment until early damage is detected, and it doesn’t seem to adversely affect long-term outcomes,” Kass says.

The National Eye Institute, the Institute of Clinical and Translational Sciences of the National Institutes of Health, and Research to Prevent Blindness funded the work.

The post Not everybody with eye pressure needs treatment to save vision appeared first on Futurity . 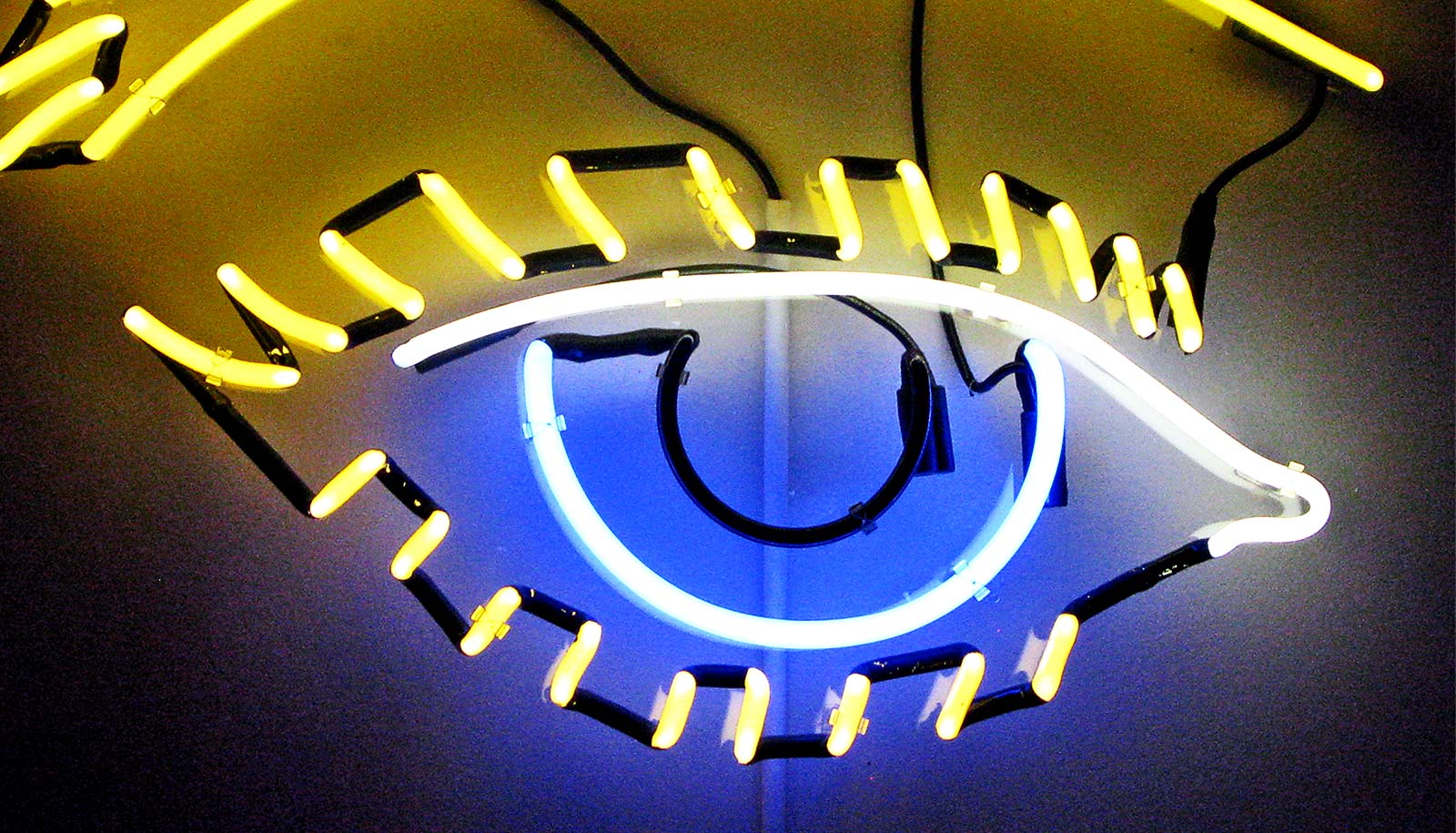 Hydrogel could treat glaucoma without surgery or drugs 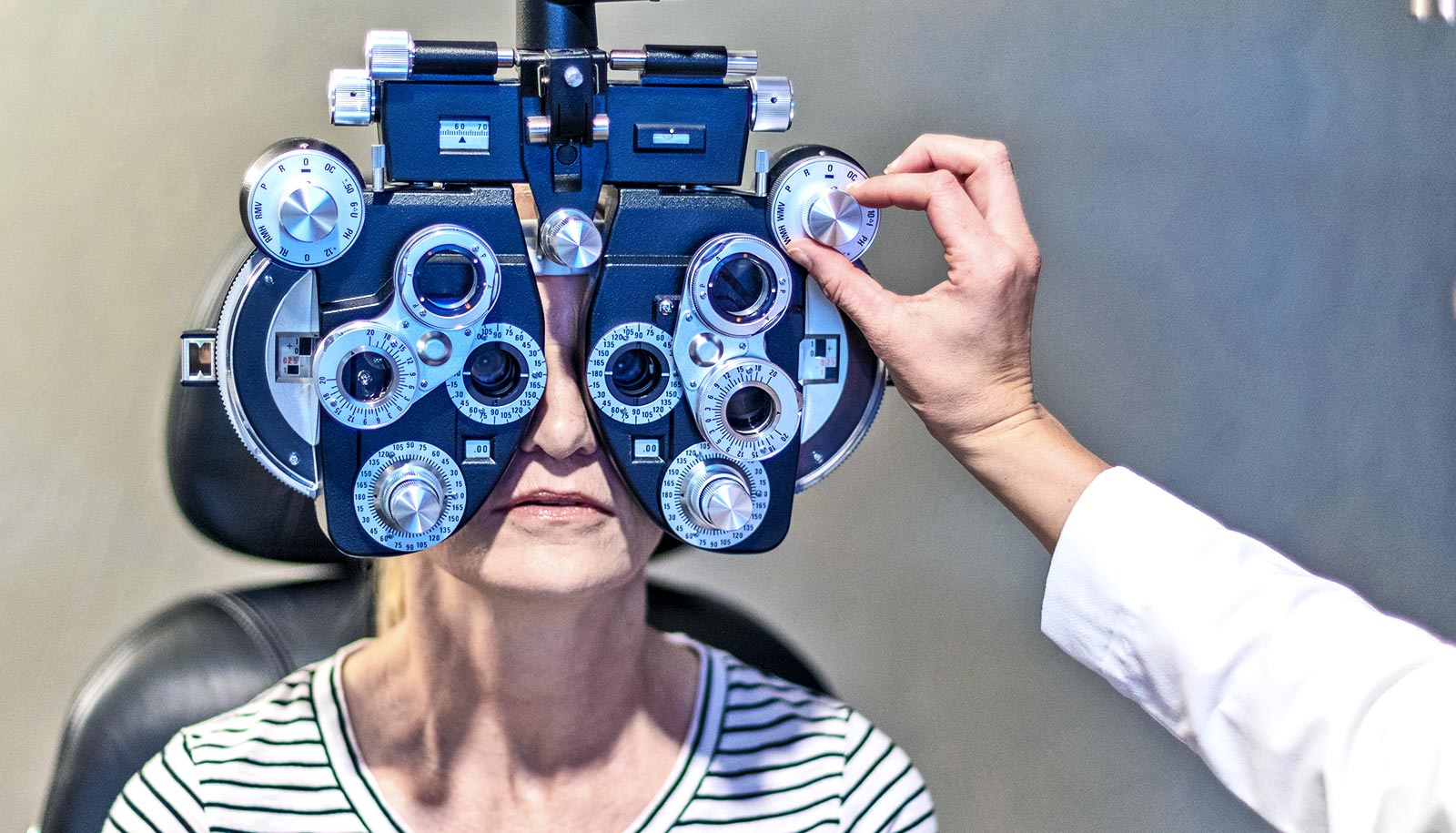 AI could give eye charts a personalized overhaul