Whitest paint ever made is also the coolest

The whitest paint ever made could keep buildings cool enough to reduce the need for air conditioning, researchers say.

In an effort to curb global warming, engineers have created the whitest paint ever made.

Coating buildings with this paint may one day cool them off enough to reduce the need for air conditioning, the researchers say.

In October, the team created an ultra-white paint that pushed limits on how white paint can be. Now they’ve outdone that. Not only is the new paint whiter, it can also can keep surfaces cooler than the formulation the researchers had previously demonstrated.

“If you were to use this paint to cover a roof area of about 1,000 square feet, we estimate that you could get a cooling power of 10 kilowatts. That’s more powerful than the central air conditioners used by most houses,” says Xiulin Ruan, professor of mechanical engineering at Purdue University.

The researchers believe that this white may be the closest equivalent of the blackest black, “Vantablack,” which absorbs up to 99.9% of visible light . The new whitest paint formulation reflects up to 98.1% of sunlight—compared with the 95.5% of sunlight the researchers’ previous ultra-white paint reflected—and sends infrared heat away from a surface at the same time.

Typical commercial white paint gets warmer rather than cooler. Paints on the market designed to reject heat reflect only 80%-90% of sunlight and can’t make surfaces cooler than their surroundings.

A paper showing how the paint works appears in ACS Applied Materials & Interfaces .

Two features give the paint its extreme whiteness. One is the paint’s very high concentration of a chemical compound called barium sulfate, which also makes photo paper and cosmetics white.

“We looked at various commercial products, basically anything that’s white,” says Xiangyu Li, a postdoctoral researcher at the Massachusetts Institute of Technology, who worked on this project as a Purdue PhD student in Ruan’s lab. “We found that using barium sulfate, you can theoretically make things really, really reflective, which means that they’re really, really white.”

The second feature is that the barium sulfate particles are all different sizes in the paint. How much each particle scatters light depends on its size, so a wider range of particle sizes allows the paint to scatter more of the light spectrum from the sun.

“A high concentration of particles that are also different sizes gives the paint the broadest spectral scattering, which contributes to the highest reflectance,” says Joseph Peoples, a PhD student in mechanical engineering.

There is a little bit of room to make the paint whiter, but not much without compromising the paint.

Why white paint is cool

The paint’s whiteness also makes it the coolest on record. Using high-accuracy temperature reading equipment called thermocouples, the researchers demonstrated outdoors that the paint can keep surfaces 19 degrees Fahrenheit cooler than their ambient surroundings at night. It can also cool surfaces 8 degrees Fahrenheit below their surroundings under strong sunlight during noon hours.

This white paint is the result of six years of research building on attempts going back to the 1970s to develop radiative cooling paint as a feasible alternative to traditional air conditioners.

Ruan’s lab had considered over 100 different materials, narrowed them down to 10 and tested about 50 different formulations for each material. Their previous ultra-white paint was a formulation made of calcium carbonate, an Earth-abundant compound commonly found in rocks and seashells.

The team has filed patent applications for the paint formulation through the Purdue Research Foundation Office of Technology Commercialization. The Cooling Technologies Research Center at Purdue University and the Air Force Office of Scientific Research through the Defense University Research Instrumentation Program funded the work.

The post Whitest paint ever made is also the coolest appeared first on Futurity . 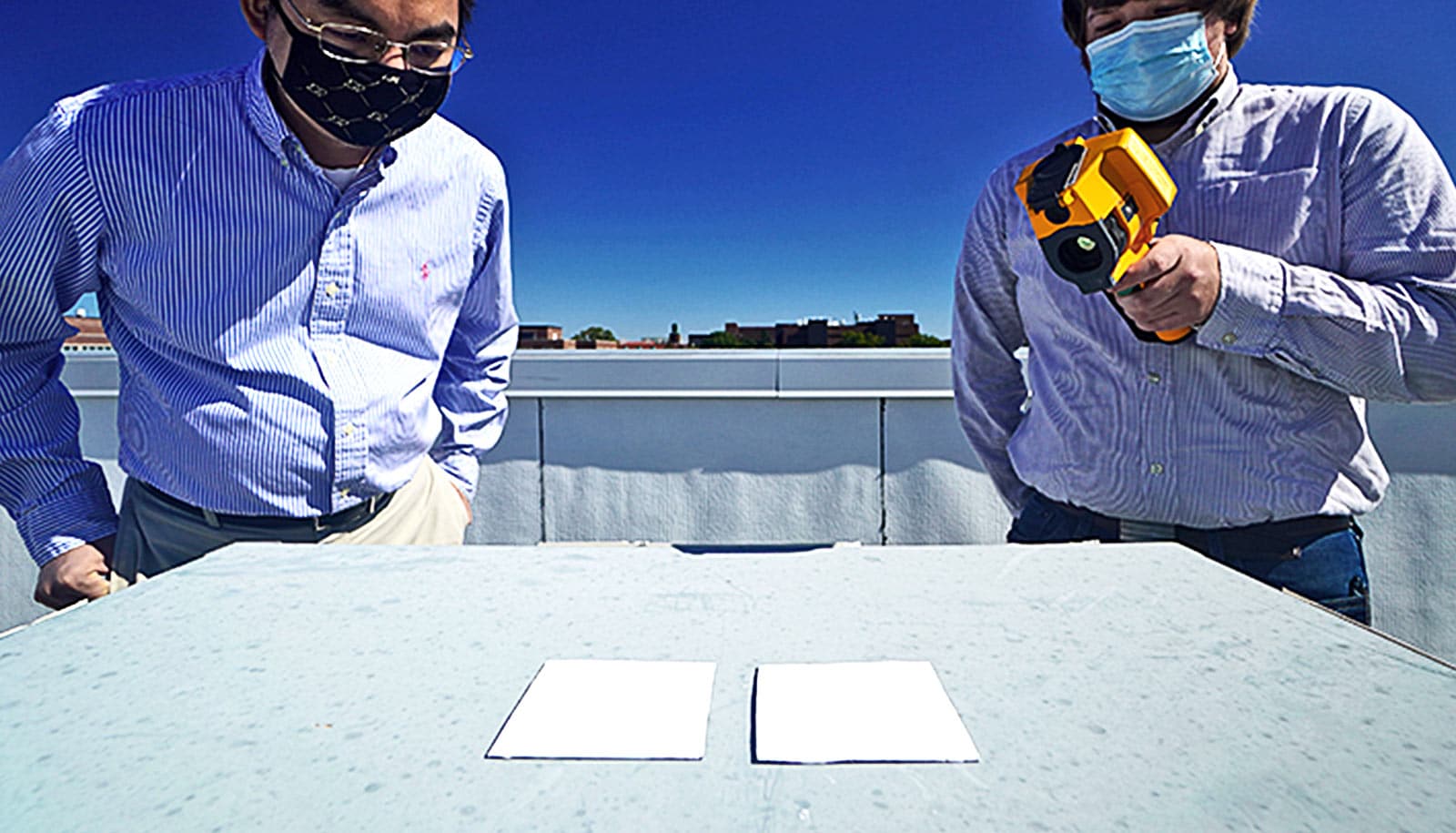 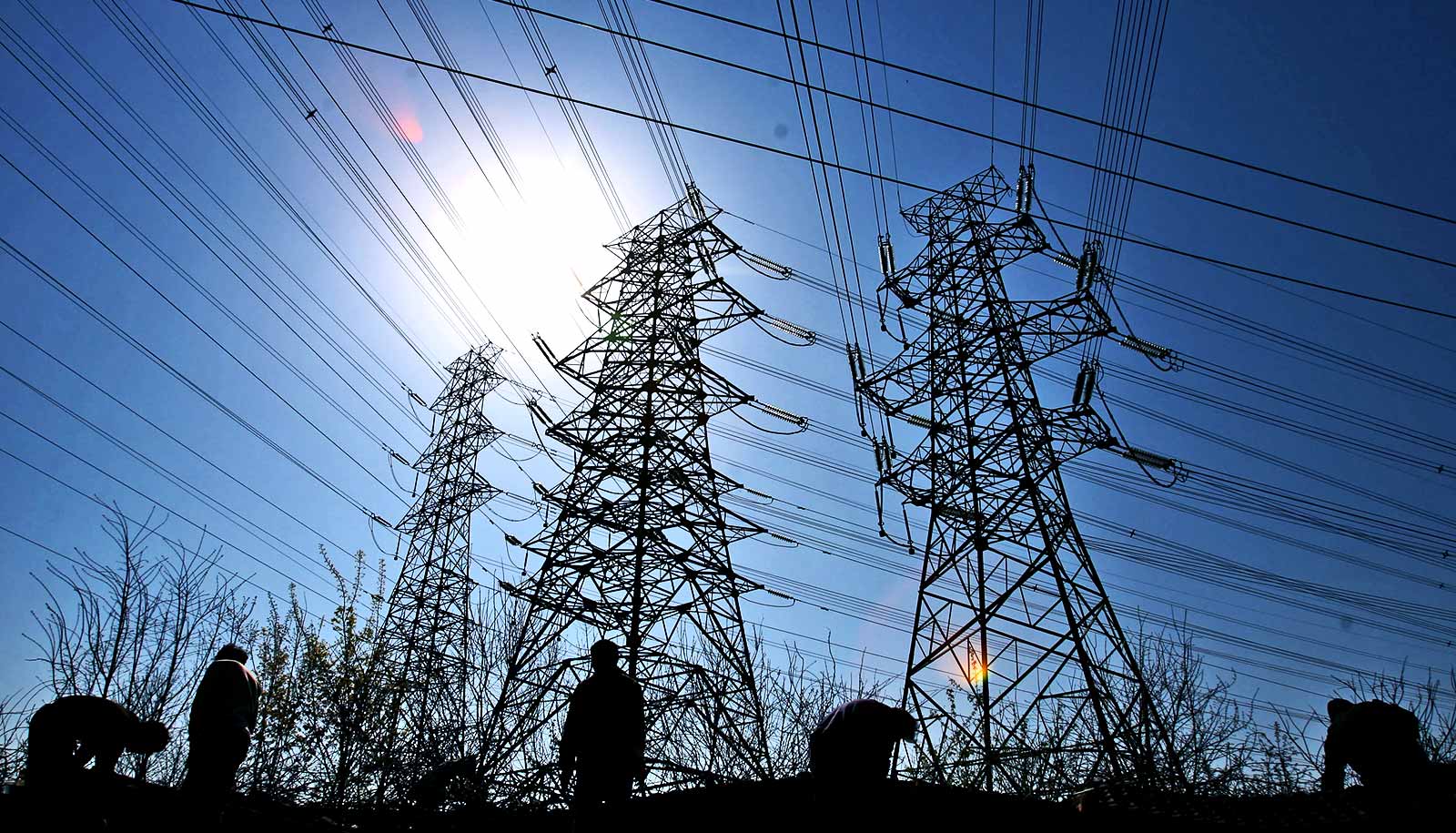 As temperatures rise, so will China’s energy use